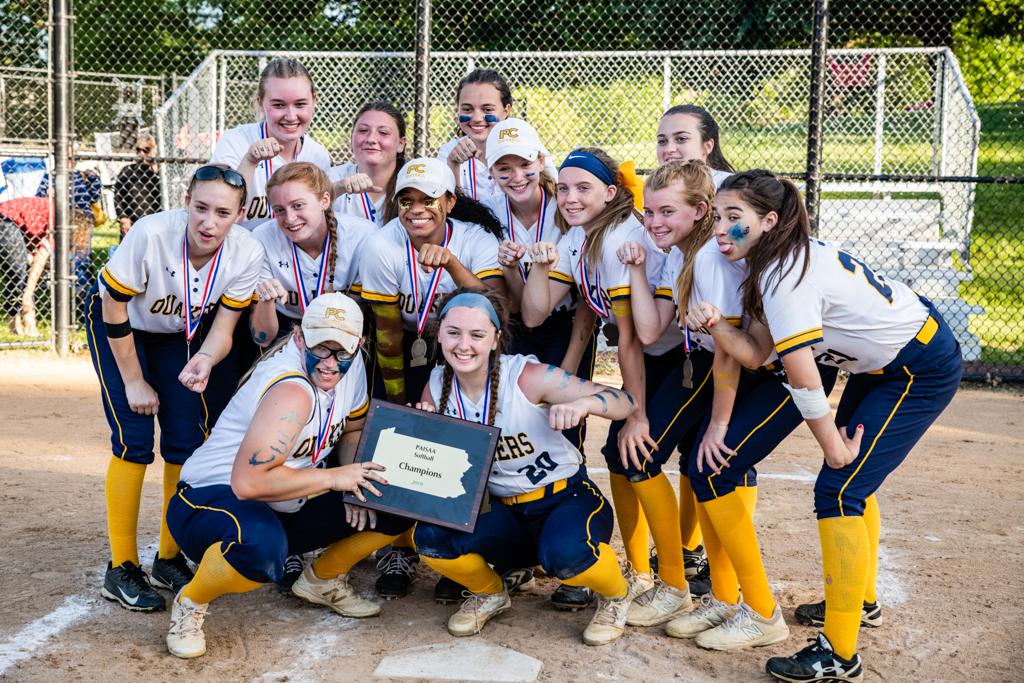 GLENSIDE, PA--The top-seeded Penn Charter Quakers’ softball team has gone all the way this 2019 season. The team secured a 5-1 victory over the second-seeded Notre Dame Academy Fighting Irish in the Pennsylvania Independent Scholastic Athletic Association (PAISAA) final match on Friday, May 24, at Arcadia University to take home the PAISAA trophy.

The Quakers claimed the Inter-Ac Title with an unblemished record just a few weeks ago.  This victory was icing on the cake.

“With all the hard work and dedication, we put into this season, I think we deserve this,” said catcher Luciana Boggi. “This is the closest team I’ve been on in my life.”

“I just dug a little deeper, showed what I was made of and kept going,” said Lewis. “I never let up.”

It was a difficult way for the Irish to end its year, but this proved to be their greatest one ever going all the way to the title game after falling in the 2018 semifinals.

“Overall, I think we really exceeded all expectations we had on the season,” said Notre Dame junior pitcher Grace Jackson. “I’m really proud of how we finished.”

“Throughout the season, my team has been really supportive,” Jackson said. “They’ve always had my back in the field. They’ve done a really good job.”

After a scoreless second inning, the Irish cut the score in half in the top of the third. Grace's younger sister Hannah Jackson and co-captain Caroline Adams singled. Jackson scored on a sacrifice fly by Haub. Penn Charter got that run right back and even more. Solow and Lewis singled. Co-captain Abbey Quinn (West Chester University) hit a sacrifice fly that brought home Solow. Boggi drove in a run to make it a 4-1 game.

The fourth and fifth innings came and went but the Quakers proved they were still in it to win it in the bottom of the sixth. Boggi tripled for her third hit of the afternoon. Emily Spencer came in as her courtesy runner and scored.

Notre Dame was determined not to let its guard down going in to the seventh.  Grace Jackson made a hit to first base and then made it to second base off of a single by Haub. It was down to the last out when a grounder was hit toward Manion who tallied the game winning out to seal the championship.

“You just want to put the ball in play and make something happen,” said Solow, who scored the first run of the day. “I had a great team right behind me cheering me on.”

Despite a four-run deficit, the Irish fought until the very end.

“I think we did a pretty good job of getting people on base,” said Hannah Jackson.

PC's junior pitcher Anastasia Lewis talks about how proud she is of her team.