FIELD HOCKEY: Bonner-Prendie Grad Riley Dolan is Making Her Mark on and off the Field at Villanova 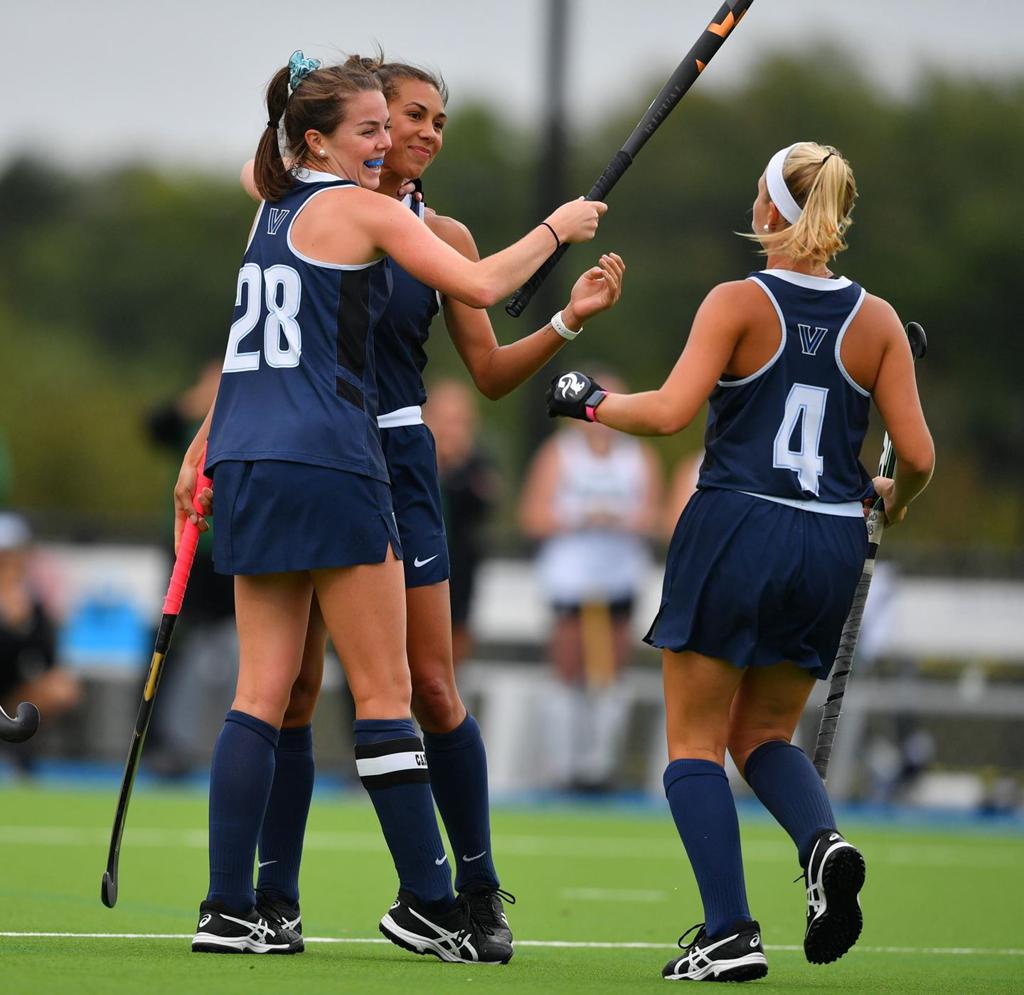 Riley Dolan has been a force in Villanova's midfield.

Other coaches in the BIG EAST knew she would be before the season; they selected her as the Wildcats only representative to the coaches All-Preseason team in August.

And even as one of the team's top players, Dolan's ambitions extend beyond field hockey.

They start with her main life goal: to become a nurse practitioner.

The junior from Broomall, Pa., says besides being on the field hockey team, being a nursing student the last three years has been the highlight time at Villanova.

"(When) I graduate after four years, I can become a registered nurse after taking my NCLEX exam," she said.

She said she knew from a young age that she wanted to grow up to do something in the medical profession.

"It's funny my mom, dad, brother and sister, they're not fond of blood," Riley said. "My mom always said 'we're going to need someone to take care of us when we're older.' So I always kept that in the back of my mind."

Riley has emerged at that person in her family.

She loves that nursing gives her the ability to connect with a wide variety of people and help make them feel better.

It's a passion she also shares with teammates Suzie Clark, Rachael Overlander, Emily Clarke and Maggie Mick, who are all nursing majors themselves.

While her major takes up a lot of time, especially with the intensive studying required, she has made it a priority to balance both being a student and an athlete.

Not only is she on the team, she's a co-captain, a position she shares with close friend and teammate, senior back Christen Pennington.

"I love being a captain with Riley. She is such a great leader and genuinely cares about the success of the team and everyone on it," Christen said. "Her and I work so well together because we are such great friends and we bring that same chemistry into being captains."

This season, Riley has already recorded one goal and four assists and has been in every one of the Wildcat's 10 lineups.

But what she brings to this team goes beyond the stat sheet.

"She gives full effort at all times and really is a true team player," head coach Joanie Milhous said.  "As a captain, she leads by example and always has a positive attitude. I love having her on our team."

Although her and Villanova have been through its share of adversity this season, she has stayed true to her positive mindset, knowing that they will turn it around.

Heading into a BIG EAST match against Quinnipiac on Friday, Riley and the team are looking for their first conference win of the season.

She knows her close relationships with her teammates is an advantage for the team.

"Being on a team is super special to me," Riley said. "They have been my best friends since I got to college. I'm so lucky to be on a team and have them."