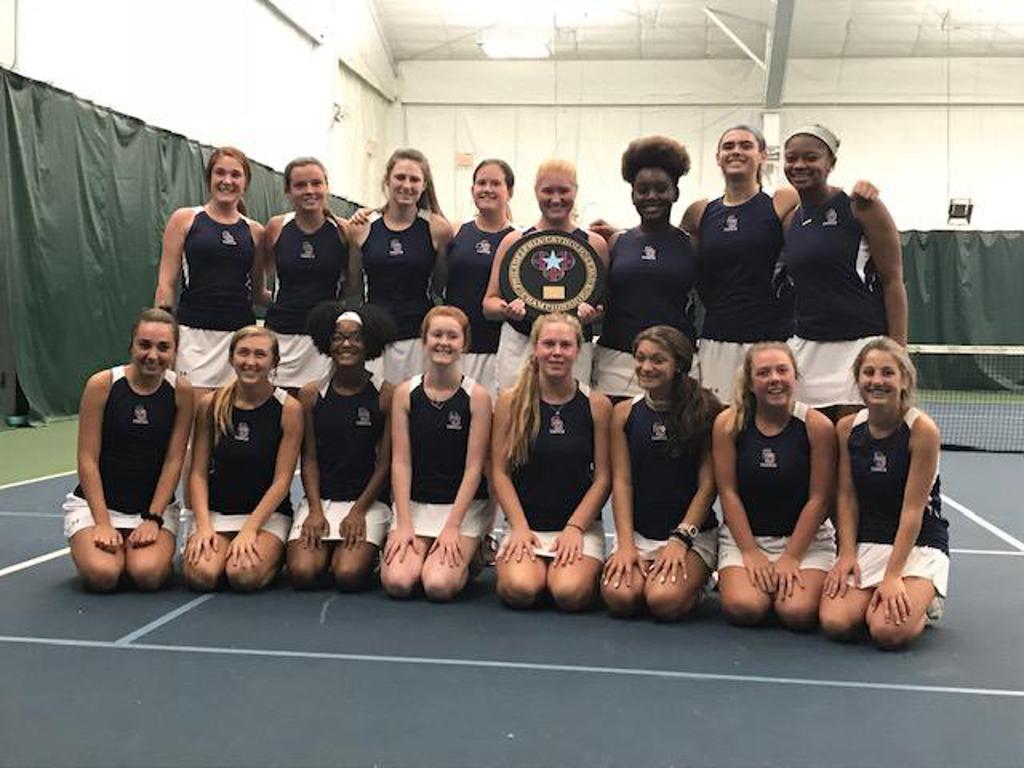 The Lady Lions, with an undefeated (7-0) league record, were able to continue one of the most dominant streaks in the PCL on Thursday at Legacy Tennis. O' Hara defeated Archbishop Carroll, 5-0 to secure a school record sixth title under head coach Patty Fitzgerald. This is the sixth straight championship for Cardinal O’Hara and their 16th consecutive appearance in the PCL finals.

“[This win] is just so exciting,” said  Fitzgerald. “Every year is different because there are new girls, girls leave, girls come in. We had two great freshman this year that were a great addition to our team, especially my first singles player.”

One of those freshman was Samma Zahran. Zahran captured victory over Carroll’s Cecilia Frohner 6-1, 6-2 on the No. 1 singles court. Zahran was familiar with Frohner from their previous meeting earlier in the season and used the experience to her advantage.

“I had a good mindset when I walked on the court,” said Zahran. “I played her before, so I knew her strengths and weaknesses, and I used that and I played my game.”

After Zahran, O’Hara’s senior Kylie Seeger and freshman Jordan Graney continued their undefeated streak picking up the next win against Carroll’s Sadie Salas and Gianna Gentile 6-0, 6-4 on the No. 2 doubles court. This was an exciting win for the two, but more specifically for Seeger, the senior finally got her shot in the PCL title.

“It feels great this year. This is my first year playing, even though it’s my third year coming here, it’s my first time ever playing,” said Seeger. “It feels amazing watching everyone win, but it feels incredible to actually play and win.”

This championship victory caps a dominant six-year stretch for Cardinal O’Hara. When asked how they’re able to sustain their winning ways, every member of the Lady Lions had the same response: Patty!

“Our amazing coach Patty, she keeps us motivated, she gives us great advice,” said Zahran. “We work on specific shots and everything we need to before matches.”

“I think it’s our coach Patty. She always works us hard and is a constant with our team and keeps it positive,” said Lynch.

“She’s wonderful. She’s a great person, great coach, just really dedicated to this team,” said Seeger. “I don’t know how she puts up with us and she coaches the boys' team too. She always knows what to say to get us confident and pumped up.” 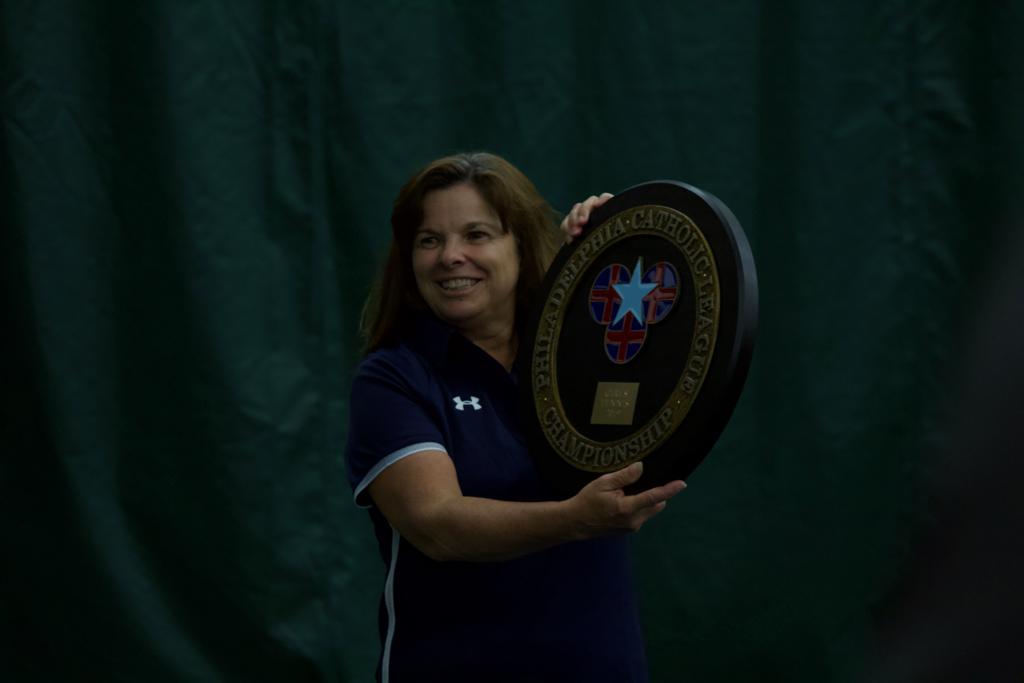 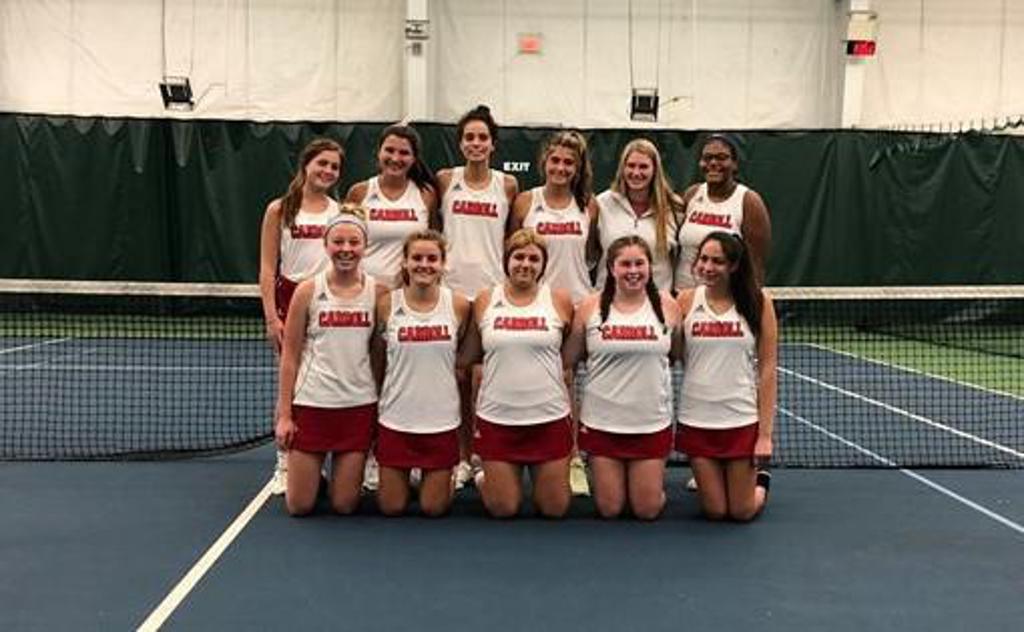 Archbishop Carroll senior captain Cecilia Frohner talks about her team making it to the final championship after 13 years.

As impressive as O’Hara’s 16-year run has been, the most impressive part may be the fact it doesn’t seem to be coming to an end any time soon. Even though they will be losing five players to graduation, coach Fitzgerald knows her girls will be ready for another run.

“I’m thinking the girls will adjust. They're going to be working in the off season and they are going to improve their game and they’ll be ready for next year,” said Fitzgerald. “They like coming back here.”

Cardinal O’Hara will be competing for the PIAA 3A Championship this Thursday at Legacy Tennis. The match is set for 12 p.m.