PHILADELPHIA - They play 12 games, and their first order of business is making it to the final eight. Once there, it’s do or die for the rest of the way.

This weekend, Catholic League boys’ soccer begins the postseason. Regardless of where teams finished in the standings, they can’t avoid pressure because every little thing that happens during 80 – or more – painstaking minutes is magnified when the season is on the line.

A crazy bounce here or a crazy bounce there . . . a spotty red card violation . . . inconsistent officiating . . . hitting the goal post or a crossbar.

“Home field is always a good advantage to have, especially if you’re a team that is used to playing on turf or maybe a field with different dynamics or dimensions,” said Roman Catholic coach Ray DeStephanis.

“Honestly, though, the league this year has been fairly balanced and on any given night, a positive result is there for the taking.”

The quarterfinals were preceded by two very tight play-in games.

Seven-seed Archbishop Ryan got two goals from junior Sidiki Fofana and defeated visiting 10-seed Cardinal O’Hara, 3-2. The Lions were hoping to emulate their performance in an October 4 match against Ryan, when they came within seconds of a victory. But on literally the last touch of regulation, Ryan tied the game and it finished deadlocked at 1-1 after two overtime periods.

“It’s really special to make the playoffs and as a senior, we were all excited for the game,” said O’Hara senior Johnny Sawyer. “We had better expectations for the season, but we finished the season strong.”

Nine-seed Conwell-Egan upset eight-seed Archbishop Carroll in penalty kicks. A 1-1 tie and two overtime periods were not enough to determine a winner. C-E outscored the Patriots, 4-3, in PKs.

“It’s great that we made the playoffs,” said Carroll junior Sean Bruce. “I mean, even though we had a rough start in the beginning of the season, we never gave up and kept on working hard to find ourselves a spot.”

Before the game, Conwell-Egan junior Josh Rifkin was asked what the season highlight had been.

“Definitely beating Ryan was our biggest win of the season so far,” said Rifkin, referring to a 3-1 victory on September 20. “We came together and played real soccer. Beating Ryan was the most talked about thing in Egan that week. Everyone was super proud and I think it gave us the momentum to go on and make playoffs.” 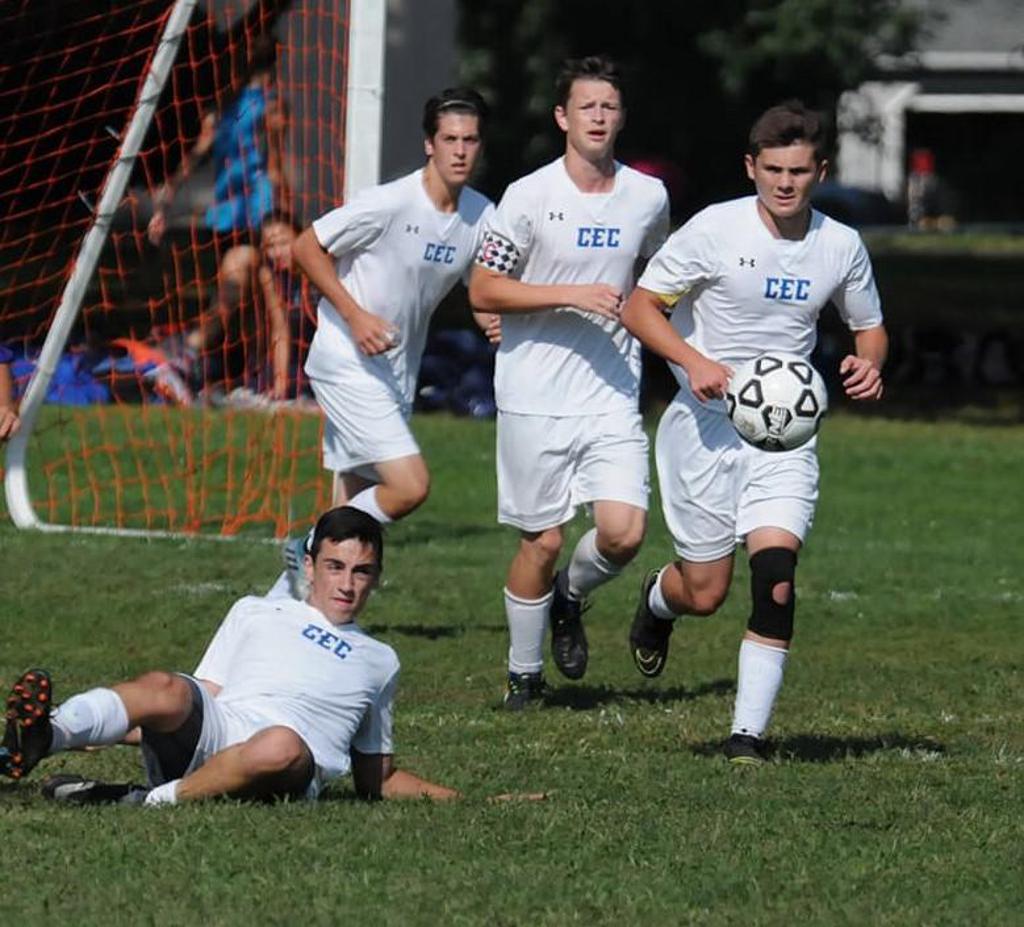 In the quarterfinals, Conwell-Egan will visit top-seed La Salle 3:00 Friday. The 11-1 Explorers’ lone blemish was a 2-0 loss to Lansdale Catholic. In six games since, La Salle has gone 6-0 and outscored the opposition by 22-2. During the regular season, La Salle dominated the visiting Eagles, 8-1, on September 11.

“It was very important for our team,” said Heinemann. “We have a great tradition of soccer at La Salle and we wanted to keep that going. We have worked hard as a team all season and really play for each other. It gives us confidence going into the playoffs against really good teams. 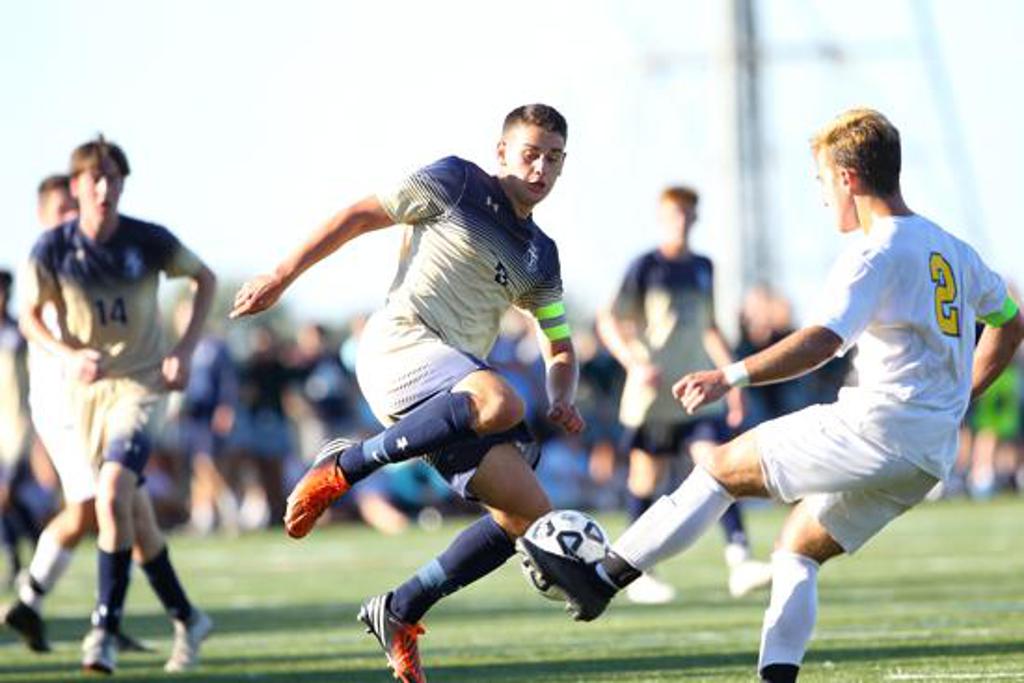 “The Catholic League is really strong, so we know that winning the regular season is a great accomplishment," said Heinemann.

Two-seed Father Judge (9-3) will host seven-seed Archbishop Ryan on Thursday night at 6:00. Originally figured to be a Friday contest like every other quarterfinal game, a Father Judge scheduling conflict pushed the game ahead one day, much to the chagrin of several Catholic League community members who questioned the fairness of making Ryan play one day earlier than everyone else, along with the winner having one more day to recuperate/prepare before the semifinals on October 23.

The Crusaders struggled down the stretch, losing 1-0 in overtime to La Salle and then getting shocked by Archbishop Carroll, 3-1. Still, Judge is a formidable foe.

The Raiders, who lost to Father Judge, 3-2, on September 17, endured a rough stretch from September 9 through September 20 when they lost four of five. They rebounded to go 4-1-1, including a 3-2 victory over Roman Catholic on September 27.

Speaking of Roman Catholic, the three-seed Cahillites (9-3) have a date with six-seed St. Joseph’s Prep 7:00 Friday. On September 20, Roman blanked the Hawks, 1-0. Roman’s three losses were each by one goal. Eight of their nine victories were via shutout, as they overwhelmed their foes by a 46-1 margin.

Following a 4-0 start, the Prep lost three straight by scores of 2-1, 1-0, and 1-0. The Hawks then took four of their last five. The seniors from SJP will have an opportunity to avenge last year’s 3-0 semifinal loss to the Cahillites.

“None of us really see it that like that, or at least none have said it,” said SJP senior Collin Knight. “We do seem hungrier and more determined throughout the team, including coaches. Maybe it’s a revenge thing, but no one has said it.”

Four-seed Lansdale Catholic hosts five-seed Archbishop Wood 3:30 Friday. Both teams finished 8-3-1, and when they faced each other on September 14, the game ended in a scoreless tie. Lansdale Catholic’s three losses were by identical 1-0 scores against Roman, Judge, and the Prep.

Led by junior goalie Kellan Ward, the Crusaders surrendered the fewest goals of any Catholic League team (five) and were the only team to defeat LaSalle, a 2-0 shocker on September 20.

“The mindset going into this game is to win,” said LC senior Evan Senour. “It is helpful that we are home. Having the home crowd and field is a beautiful thing.” 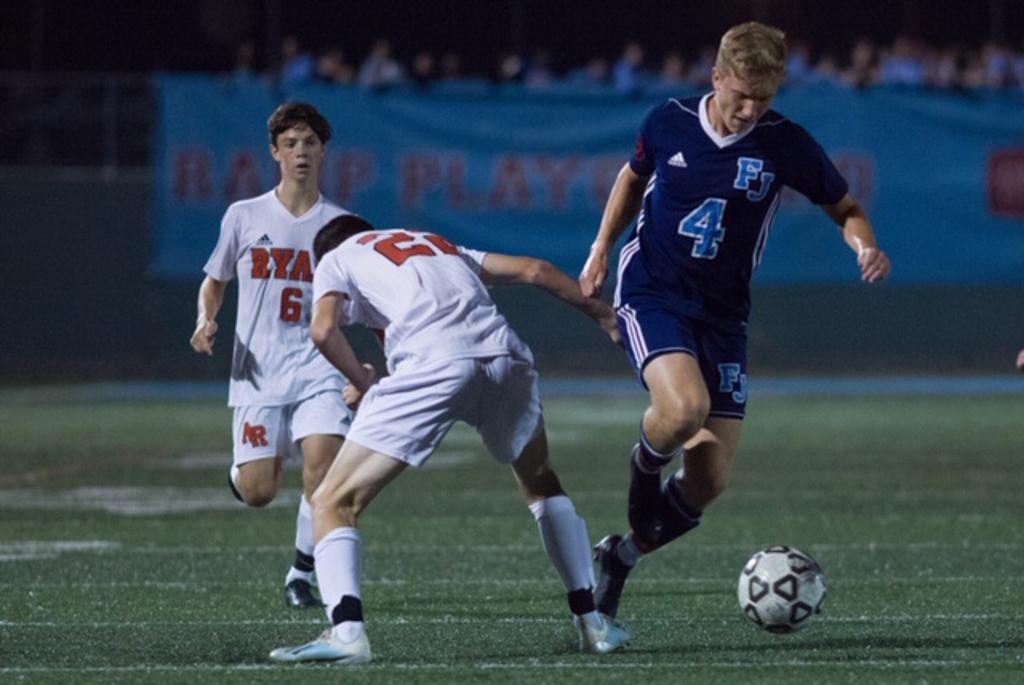 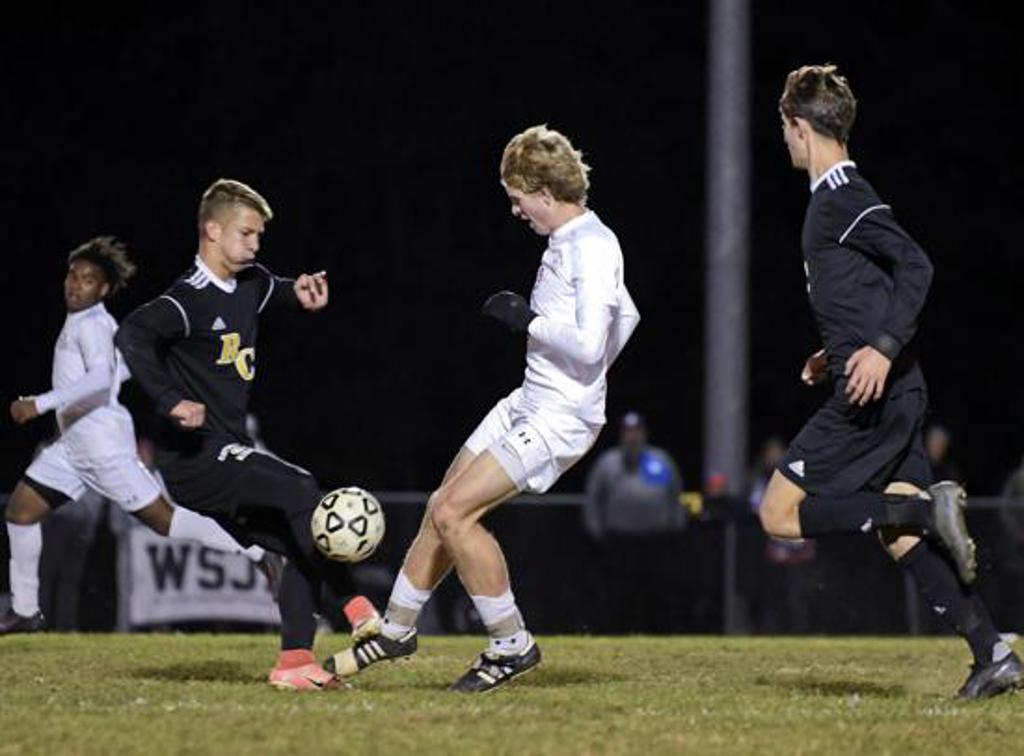 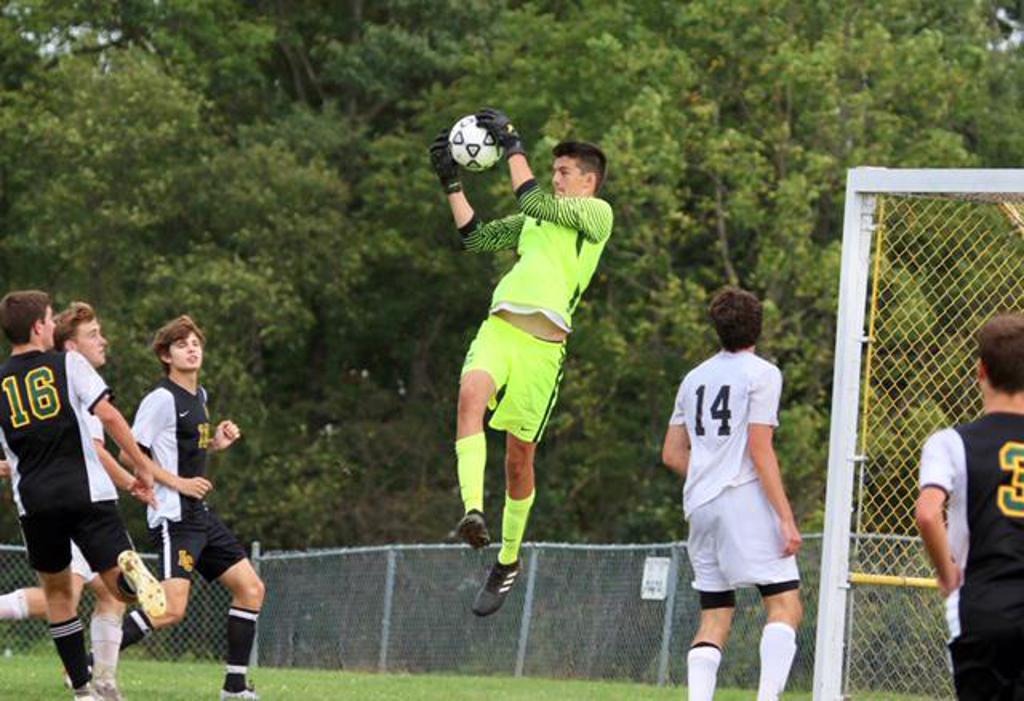 Wood is the defending league champ. After a 7-1-1 start, the Vikings dropped two of their last three.