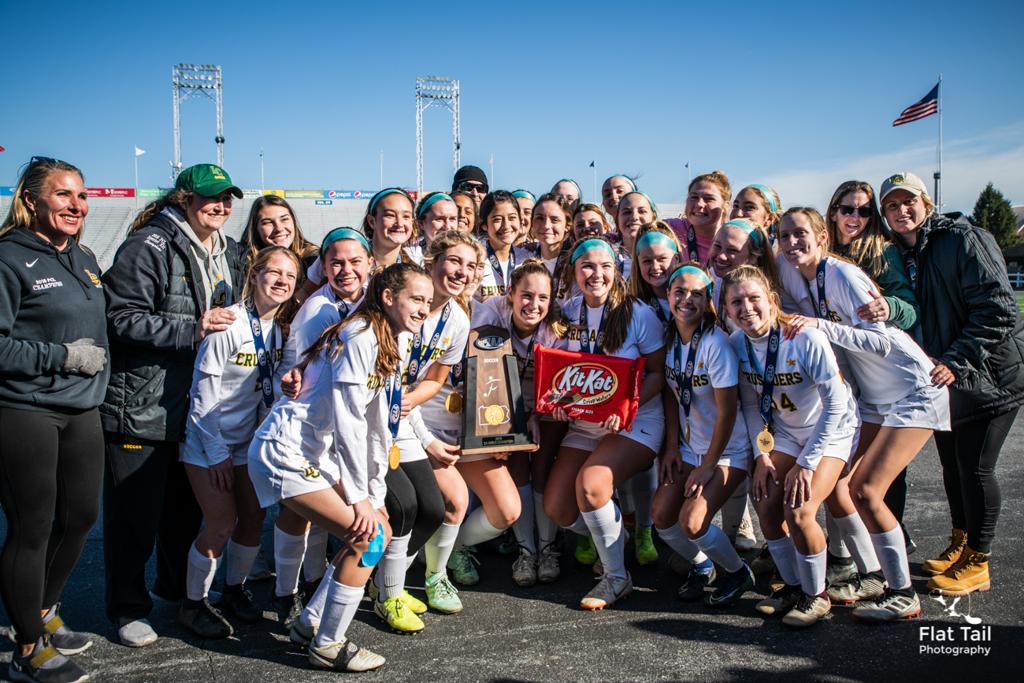 Lansdale Catholic makes history, taking home their first-ever state championship in a 1-0 victory vs. Villa Maria (Erie) in the 2A final - Photo by James Beaver

HERSHEY, PA – Several members of Lansdale Catholic’s girls’ soccer family were asked what they were thinking.  Their responses were exactly the same.

With senior Kellie Gillen fittingly providing the first and only goal of the game at about the seven-minute mark of the first half, the District 12 champion Crusaders defeated Villa Maria High School of Erie, 1-0, and seized the PIAA Class 2A state championship Friday afternoon at Hershey Park Stadium.

Before this season, no LC team had advanced past the quarterfinals. This year’s edition, however, made history – just like last year’s gang did when it captured the program’s first-ever Catholic League title.

“Going into this game, there were so many nerves and excitement,” said Gillen, a first-team All-Catholic. “It was also bittersweet because it’s possibly my last competitive soccer game I’ll ever play. I just can’t wait to get back to school and celebrate with our whole school, friends, and families that supported us all season.”

Then again, it appeared that the entire school had trekked the 97 miles to watch their beloved Crusaders face a team on which they didn’t even have film. A reported seven fan buses had left the school parking lot early in the morning to accommodate a rather ridiculous weekday starting time of 11 AM.

Not long after they had taken their seats, third-team All-Catholic senior Taylor Connelly obstructed a clearing attempt and pushed the ball ahead to Gillen. Without hesitation, Gillen closed in on the goalie and tallied her 16th goal of the season, a laser into the right-center of the cage.

“I just remember seeing the ball coming to me and knew I had to get something on it,” said Connelly. “After I got a first touch on it, I saw Kel and played it forward, and she did the rest. It was an absolutely amazing feeling watching the ball go in the net and looking up and hearing our student section. I will never forget that.”

“Taylor made a flat-out hustle play getting to the ball,” said Benedict. “Once she interceded and the ball went to Kellie, she does what she does best.”

The Crusaders immediately broke into a defense-first mode, though Benedict chastised herself for “defending a little bit more than we should have or needed to.” District 10 champ Villa Maria remained frustrated. On the rare occasions the Victors marched too close for comfort, LC junior goalie Brynne U’Selis stood tall.

Junior goalkeeper Brynne U’Selis talks about the journey to the state final and her love for her team:

Late in regulation, Villa unnerved the Crusader faithful when a shot clanked off the side post and crossbar, a reminder that more potential drama potentially beckoned as Villa Maria became more and more desperate.

Inside the final minutes, freshman sparkplug Megan Steinbach was inserted into the mix. Labeled by Benedict as “probably our best dribbler,” Steinbach kept the ball alive and out of harm’s way despite Villa doing everything possible to steal and create one last scoring chance.

It never materialized. When the final seconds ticked away, and Lansdale Catholic had officially become a state champion, Benedict wasn’t sure how to react.

“I think I was a little bit in disbelief that we just did that,” said Benedict. “It was absolutely incredible.”

LC Head coach Bree Benedict could not be more proud of her team and their effort to make it to the state championship:

Captains Julia boccella (left) & Danielle Kehlmann say that their main goal was to have fun & offer advice to their returning teammates:

Connelly can relate to her coach’s assessment.

“It hasn’t really set in, but I can’t stop smiling,” said Connelly. “I never really thought that we would get here, but once we started playoffs, something just felt different and with each game, you could feel the excitement.

“After the quarterfinal, I think we all really sat back and were like, ‘We can actually do this.’”

Yes they could, and yes they did. 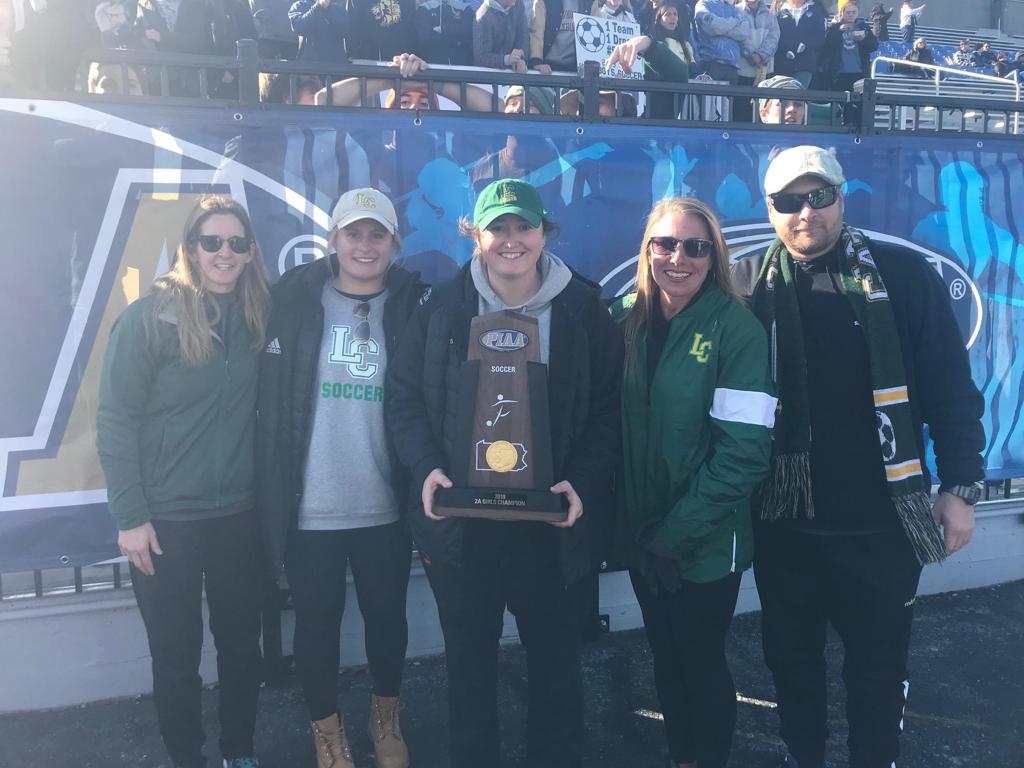 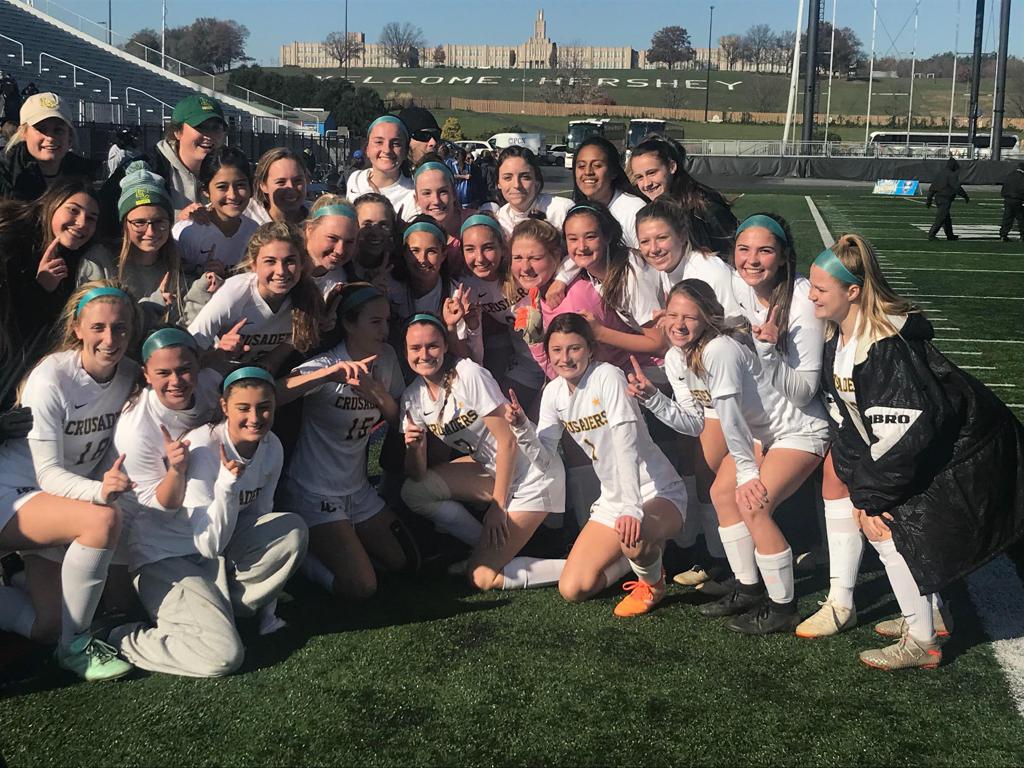