PHILADELPHIA – After dropping its Big 5 opener on Nov. 13 against the University of Pennsylvania, the defending city champions, La Salle competed against another Big 5 rival at the Tom Gola Arena on Saturday afternoon. The rivalry between the Temple Owls and La Salle Explorers can be dated back to over 80 years. In the teams’ last meeting on 20th and Olney, the Blue and Gold snapped a three-game losing streak against the Owls in a 87-83 win in 2017. However, it was Temple who left the arena victorious in a 70-65 win led by Owl’s junior guard Nate Pierre-Louis.

Temple entered the match-up with a perfect 2-0 record to start the season under first year head coach Aaron McKie. The Owls have three players averaging double figures already this season, including Pierre-Louis who is notching 17.5 ppg.

Freshman guard Ayinde Hikim has been shining for La Salle as the team leader in assists (6) and steals (6) in the first two games of the season.

In the loss against UPenn, the guard scored 14 points and recorded team highs for steals (4) and assists (3).

Pierre-Louis started the game with a drunk to make a big opening statement for the Temple Owls.

One minute later, the guard followed up with a three-pointer to put the Owls up 5-0 early in the game. 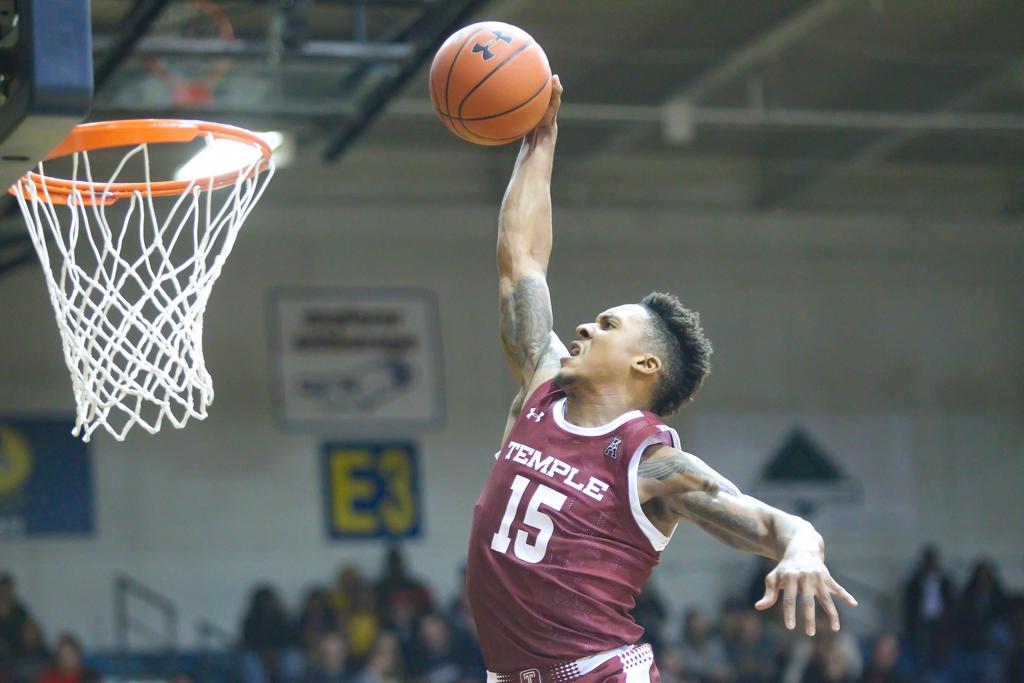 Temple started to pull away offensively until Hikim finished a steal with an easy layup to tighten the score 13-11 in favor of the Owls.

Temple’s offense exploded on an 11-point run with under ten minutes remaining in the half until senior Saul Phiri fired back for the Explorers after draining a long 3-pointer.

With one minute remaining in the half, Temple extended their lead to 14.

Phiri responded with a dunk for the Explorers with 15 seconds left but Pierre-Louis had a response of his own with a pair of free throws. 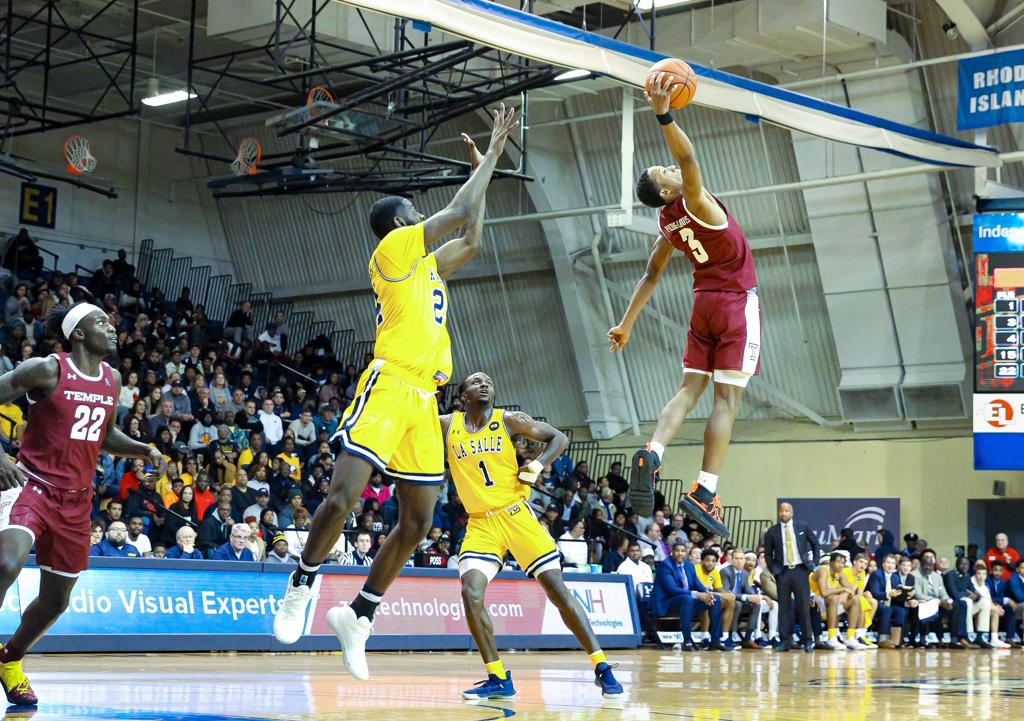 The Explorers attempted to make a quick offensive plat in the final seconds but freshman guard Josh Pierre-Louis, snagged the ball in the air to end the half 36-22 in favor of the Owls.

Arashma Parks, a redshirt freshman, responded for the Owls with a layup and a dunk in back-to-back possessions to extend the lead to 42-27.

As the second half started, La Salle tried to ignite a comeback with 2-points from junior guard David Beatty and a trey from redshirt junior Scott Spencer to put the score at 38-27.

Phiri and Beatty both netted three pointers, respectively, with 10:22 left in the final half to tighten the gap 48-34.Temple scored seven points straight to increase its lead to 55, which was followed by a pair from Hikim to give the Explorer’s 36. Beatty scored five points in back-to-back Explorer offensive plays to cut the deficit to 16 with under seven minutes remaining.

Kenney started the Blue and Gold’s offensive rhythm with a three pointer to put the score at 57-44 and the Explorers within 13 with 4:30 left to play. Phiri sunk a pair of points as well as a foul shot and Kenney added a three pointer to the equation to tighten the game at 59-51 with 2:14 remaining.

Temple senior guard Alani Moore II put the Owls up by 10 after a pair of free throws, but Spencer scored a three in the next offensive possession to keep the Explorers in the game.

Despite a final offensive push from the Blue and Gold, including a 3-pointer from Spencer, Temple pulled away with a 70-65 victory and coach McKie’s first Big 5 victory as a head coach.

Despite the win being a milestone in his head coaching career, McKie said coaching his first Big 5 game didn’t even cross his mind.

“We talked about La Salle all week and I just thought about it this morning,” said McKie. “I spent a lot of time in this gym playing basketball, so it’s cool.”

“It was just about being active on defense and trying to get deflections,” said Rose on the number of steals his team collected in the game.

La Salle head coach Ashley Howard hopes this game comes with a lot of lessons for his team to learn from, especially his younger players.

“I kept telling our guys, ‘Our strength is in numbers and we can wear them down,’” said Howard. “I think we did that towards the end. Once we created turnovers and got easy shots, it made the offensive side look easier for us.

“We created turnovers and established some confidence late because we [were] down and [had] nothing to lose. They (Temple) got tired and made some mental mistakes on their end that we were able to capitalize on that we were able to make the game closer and more respectable in the end.”

Nate Pierre-Louis recorded his third consecutive double-double of the season against the Big 5 rival, but when asked about his recent success, he said he is ‘just doing his job.’

“I am trying to bring the highest energy that I can,” said the junior guard.

Looking ahead, Temple will play at USC on Friday, Nov. 22 at 11 p.m. La Salle will compete in the Gulf Showcase on Monday, Nov. 25 before competing in their next Big 5 match up against Villanova on Dec. 1.