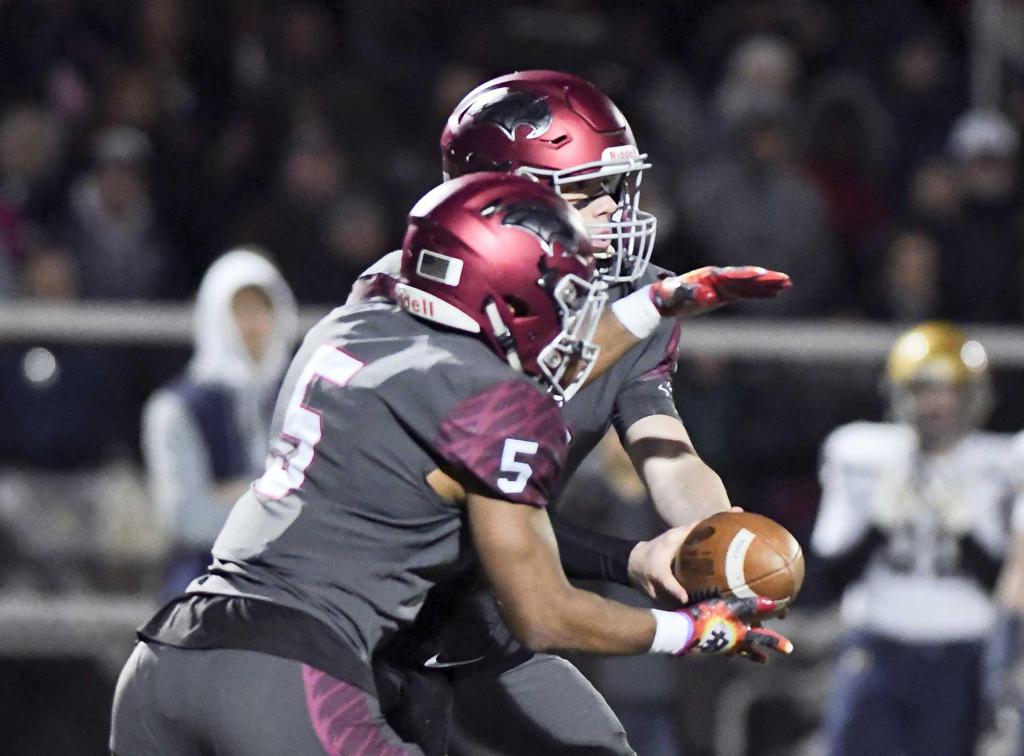 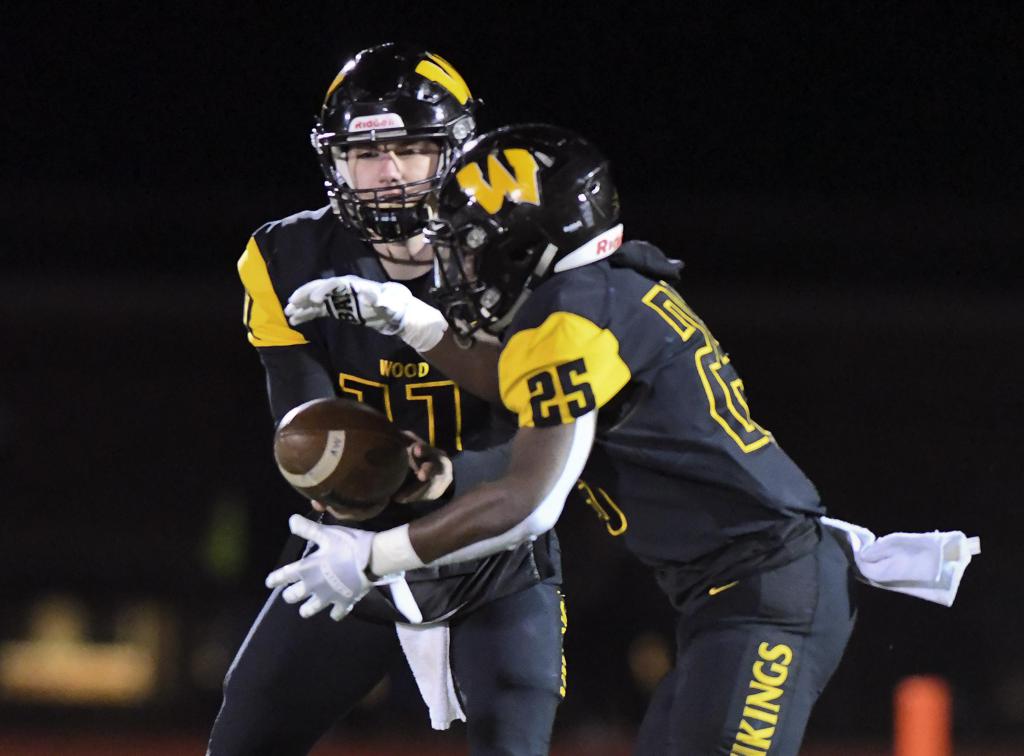 The odds of St. Joseph’s Prep and Archbishop Wood’s football teams receiving holiday cards from the rest of Pennsylvania’s elite programs are slim and none.

In what has basically become an annual tradition, the Vikings and Hawks both punched their ticket to the PIAA state championship to be played next weekend at Hersheypark Stadium.

This past weekend’s semifinals necessitated both squads eliminating deficits. In Friday afternoon’s Class 5A clash at Altoona High School, Wood scored the last 10 points of the game for a 24-21 victory over Gateway. A little more than 24 hours later, the Prep tied the game with 15 seconds remaining in regulation and then over-timed a 31-24 triumph over Class 6A juggernaut Pittsburgh Central Catholic.

“This was the most exciting ending of a game I’ve ever been a part of,” said senior Ryan DiVergilis. “It was a great game. We battled through adversity from the beginning, and we never gave up.

“I think that will help us a lot in the championship because we’ll know what do when adversity happens, so we can overcome it.”

“I would describe the feeling of kicking that field goal as both overwhelming and relieving,” said Meyer. “It was a storybook moment, and one I knew I’d remember for forever once the ball left my foot.

“The strong performance of our offense and defense kept us in the game and got me the opportunity to seal it in the first place and together get this team to where we belong – Hershey, Pennsylvania.”

Costello finished with 240 yards and the two long touchdowns on 27 hauls.

“The offensive line did a perfect job blocking on the two runs and there were just gaping holes,” said Costello. “I’m thankful for my line. They do a great job week in and week out. I couldn’t do it without them.”

The Vikings will meet Cheltenham 7 PM on December 6. The local Panthers are 12-1 and have won 12 straight.

The Prep’s 10th consecutive victory couldn’t have been more nerve wracking. The Hawks (11-2) trailed, 24-17, and faced a fourth and 10 from the 12-yard line with 25 seconds left in regulation. It appeared that Pittsburgh Central Catholic’s comeback from a 17-10 deficit would prevent the Prep from defending its 2018 crown.

The quarterback-receiver combination of juniors Malik Cooper and Marvin Harrison had other ideas.

With 12-2 Central Catholic’s defense pushing him to his right, Cooper saw Harrison break free in the end zone and lofted a high spiral. Despite being surrounded by several opponent defensive backs, Harrison jumped, caught the ball, and somehow kept himself inbounds with 15 seconds left on the clock. Junior Antonio Chadha drilled the extra point to send the contest into overtime.

From the 10, the Prep scored on its second play – a five-yard scramble by Cooper. On CC’s possession, sophomore Keenan Nelson intercepted a pass to clinch the dramatic conquest.

Reached the next day and asked about his heroics – eight catches for 135 yards and the game-tying snag – Harrison summarized his career-best reception.

“A lot of it is making the play before you actually make the play,” said Harrison, who now has 14 touchdowns on the season. “Practicing getting a foot in bounds, picturing yourself making a great catch before the game . . . and having that mentality of wanting the ball to come to you in that situation. Of course there are nerves involved, but with the right mentality, you can overcome them.”

In his third game since taking over for injured junior star Kyle McCord, Cooper chose the perfect time to orchestrate his most melodic opera. He finished with 21 completions in 24 attempts for 260 yards, completed 13 of 14 passes in the second half, and was a perfect five for five during the game-tying drive. He also scampered 37 yards for a touchdown to give the Prep a 7-3 lead.

The Hawks have one more task, a 7 PM encounter on December 7 versus Central Dauphin, whose offense peppered Downingtown West for all four quarters in a 65-44 semifinal.