Editor's note: The Malvern Prep Friars' season isn't officially over just yet. It was announced on Feb. 24 that the Friars will participate in the Alhambra Tournament at Frostburg State University in Cumberland, Md., from March 12-14. It will be the first time in 13 years that a Philadelphia-area program will play in the tournament.

BLUE BELL — When Lonnie White’s three-pointer rippled through the net and forced flustered, top-seeded Westtown to call an early first-quarter timeout, the capacity crowd at Montgomery County Community College launched itself into a frenzy.

In the blink of an eye, Malvern Prep, champions of the Inter-Ac and holders of a 21-game win streak, held an 11-2 lead over the program that has recently helped launch the NBA careers of Mo Bamba and Cam Reddish. Westtown’s starting lineup, which featured a 7-foot sophomore starting at center, towered over the Friars, but for a few fleeting minutes, none of that mattered.

Then, instantly out of that timeout, Westtown woke up, scoring eight straight and looking more like the runaway freight train everybody expected coming in, eventually wearing Malvern down with its size, strength and athleticism en route to a 72-59 win in the PAISAA championship game. It was Malvern’s first loss since Dec. 27, and the best team in program history came collective inches of height from adding a state title to its league crown, the school’s first since 2012.

That 7-foot center, Derrick Lively, had 10 points in the game, all of them coming on ferocious, indefensible, backboard-rattling slam dunks.

The Moose had five players reach double digits in scoring, and they stood 7-feet, 6-foot-8, 6-foot-5, 6-foot-4 and 6-foot-4; Malvern’s first-shot defense was solid and the score was tied at 20 after one, but the Friars couldn’t prevent a plethora of offensive rebounds and trips to the foul line in the final three periods.

“When their point guard (6-foot-5 Jalen Warley, a team-high 19 points) is almost as tall as our biggest guy, it’s so tough,” said Malvern senior guard Deuce Turner, who closed out his stellar career with a game-high 22 points. “With huge guys like that, we get beat off the dribble and all they have to do is throw it up in the air to get it. It’s really tough to defend, and after the first quarter they took control of the pace. It hurts a lot.”

When it was all over, Turner finished his Malvern career with 2,452 points, most in Inter-Ac history and second most in city leagues’ history, behind only 2003 Strawberry Mansion graduate Maureece Rice’s 2,681 points. Turner will continue his basketball career at Bucknell, but before he looked into the future, he wanted to reflect on this team’s accomplishments, which included a 27-5 record this season and a 74-34 overall mark for the senior class after going 10-13 as freshmen. The 27 wins was a school record for most in a season.

“It’s something I keep saying, but this is the best Malvern team ever,” Turner said. “And I’m pretty sure our alumni wouldn’t disagree with that. What we were able to do was spectacular, and we played our hearts out. It hasn’t sunk in yet that this team is going to break apart, and it is definitely tough right now. But I love those guys to death, and as far as our legacy goes, we are the best team in school history.”

Turner was being more prideful than he was boastful or defiant, and it’s hard to imagine anyone arguing with his position. Some of his senior teammates, the Robin’s to his Batman, spun similar viewpoints. 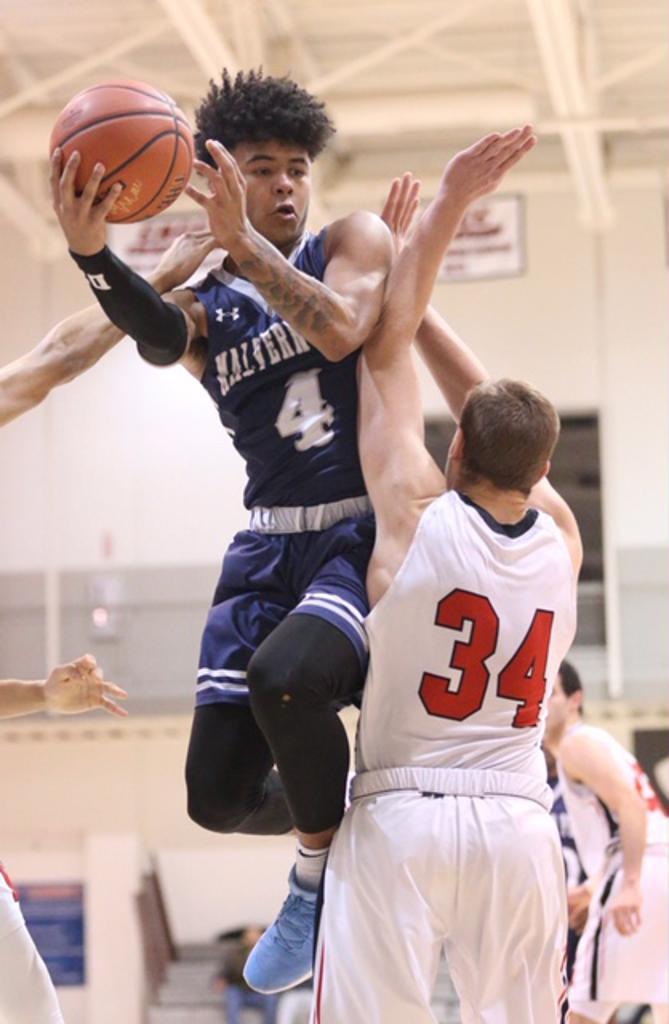 “Playing with those guys has been one of the best experiences of my life,” said senior guard Spencer Cochran, whose 28-point performance against Episcopal in the first round of this tournament saved Malvern’s season in a tight 70-66 win. “It’s been amazing to see how our hard work has taken us this far. It’s going to be a tough couple of days, but next week we’ll start looking back and see the full scope of what we accomplished. I think we can say we’re the best team in Malvern history.”

“Those boys are my brothers for life,” added senior Keith Carra, whose second quarter and-one gave Malvern its final lead of the night at 26-25. “Going into the season, we knew we had a special senior class that could become one of the best teams in the state. We really came together with a 21-game win streak and finished 27-5 … what else could you ask for? We came up short tonight, but I can’t say enough about how great of guys and basketball players they all are. I love them.”

It had been so long since the Friars lost that it would be easy to forget that the team lost its first two games of the season and were 3-3 after the first half dozen contests. That, head coach John Harmatuk said, was the turning point of the entire season.

“We started selfish and maybe not fully trusting each other, and it was the best thing that happened for us,” Harmatuk said. “Just an unbelievable senior class. They’re the reason that we came back from that and played so tough.”

It will be easy for detractors to say that this Malvern team will be one-and-done at the top of the Inter-Ac. After all, the program loses the best player its ever had, as well as crucial supporting players in Cochran, Carra and Joe McElwee.

However, the Friars will return a talented core in seniors-to-be White, Rahdir Hicks, Fran Oschell and Brock Dudek, all who played important minutes in a ton of big games.

Germantown Academy may enter the 2020-21 season as favorites with the two-headed monster of Jordan Longino and Casey Traina leading the way, but the Friars caution anyone who wishes to count them out before next season even begins.

“We are losing a lot of talent, but we still have a lot coming back,” said Oschell, a 6-foot-7 forward who is committed to play baseball at Duke. “One thing this result will do is motivate us to make the same sort of run and hopefully close it out next time.”

“Those guys are going to go back-to-back,” Turner said with conviction. “We’ll be missing some key pieces, but they are going to prove a lot of people wrong. I wouldn’t be surprised to see them on top of the rankings as one of the best teams next season, too.”

After Turner scored the final two points of the game at the free throw line, Harmatuk subbed him out so that the Malvern faithful could shower him with much-deserved praise one final time. Cochran, McElwee and Carra all had similar exits in prior moments, and just like that, after the finest season in school history, it was all over.

Malvern Prep in PAISAA Final vs. Westtown (Photos by: Kathy Leister for PSD).

The worst part about a dream season is that it has to end, and although the Friars fell a tad short of a PAISAA title, that will do nothing to dilute the legacy of this team.

“The impact we made on the school, you saw the entire student body came to watch us tonight, which was awesome,” said Carra, whose eyes were still red from tears nearly a half hour after the final buzzer. “It attests to the historical season we had and the accomplishment that nobody will ever be able to take away from us. We’ll be looked back on as a team that did things that never had been done before in Malvern history.

“We will be remembered forever.”