PHILADELPHIA- Ed Evanitsky was working last Wednesday afternoon when his phone started ringing off the hook. The St. Hubert’s Catholic High School athletic director was receiving calls from nearly every coach of every program he oversees asking about the news that had come down from Gov. Tom Wolf’s office.

“My coaches started calling me today asking, ‘When can we play?’ and ‘The governor announced we can play,’” Evanitsky said. “I was surprised that they did it so quickly and although I would be glad to see our girls back working out and practicing, there’s still so many things we haven’t addressed.”

Evanitsky was one of the hundreds of athletic directors across Pa. finding out that “Pre-K to 12 (PK-12) school sports under the Pennsylvania Interscholastic Athletic Association (PIAA) and the Pennsylvania Independent Schools Athletic Association (PAISAA) are permitted to resume in counties designated in the Yellow and Green phases” in accordance with guidelines put in place while the state deals with the coronavirus pandemic.

Immediately after Gov. Wolf’s office made the formal announcement, the PIAA responded and moved the deadline up to potentially resume sports-related activities from July 1 to June 9, as long as the appropriate safety protocols were in place. 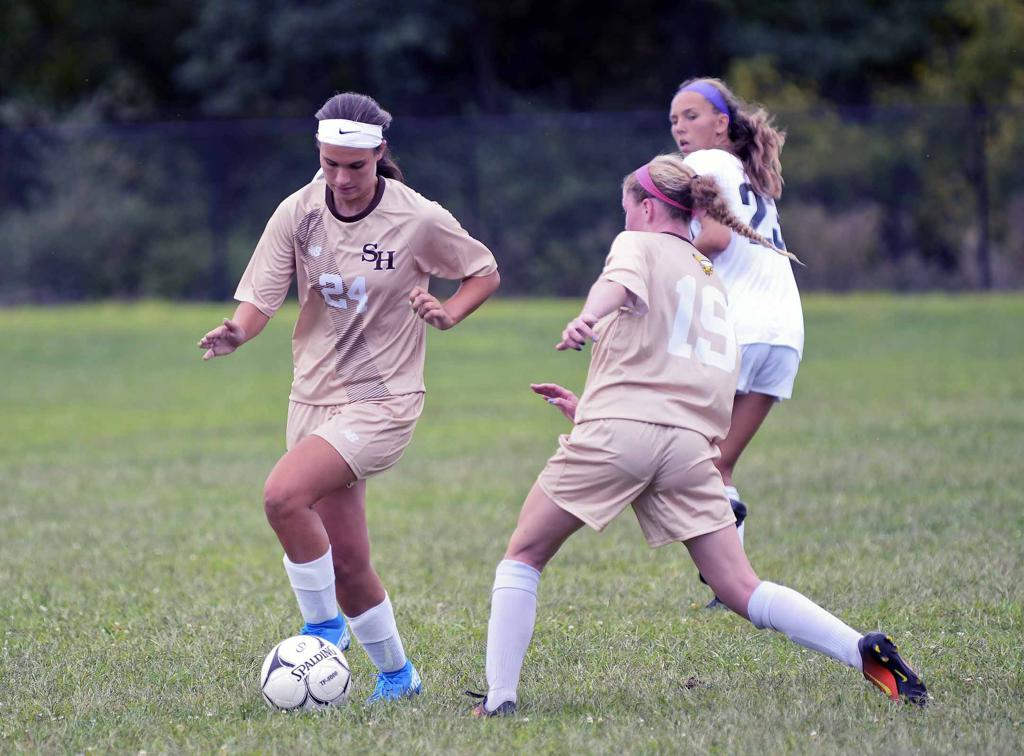 The idea that sports-related activities could begin in Pa. brought a great sense of optimism and jubilation but, as was the case when the winter sports championships and spring sports season were suspended on March 12, uncertainty remains.

The return of high school sports would mean a return to normalcy for many.  Evanitsky stressed, while the governor and the PIAA have given their directive on how to proceed, the Archdiocese of Philadelphia is the one who be giving the all clear.

“What are we going to have to do with wearing masks and are we going to take temperatures before every event,” Evanitsky said. “Are we going to be allowed to have fans at our games? There’s so many issues that the Philadelphia Catholic League hasn’t resolved yet. We just had an athletic director meeting on Tuesday and one of the things that we decided was we were going to go ahead as if nothing happened and move forward in the fall.”

The PIAA wants each school to have that health and safety plan approved and posted on the school’s website for parents and students to reference.

Matt Griffin, Roman Catholic High School's athletic director, concurs with Evanitsky about the uncertainty and how the archdiocese will be the ones who dictate how and when the athletic programs, including his as the head basketball coach, will start back up.

“It’s not like we’re jumping right back in, but kids are hoping to get back into a routine with workouts,” Griffin said. “Facilities like our weight room could be open soon. All archdiocesan schools and facilities are closed through June 30. Hopefully, by July 1, our weight room will be available. So, it’s all positive things but it really hasn’t changed for us.”

Right now, Griffin would be holding open gyms, camps, or workouts for his players in preparation for next season. While that is the eventual plan, “we’re still operating under a lot of uncertainty and so many things are unknown,” as Griffin noted.

That remains the underlying question for coaches, players, athletic directors, officials and parents in the coming weeks and months. Awaiting an entity like the Archdiocese of Philadelphia to make a decision on how to proceed is understood but the fear of a potential outbreak of COVID-19 among student-athletes is the utmost concern.

Schools are hoping to operate as though the fall sports season will begin on time, but more questions arise from there. 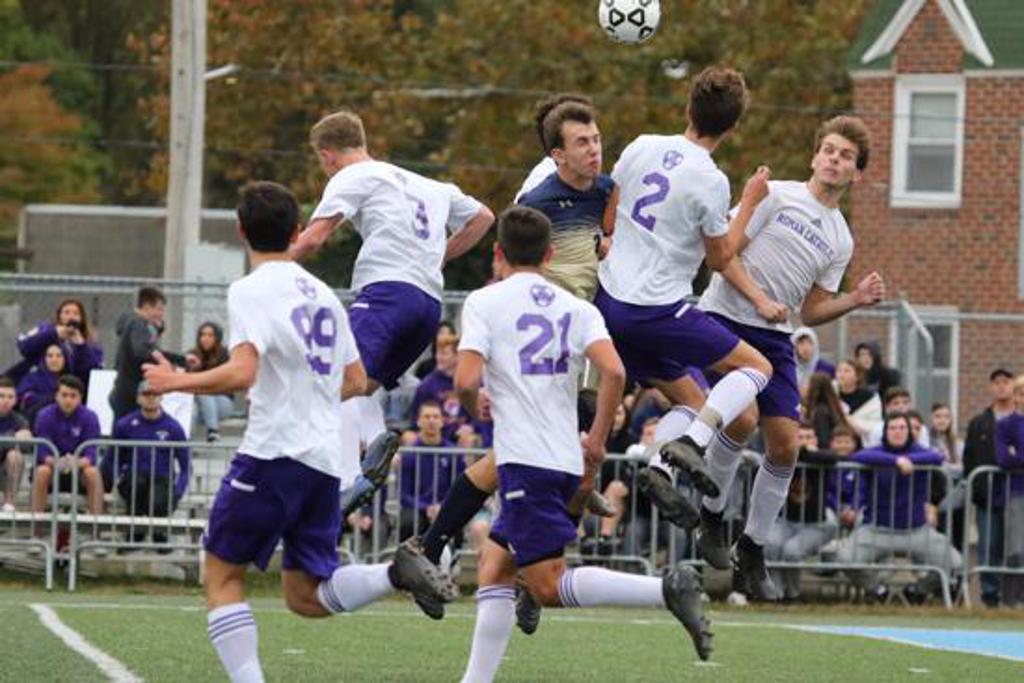 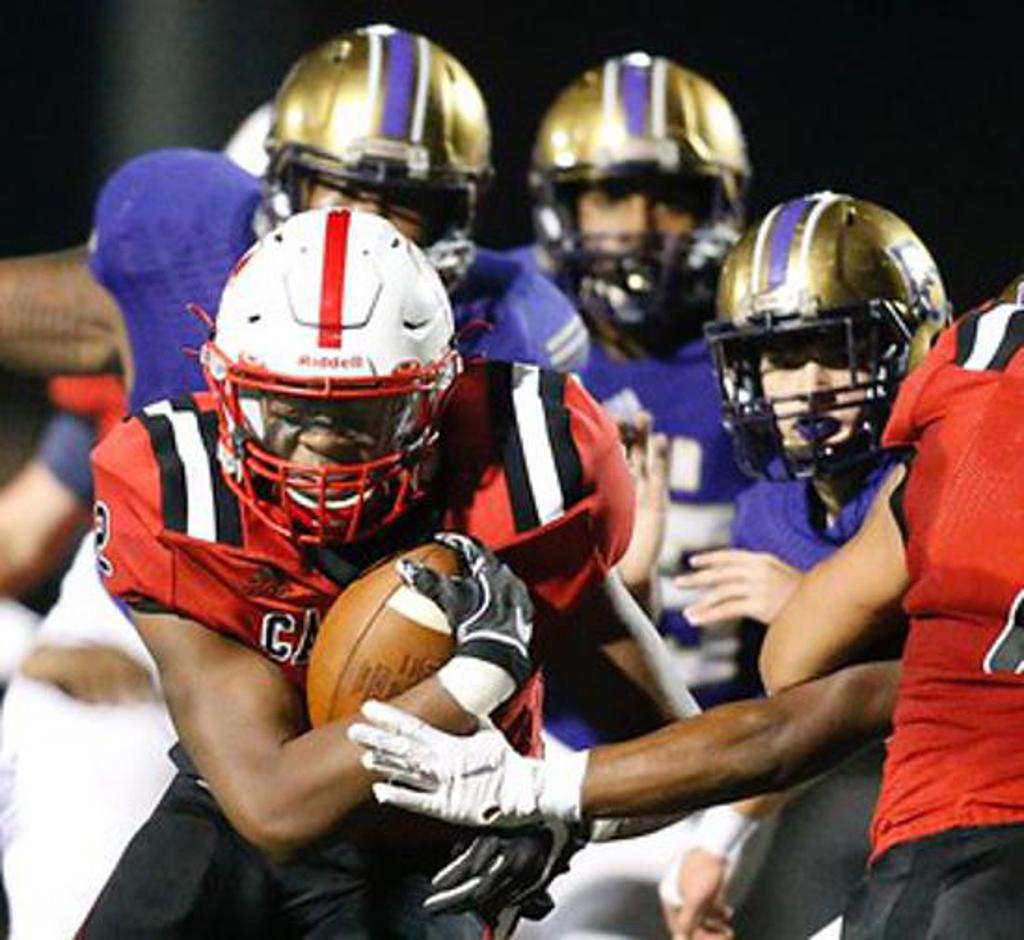 Springside Chestnut Hill Academy athletic director Dave Wilson has been working with fellow Inter-Ac athletic directors on what to include in the school’s health and safety plan but also balancing the differences that each sport brings with summer workouts generally taking place for each program.

“Collaboration is the main thing,” Wilson said. “We’re making sure our trainers are on board as well as our administration and the parents. We will abide by the participant number of 25 or under, including the coaches. The difference with sports is some are high risk, and some are low. Singles tennis is very much different than football. We’re judging that and figuring out how that’s going to look.”

The Pa. Dept. of Education has outlined several possible considerations for schools such as appointing a pandemic coordinator or team with defined roles, limiting travel outside of the local community, physical proximity of players and the length of time that players are close to each other or staff, and requiring enhanced surveillance and testing for any contact sports to minimize higher risk of transmission in participating athletes.

The role of the pandemic coordinator is one that will expand outside of sports-related activities into the school itself because they’re “responsible for not only the athletic part of it but deciding what door [students] will come in and how the cafeteria line is going to work at lunchtime,” as Evanitsky described.

The proximity of student-athletes harkens back to Wilson’s point of the differences in sports and how close players are to each other for extended periods of time.

Football teams do not generally tackle in the summer during workouts, but this is where the beginning of the fall sports season comes into doubt as programs ramp up to full practice with tackling and eventually games.

Wilson is worried about where the onus falls on screening and having to monitor student-athletes closer than ever. 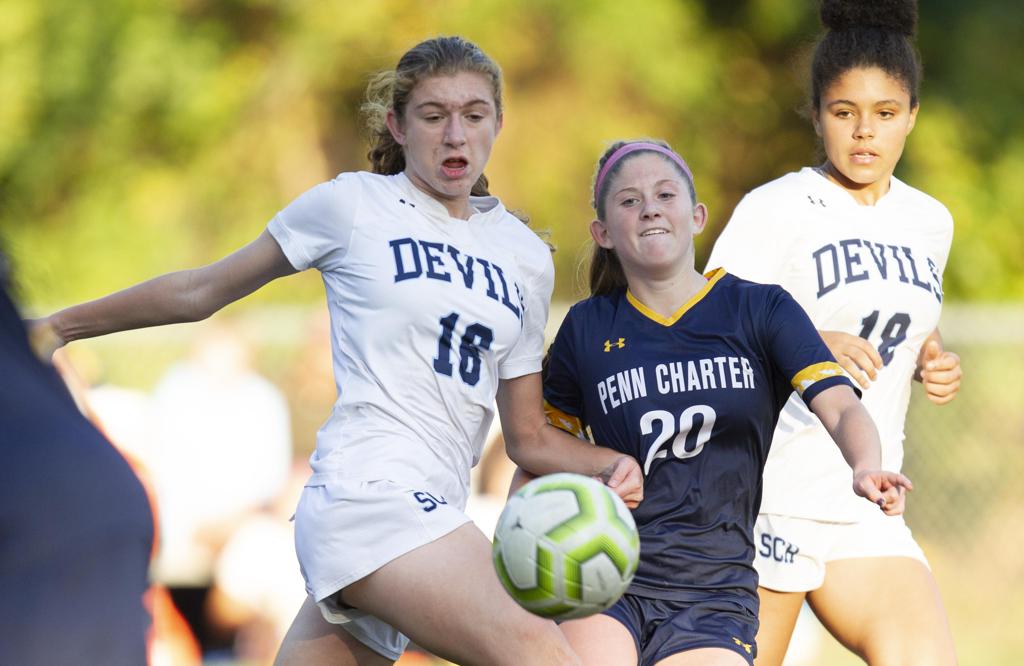 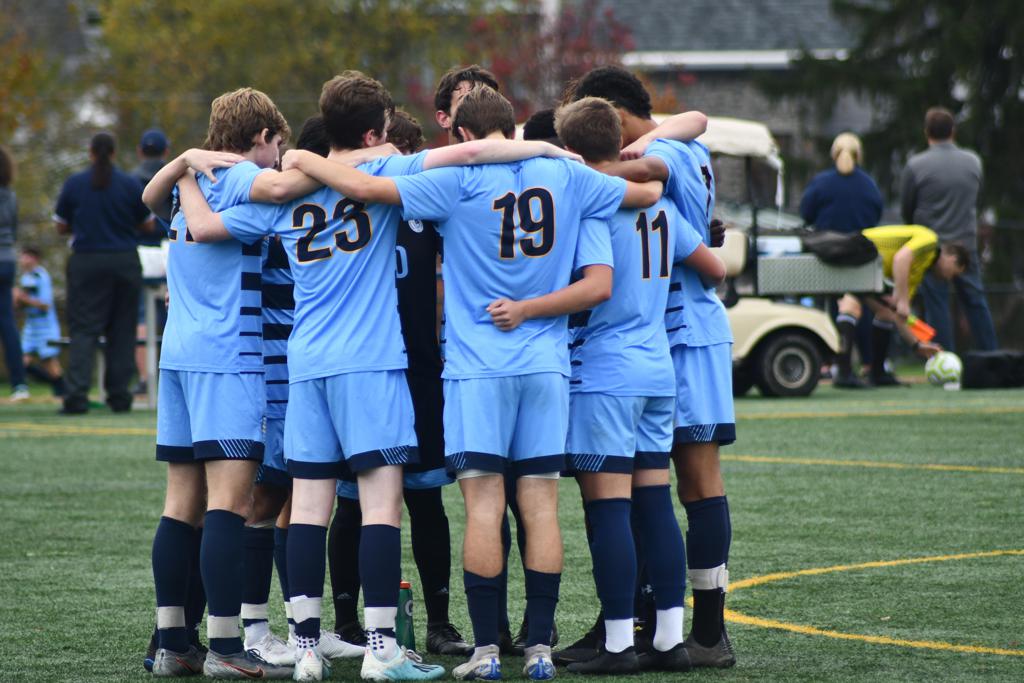 “Screening is important,” Wilson said. “Like how should we be in charge of that? Is it the parents’ obligation or the school’s for when the players come back? With social distancing, do we need to have masks and sanitizers? And if someone does have it, where do we go from there and what’s next for the group they’re in?”

With the Pa. Dept. of Education expressing that schools limit travel, changes to nonleague schedules could become more widespread. Some schools travel to different states for tournaments and tougher competition all year round but it could be an academic year where all sports-related activities happen in surrounding areas only. As of right now, Griffin and the Cahillites are slated to play in the Bass Pro Shops Tournament of Champions in Springfield, Mo. from Jan. 14-16, 2021. That is still several months away but if it will take place remains up in the air.

Dennis Hart, the former athletic director at St. Joe’s Prep who recently took the same job at St. John's College High School (D.C.) and was instrumental in the hiring of new Hawks head basketball coach Jason Harrigan, who took over for the legendary William “Speedy” Morris, feels not only will games be more locally based but the possibility of no nonleague contests is prevalent.

“Travel is going to be interesting,” Hart said. “I see schools wanting to focus on doing local stuff for the time being and really recommitting to league play. They will probably forgo nonleague games. It’s unfortunate that this is where we will land.”

St. Joe’s Prep recently announced the hiring of Daniel DiBerardinis as its new athletic director, but Hart was in that position when schools were first closed in March. He helped enact the school’s plans for potential reopening and was a part of conversations with fellow administrators.

“Patience is really key and making sure that the plans are really well thought out,” Hart said. “We’re talking staggered arrival times for different teams, keeping them in small groups and no equipment. It’s going to be all straight conditioning and speed and agility stuff early on. Everything will be outdoors so no locker rooms. Come to the workout and go. If you’re not properly outfitted, you have to leave. Bring your own water and don’t share equipment. We really have to make sure a) the process and protocols are in place and b) walking through all of that with our coaches.” 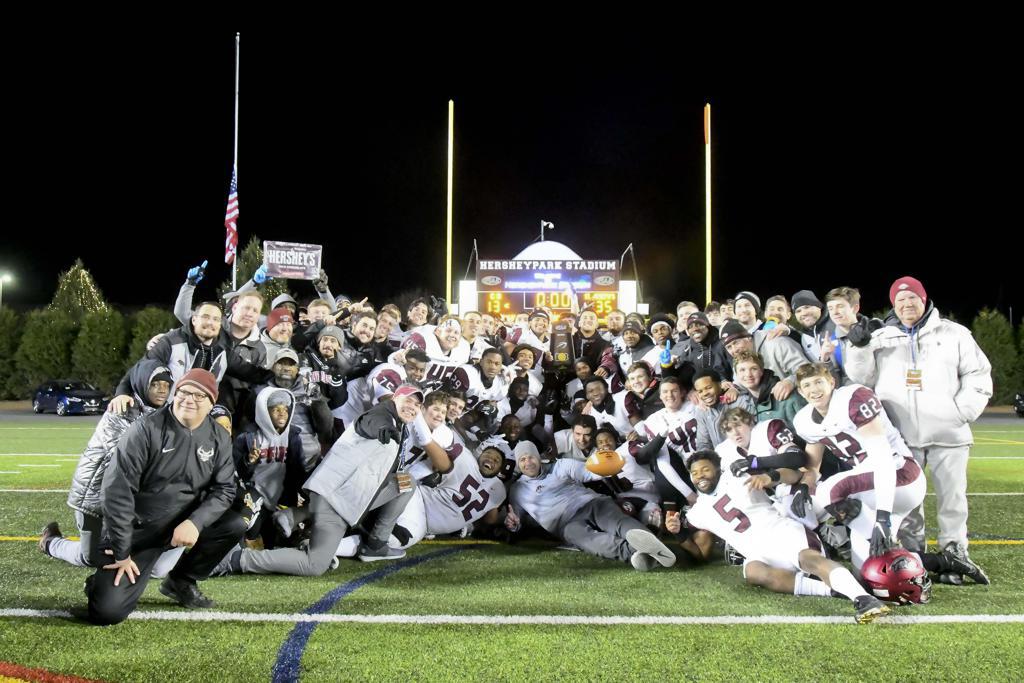 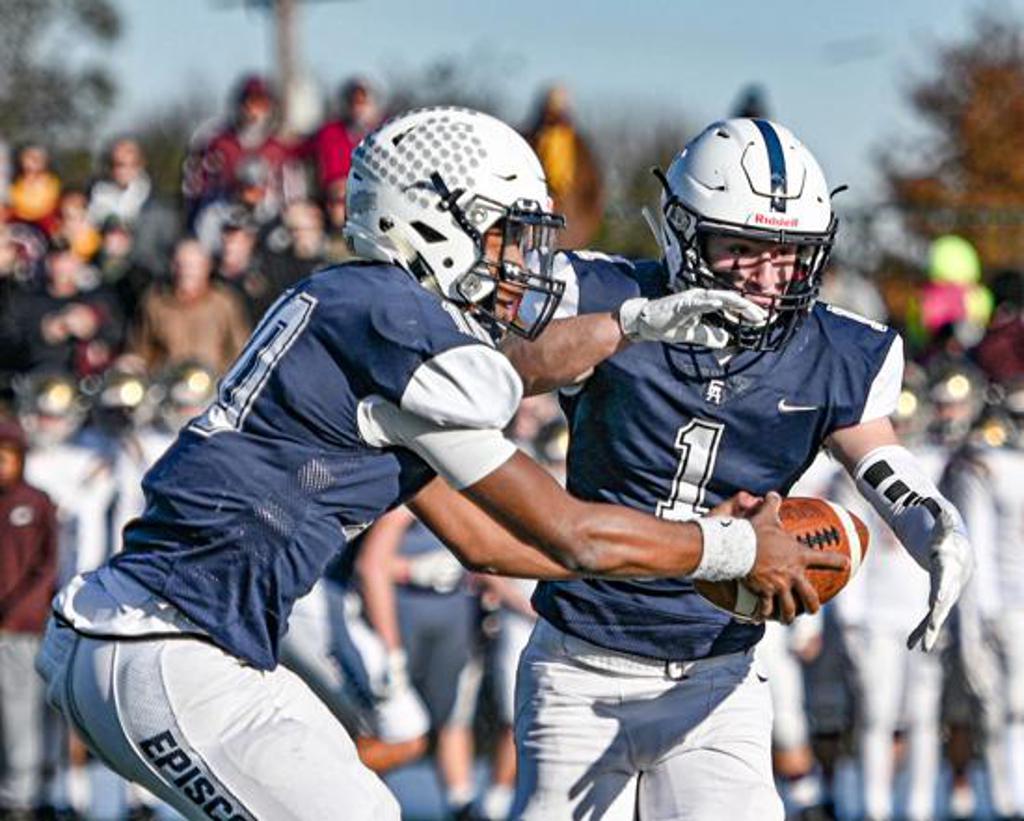 Still, the fear of a potential outbreak will cause schools to tread lightly and the probability that not all student-athletes will participate in sports-related activities is high.

Wilson emphasized that the last thing any school wants to happen is an outbreak.

“We don’t want to all of a sudden have a huge outbreak then cancelling our fall season,” Wilson said. “We don’t want that to happen at all. We need to get into this thing slowly, follow the guidelines and make sure we’re looking good so we can have a full fall season.”

Safety is paramount and while Griffin, who sees this from both sides as an athletic and head coach, is thrilled with Wednesday’s news he knows there is still work to be done.

“Our number one priority will always be the players’ safety, but we will do everything possible to allow them to play the sports that they love,” Griffin said. “We want to remain even keeled and ensure we’re not jumping right back into everything but we’re setting up a system for sports to continue in a safe way.”

While Gov. Wolf and the PIAA have started the race, there’s still a plethora of hurdles for schools to jump over before reaching the finish line, which is a return of high school sports and, as a result, normalcy. 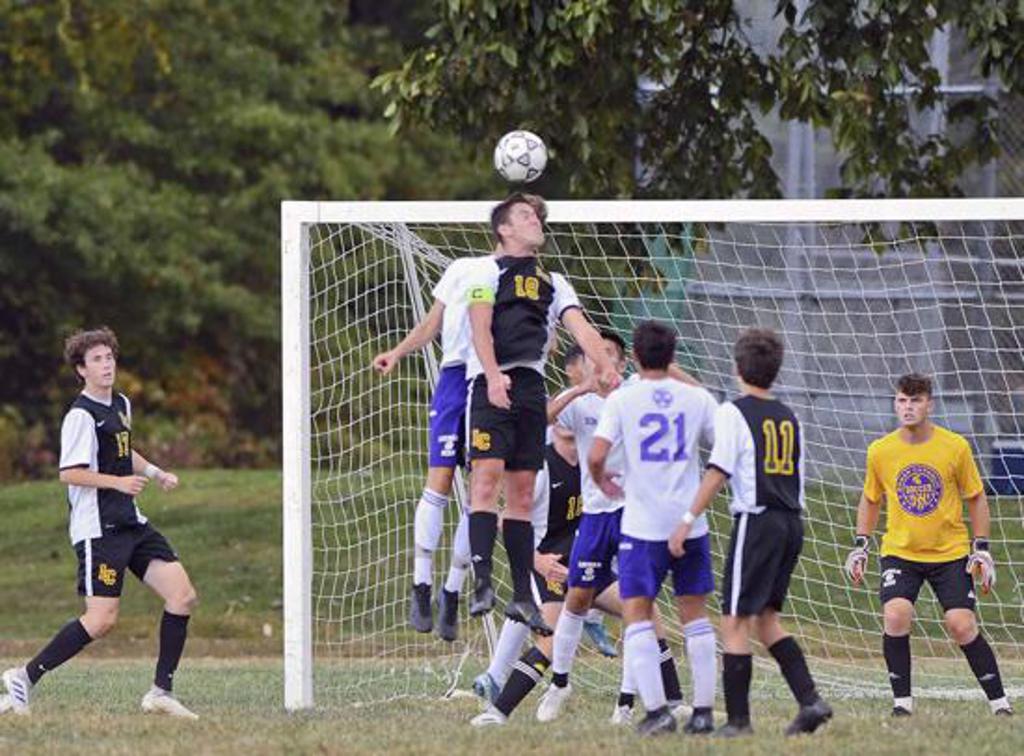