PHILADELPHIA – Ready...set…hike! Temple University’s football season will kick off on Oct.10, after head coach Rod Carey announced, “it came down to us and Navy agreeing to it.”

The Owls season opener was originally planned for Sept. 26, but with many changes due to city regulations and a shortened preseason, the team was unable to be fully prepared due to lack of scrimmages. While the players have had to manage a lot of their workouts on their own, wide receiver coach Thad Ward explained that his receiving core has grown from this experience.

“(From) What I’ve seen right now, they [his receivers] are working in sync with each other. I feel a lot better now than I did last year with those guys,” said Ward, who is also Temple’s pass game coordinator.

Two players who are part of Temple’s wide receiver class are graduate students, Branden Mack and Randle Jones.  Both of these players carry a huge leadership role in helping to build their younger teammates’ confidence on and off the field.

“Branden (is) a special player, he's a tough kid and he's a smart kid,” Ward said. “He understands the ins and outs, he understands football coverage.”

Mack was a redshirt junior last season and was awarded a single digit jersey, which is one of the highest honors that is awarded to the toughest players on Temple's football team.

Last season, Mack climbed Temple’s all-time list in receptions (105) and led the team in receiving yards for four straight weeks. Now, he’s learning the ins and outs of all the receiver positions.

“He usually plays inside, but he can play in 3-0 ,2-0, and outside positions... He can play all five positions, Ward added.

While the Owls are currently practicing outside and in the weight room, during the offseason, Mack never stopped working out. He continued to stay active and even watched old football highlights. 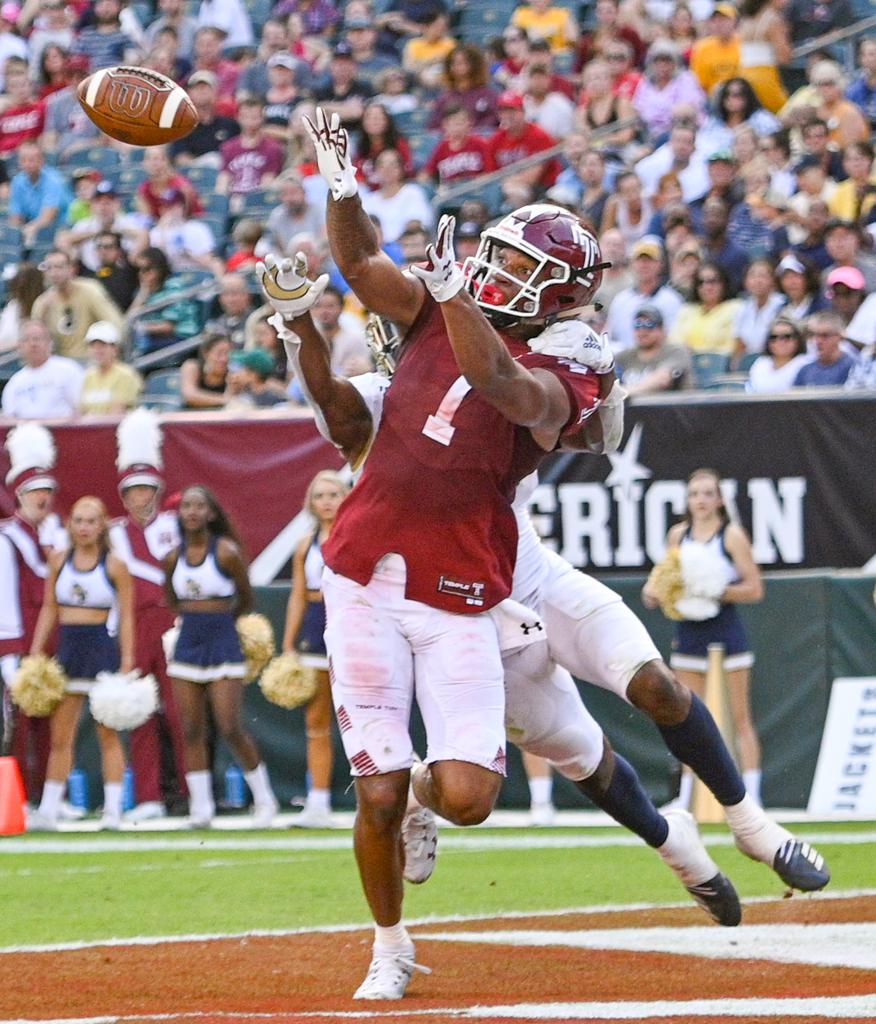 “I’ve been watching films on explosive offensive players in the NFL and college athletes, to see how they get open,” Mack said.

Jones, who was a single digit leader in 2019, is also projected to make an impact on the field for the Owls this year.

“We should expect to see a new Randle this season,” said Ward.

“Randle is like my brother but he's also a great leader,” Mack said. “He brings explosive plays and he has made plenty of plays for us in the past. Now he’s healthy, strong and got faster.” 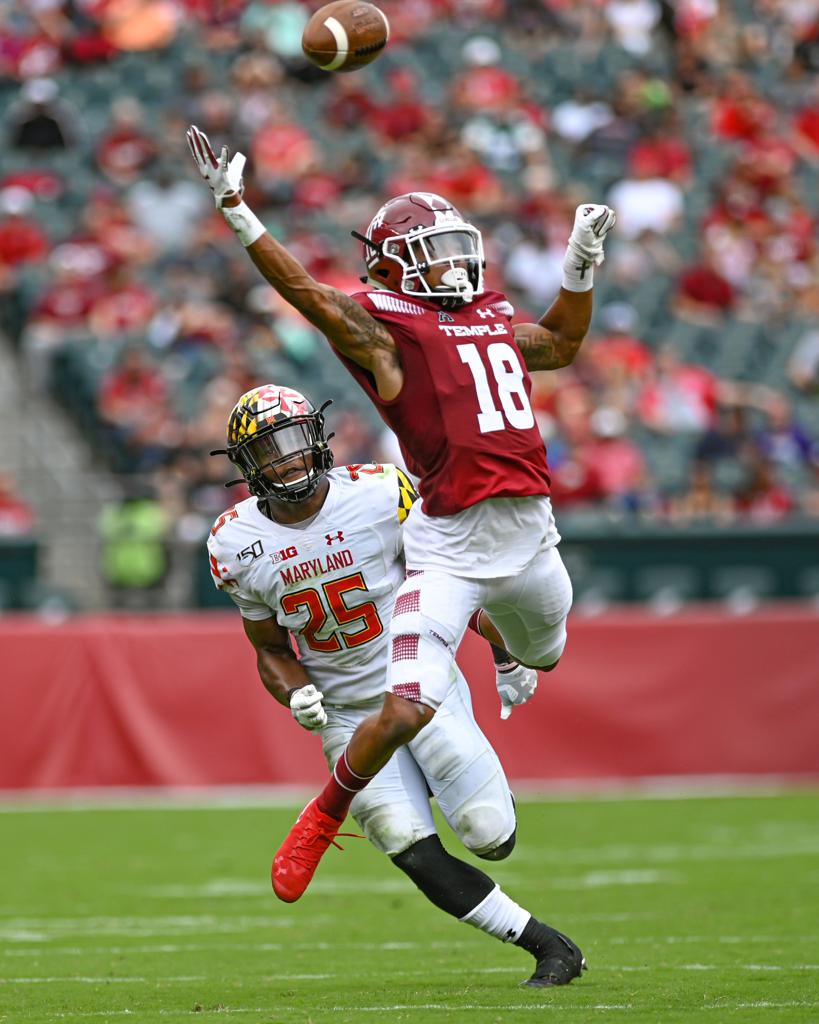 Jones decided to redshirt his senior year due to a hamstring injury he was dealing with week-to-week during the 2019-2020 season.

Prior to his injury, Jones had a great start to his season, as he caught a touchdown on the first drive of the game against UCF.

“For us to have Randle, you don't know how good that feels,” redshirt junior receiver Jadan Blue said. “He has an ability to read the defense, he's very intelligent and smart. By Randle being out there it gives a whole lot of trouble to the defense, than if it was just me and Big Mack.”

Jones is looking to have another productive year, after giving himself time to heal and grow from his injury.

“I’m more comfortable with the offense, knowing a bit more of the game. I knew I had a better opportunity to get better this year. Studying more and watching more films, I think I improved a lot mentally,” Jones added.

Blue, who was a redshirt sophomore in 2019, had an amazing breakout season last year. He averaged 7.3 receptions per game and was the first Temple player to total over 1,000 yards receiving in single season. Even though he’s young, the team still looks at Blue as an example to follow.

“We all go to him (Jadan Blue), he’s the leader. We just follow his footsteps because we all want a thousand yard season,” Jones said. “We pay attention to detail and hound around him because he’s doing everything right.”

Blue was awarded a single digit jersey this summer. He not only stood out as a player, but also as an intelligent young man. “He's super smart, talented and he’s still growing,” added Ward.

“Being able to play each receiver position is not easy, coach Ward puts a lot on me, but that's because he trusts me,” Blue said. It can be difficult at times to remember where you’re at on the field, but you gotta remember everything when you're in a position like mine, you gotta be able to communicate.”

This trio of receivers anticipate to have a substantial amount of playing time this fall. However, Ward noted that there are still younger players to keep an eye out for this season.

“Jordan Smith (R-So. WR) has been really stepping up into his own...Jose Barbone (R-So. WR), who’s played, De’Von Fox (R-Fr. WR), Kwei Evans (R-Fr. WR), those guys are going to be good players,” Ward said. “Some of those guys had to wait, but there is a role for them this year, how big of a role is up to them.”

From coach Carey's stand point, those who can execute plays and show up will be the ones playing, Ward added.

“It’s all love, no envy, of course we’re all fighting for a job, but we all push each other and those young guys have come a long way,” Blue said.

Temple will open on the road against Navy at 6 p.m. on Oct. 10. The game will be televised on CBS Sports Network.