GIRLS SOCCER: For Conwell-Egan, Reaching the State Semifinals was No Small Feat

PHILADELPHIA - For a moment, forget that Conwell-Egan’s girls’ soccer season came to an end November 17 via a lopsided loss in the PIAA Class 1A state semifinals. In fact, it’s best not to dwell on that at all.

On paper, Conwell-Egan had no business even being in that 9-0 loss to Southern Columbia High School. Conventional wisdom had the Eagles losing to Fairfield – a team that outscored its opponents by 57-10 and posted seven shutouts – in the state quarterfinals three nights earlier. 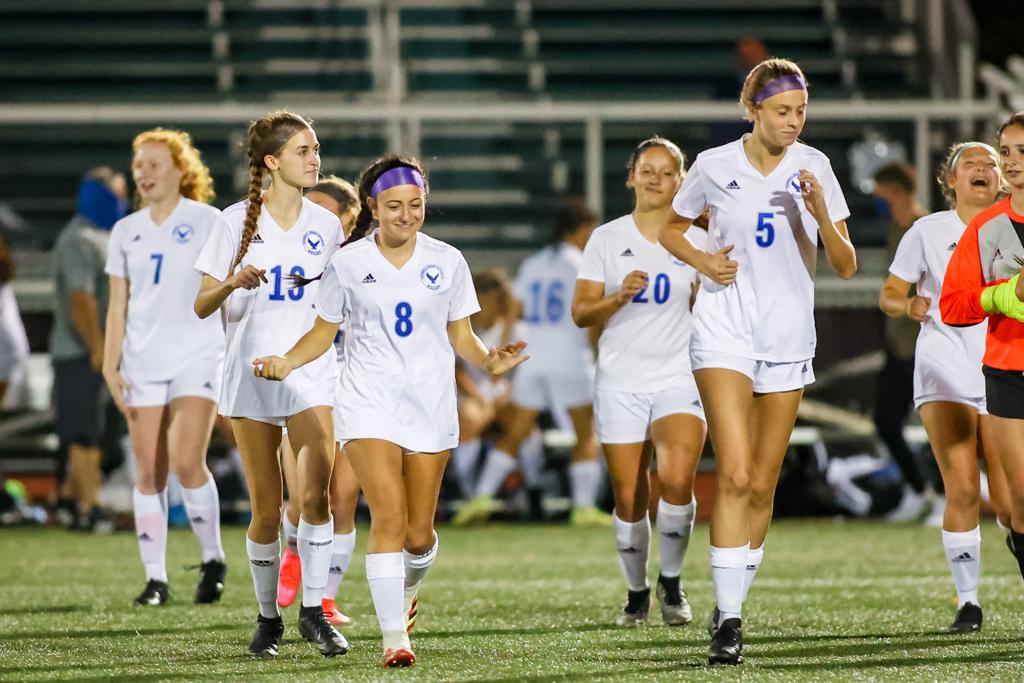 No. 8 Gia Brennan and No. 5 Emma Devine led the Lady Eagles in a victory lap following their win vs. Dock Mennonite in the opening round of the PIAA 1A playoffs - PSD photo by Geanine Jamison

Determination and grit, however, trump analytics and supposition.

“Making it to the semifinals means so much to the whole team and especially our coaching staff,” said senior Gia Brennan. “We haven’t made it this far in states since 2012.”

Like they did in their first-round win over Dock Mennonite Academy, the Eagles (final record of 3-6-1) overcame a scoreless regulation and sudden-death overtime by outscoring Fairfield in penalty kicks, 4-3.

A consistent soccer power, Fairfield entered the game with a gaudy 12-1-1 record while Conwell-Egan possessed an underwhelming 2-5-1 mark, albeit against much tougher competition.

Fairfeld coach Owen Phelan had been concerned about the Eagles’ impressive resume, particularly against such traditionally strong Catholic League opponents.

“They played a really tough schedule,” said Phelan. “I think that prepared them for the postseason.”

After both teams squandered several scoring chances during regulation and sudden-death overtime, penalty kicks beckoned. For a goalie, there is nothing more nerve-wracking than standing fewer than 10 yards away from a marksman who has roughly a 90-percent chance of converting.

For Conwell-Egan, junior goalie Jess Gentile was once again faced with the challenge of keeping the Eagles in the game. She had stopped two shots in the first-round win, and against Fairfield, she made two of five potential stops.

After Conwell-Egan senior Emma Devine converted, Gentile refused Fairfield’s Ava Deming, and the Eagles had advanced to the semifinals.

“It was a very unreal experience for me,” said Gentile. “I never thought that I would be in that position considering the fact that I just started playing goalie last year. Stepping up to the line with saving two PK’s prior gave me a lot of confidence.

“When the whistle blew, I watched the player’s eyes and body position to see which way I should dive. I was ready for this. I followed the ball, went left and caught the ball. It felt like time has stopped. I was so excited that we would be moving on to the semifinals. It felt so good to be able to help my team and for them to be able to rely on me. It is a feeling I will never forget.”

According to senior Maddy Chapman, the semifinal loss did not detract from Conwell-Egan’s overall success.

“It was definitely a good season, especially for the seniors,” said Chapman. “I think with everything going on and all of the things we’ve had to miss out on, this really made up for some of it.

“During the season, we really seemed to be the underdogs, but I think the team really came together at the perfect time and we all wanted to do the best we could. The feeling after winning a game is unmatchable.” 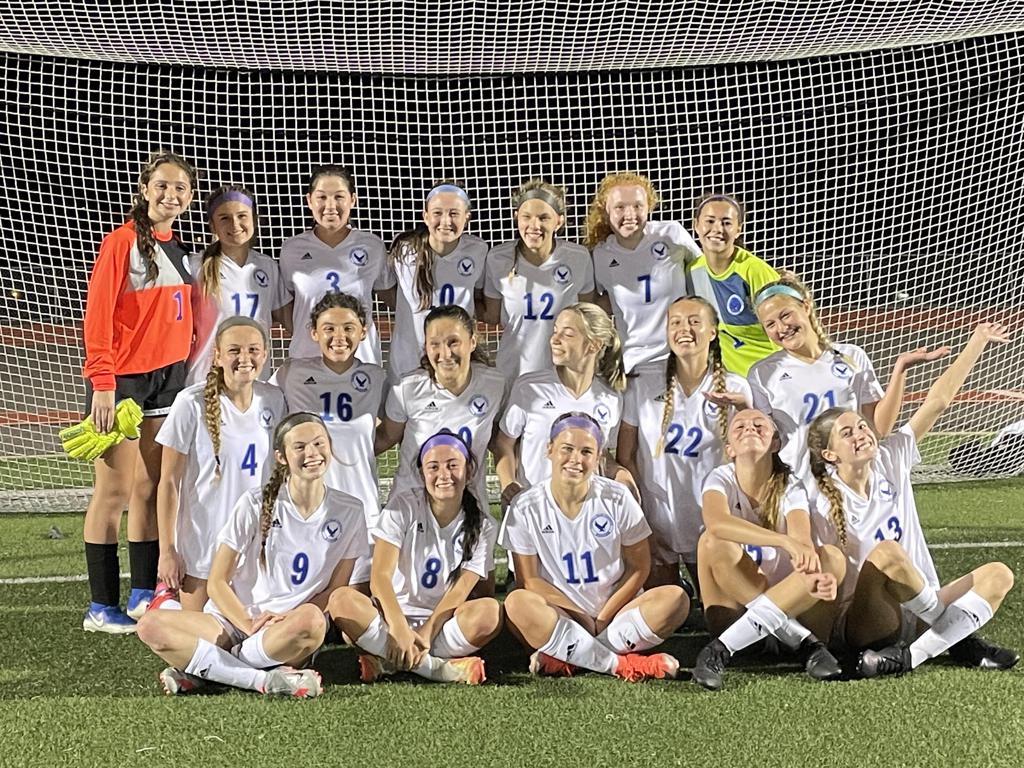