PHILADELPHIA-When Devon Prep joined the Philadelphia Catholic League in 2018, very little was known about what type of change the Tide athletic programs would bring. The Tide baseball program had been a force in the Bicentennial Athletic League and won the PIAA Class 2A title in 2014. The basketball program, under the direction of Jason Fisher, had seen some success but not to the height that the programs within its new league have seen on a regular basis for much of its history.

Devon Prep had compiled a 22-48 league record from 2013-14 to 2017-18, its final season in the BAL. There were moments such as an appearance in the 2016 PIAA District 1 Class 2A title game, but basketball was not really at the forefront of the agenda. Fisher, also the school’s athletic director, knew joining the Philadelphia Catholic League was not going to be easy for his program but he had optimism and the program slowly took shape.

Despite finishing 4-17 overall (2-12 in the Philadelphia Catholic) in year one, the Tide was playing for respect and, while games did not translate into wins, the grit and toughness were present. Devon Prep won its league opener against Father Judge and later added a win over Lansdale Catholic, the last team to join the Philadelphia Catholic league prior to the Tide. They took Archbishop Wood, a team that would advance to the league playoffs and PIAA Class 5A title game, into overtime and lost by seven.

Year two brought improvement by winning three league games behind four-year starting point guard Nicholas Crowe (University of Scranton), Scion Dorsey (Gwynedd Mercy) and Nick Perullo (Dickinson College). The Tide still struggled against the heavyweights like Roman Catholic and Neumann-Goretti, but it added wins against La Salle and Conwell-Egan. It lost games to St. Joe’s Prep, Cardinal O’Hara and West Catholic, which went to double overtime, by a total of eight points. Add those wins and they may very well have made the playoffs.

Fisher has learned a lot about the league and, entering Devon Prep’s third year, he understood what had been happening following the first two seasons.

“The first two years we’ve always battled and there would always be points in the game where the other team would be like, ‘Ok, it’s Devon Prep. It’s time for us to start playing,’” said Fisher, now in his eighth season at the helm. “We would never really respond to that. It was like a little brother where he’s trying hard, but the big brother would know it was time to start playing.”

The Tide not only came into Monday’s contest against Archbishop Ryan, a league semifinalist a year ago, with a lot of confidence but a newfound resilience that may just allow the program to officially turn the corner. IV Pettit recorded a double-double with 24 points and 12 rebounds while freshman Ty Mishock scored 15 points as Devon Prep defeated Archbishop Ryan, 65-61 for its third straight victory.

Mishock and Pettit hit four three-pointers each as the Tide reeled off 12 triples, a season high. Devon Prep’s first six makes of the opening half were from behind the arc and they held an 18-11 lead at the 6:43 mark of the second quarter. That make was by Pettit, a 6-foot-2 junior combo guard who scored 903 points in two seasons at West Chester Rustin.

While Devon Prep (3-2, 3-2) is a relatively small school, Pettit liked what Fisher was putting together and saw potential for him to succeed. 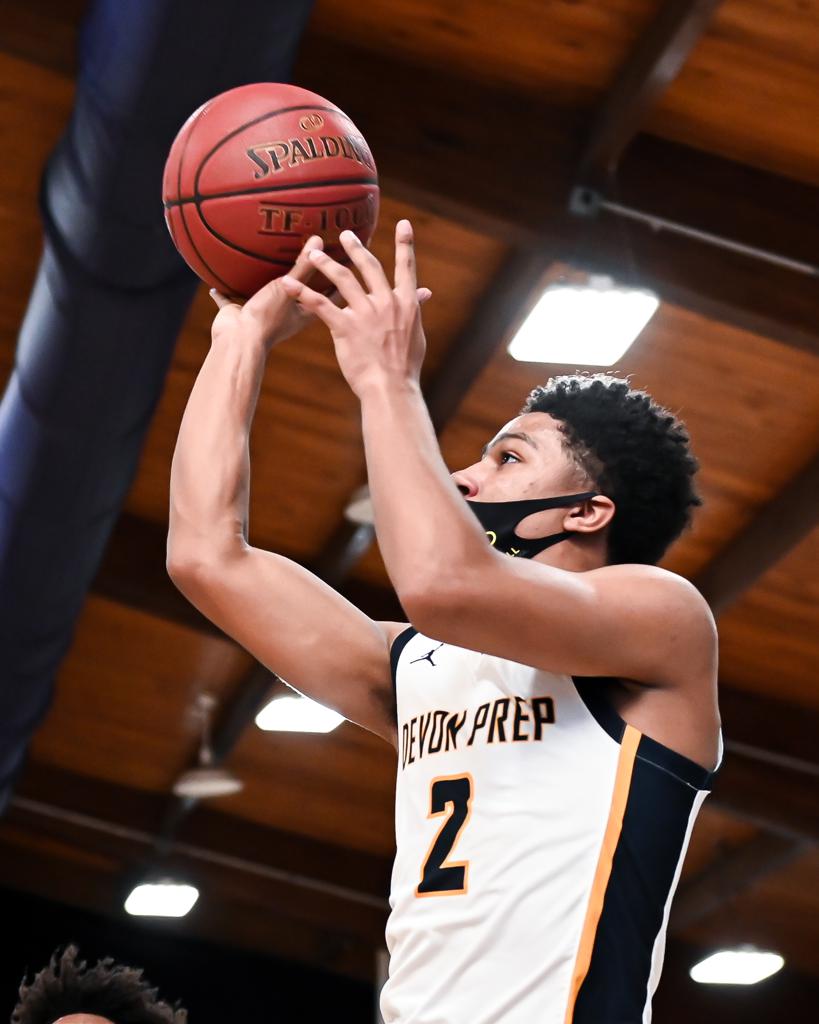 Being a freshman, especially in a league of this caliber can be daunting, but Mishock, a 5-8 guard, has not been phased. Pettit scored eight points just after halftime and Mishock followed that run up with a layup and a three-pointer off the glass to push the advantage to 44-33 with 1:40 remaining in the third.

Mishock knows the experience he is gaining now is indispensable and will benefit him later on in his basketball career.

“It’s a real honor to be one of the few freshmen who get a chance to start,” Mishock said. “The one aspect of the game that I’m still learning as a freshman is the speed of the games. These kids are fast and athletic who can get up and down the court in a hurry.”

Mishock hit his last triple of the game and a few possessions later then Pettit turned the corner to score just before the end of the third quarter to give the Tide an 11-point lead.

Fisher attributes the change in culture and scope of the program to former standout guard Fred Rullo IV. Rullo is a sophomore walk-on at the University of Delaware but seeing him push himself and gain a roster spot at the Division I level brought a newfound perspective to the program. Players believed they could move on to play at the next level and the 2020 class was a clear example of that.

Monday’s win over Archbishop Ryan (1-1, 1-1) was another huge step in the right direction.

“We’ve now stepped up and said, ‘We’re here. We’re a team,’” Fisher said. “I think that if they can continue to do that and gain that confidence, it will go a long way. They’re starting to believe they belong in the league.” 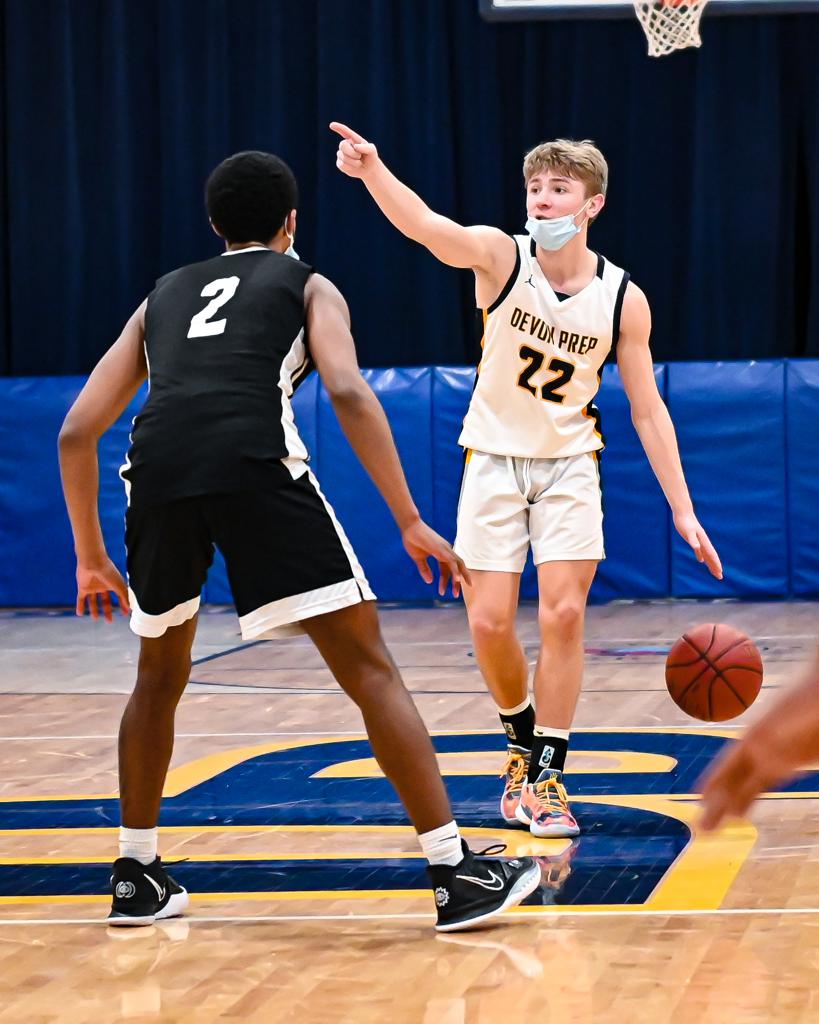 Newcomers like Pettit and Mishock have gelled nicely with a corps of senior sophomore forward Lucas Orchard (five points, four rebounds, six steals), senior sharpshooter Chris Patton (two three-pointers), and senior leader Eamon Walsh (10 points, four assists). Walsh took his 100th career charge, already a program record, against the Raiders. Walsh has been a starter since his freshman year and he closed things out down the stretch, despite a ferocious comeback by Archbishop Ryan. He hit eight free throws in the final quarter and his lone basket gave the Tide a 14-point advantage with under four minutes to play.

Raiders senior forward Aaron Lemon-Warren, who was averaging a league-best 24.4 points per game before breaking his foot in practice last season, scored four of his 15 points in the first few minutes of the fourth to cut the lead to 51-39. Petti hit seven free throws of his own in that final quarter, but the Raiders kept coming. Junior Jalen Snead, who finished with 18 points and six steals, converted an and-one to cut the deficit to 11 with 1:53 left to play. A basket by Snead followed by consecutive three-pointers from Michael Paris and Luke Boyd had Devon Prep’s lead down to 62-56. Paris hit another triple to cut the lead to three with seven seconds remaining, but Walsh’s final free throw was the deciding factor. 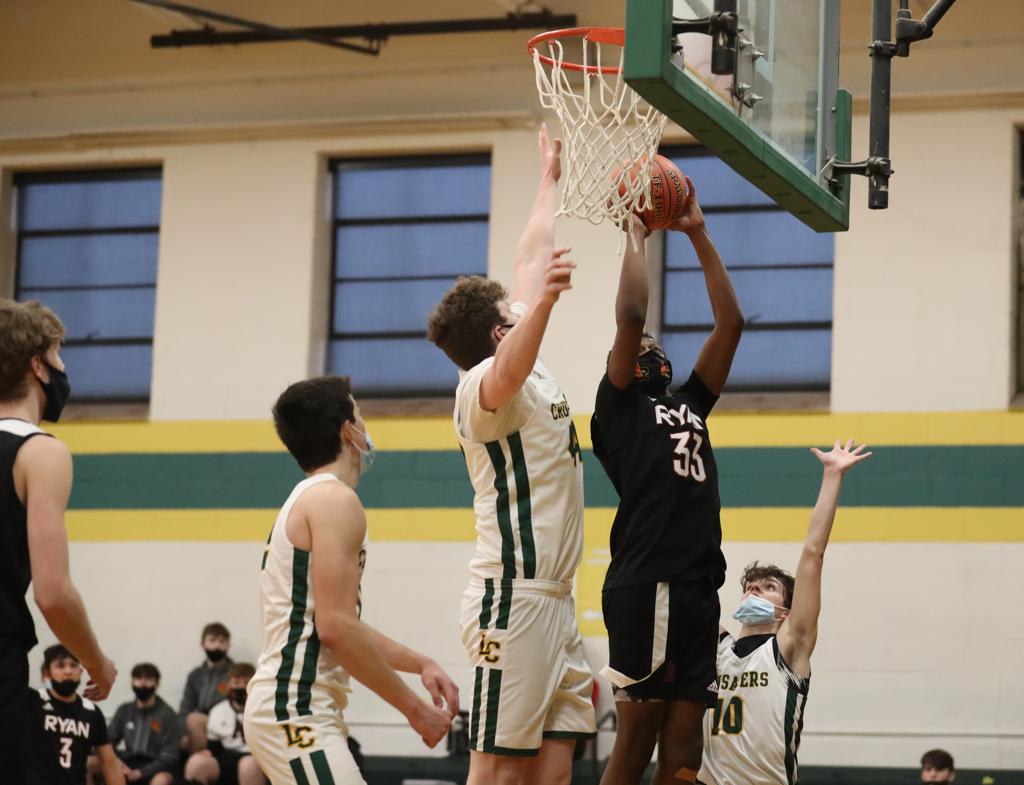 The way his team closed out the contest was indicative of the progress Fisher expected his team to display this season. There is still a lot of work to be done to get to the level he wants this group to be, but this newfound perspective looks to have lasting effect on the program.

“When you take a step back and look at where we were when we came in the Catholic League, I don’t even know if two weeks ago we would have been able to withstand that pressure,” Fisher said. “It’s a great sign of growth for these guys.”