BOYS BASKETBALL: Philadelphia Catholic League Pushes On as Underclassmen Take the Forefront to an Unprecedented Season

PHILADELPHIA-The 2021 season has been uncertain for a variety of reasons. For much of the fall and winter, little was known whether or not a season would even happen. When the Archdiocese of Philadelphia ultimately made the decision to have a winter sports season, the uncertainty was which players would be available (and for how long) and what impact they would have. Upperclassmen like Neumann-Goretti’s Hysier Miller, Roman Catholic’s Daniel Skillings Jr. and Khalil Farmer, and Archbishop Wood’s Rahsool Diggins have used their experience and savvy to perform right out of the gate. 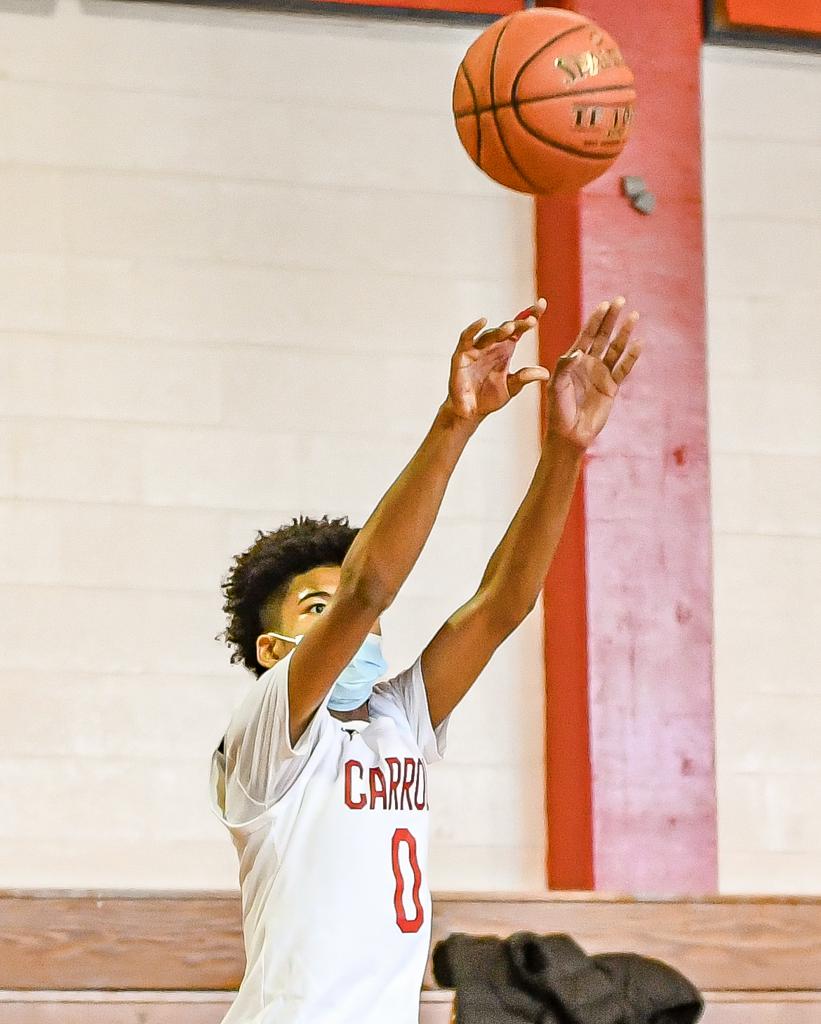 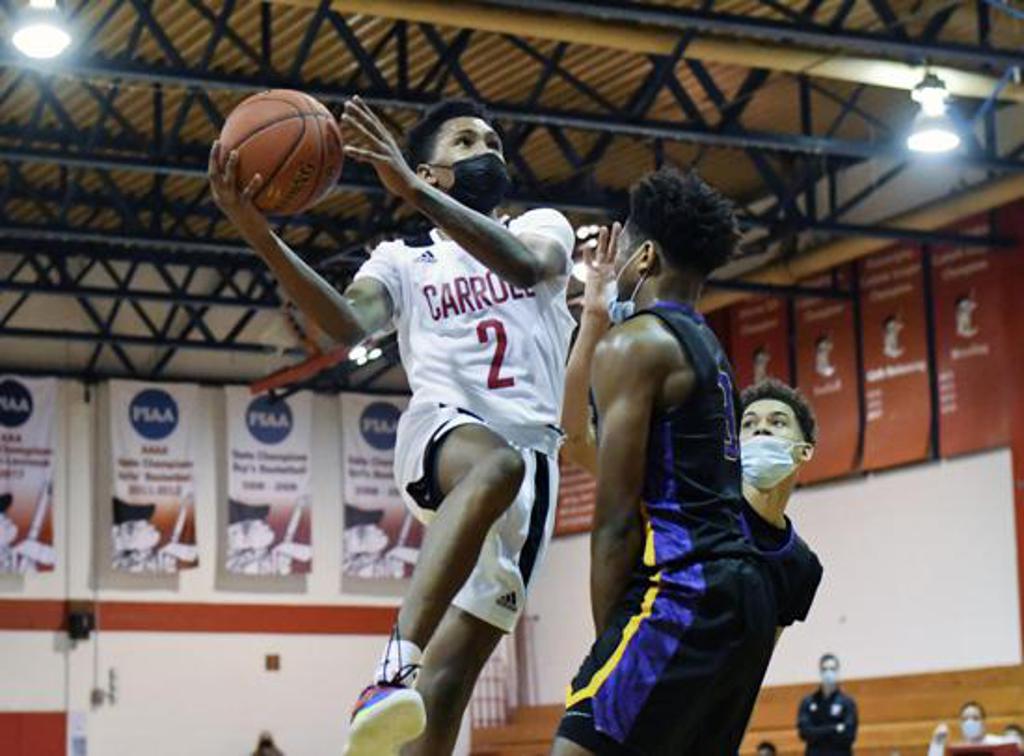 Still, the biggest unknown tends to be focused on younger players, specifically underclassmen.

In a year of uncertainty, freshman players up and down the Philadelphia Catholic have been a constant this season. Moses Hipps and Chase Coleman were two heralded freshmen coming into Archbishop Carroll and they have not disappointed.

Hipps, the 6-foot-3 point guard, is averaging 11.9 points per game and has recorded two 20-point games. His 27 points against Father Judge was the most by a Patriots freshman since AJ Hoggard (Michigan State) had 25 versus St. Joe’s Prep on 01/22/2017. Coleman, the 6-1 combo guard, has played in every game this season and his best performance was nine points against Roman Catholic.

“The future is unbelievably bright,” Bowe said. “We did the same thing with Dean last year. We said, ‘Hey, you’re the starting point guard in the Philadelphia Catholic League. Enjoy 32 minutes of controlling the ball.’ He did a great job for us. Now, these freshmen came in and we threw them in the fire."

“Chase is getting more aggressive. You can tell that confidence is there. Moses has always been steady. The one thing that you don’t see is how they’re students of the game. I’ve done several hours of individual Zoom conferences with them. Not because I called them, but they called me. I think that’s why the confidence is there. They’re trying to get better mentally and that’s so difficult for freshmen.”

After losing a trio of standout guards in Tre Dinkins (Harcum College), Jameel Burton (Chester High School) and Ant Purnell (Kiski School), Cardinal O’Hara has replaced them with two talented freshmen in 6-1 guard Hunter Johnson and 6-3 guard Amir Speights. Johnson is avg. 10.4 ppg through this season and posted 20 points against Conwell-Egan. Speights is avg. 4.8 ppg and posted an 11-point vs. La Salle.

Neumann-Goretti has had three freshmen see playing time this season in 6-4 guard Amir Williams, 5-10 guard Khaafiq Myers and 5-10 guard Robert Wright III. Wright has had the most immediate impact of the three as evidenced by his game-winning layup at the buzzer against the Explorers. Bonner-Prendergast freshman Elijah Duval, the 6-3 guard and brother of former Duke and IMG Academy Trevon Duval, has seen time this season and scored 16 points vs. Lansdale Catholic. Conwell-Egan has a terrific freshman in 5-7 guard Aidan Mondragon, who has appeared in every game this year. 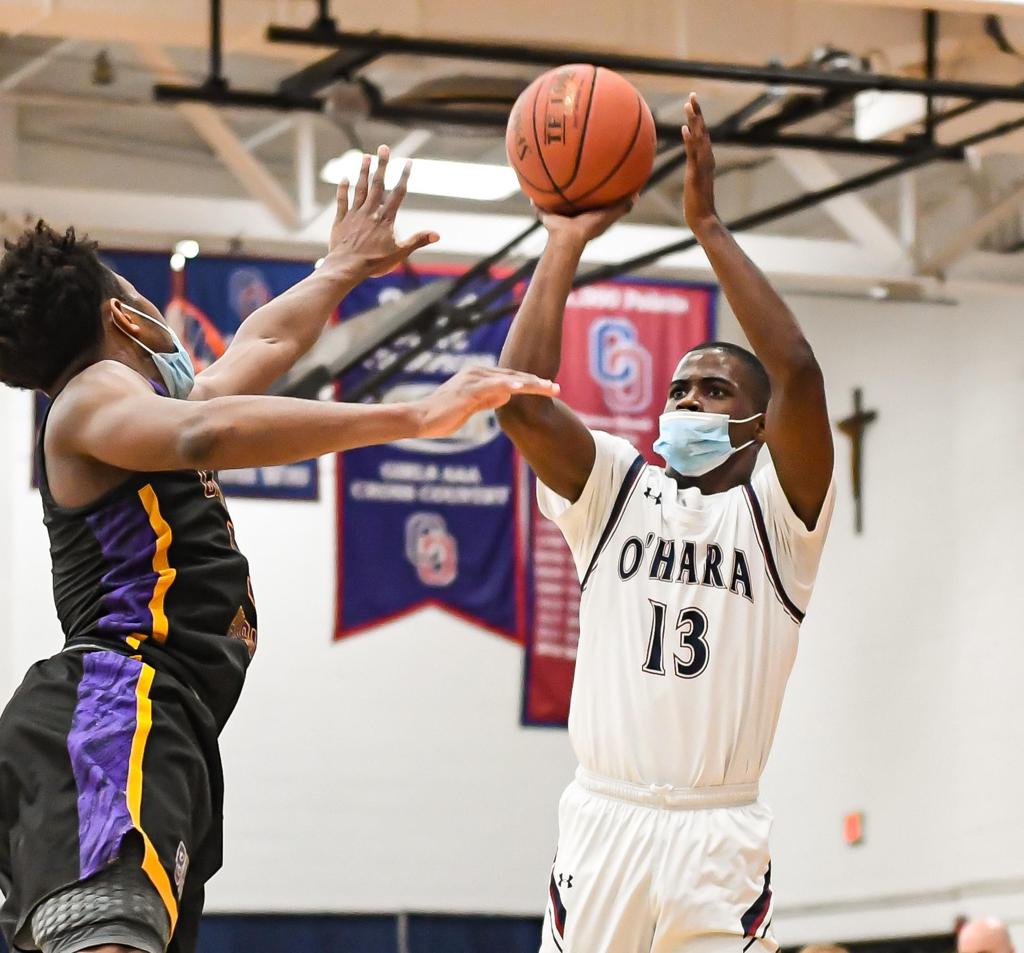 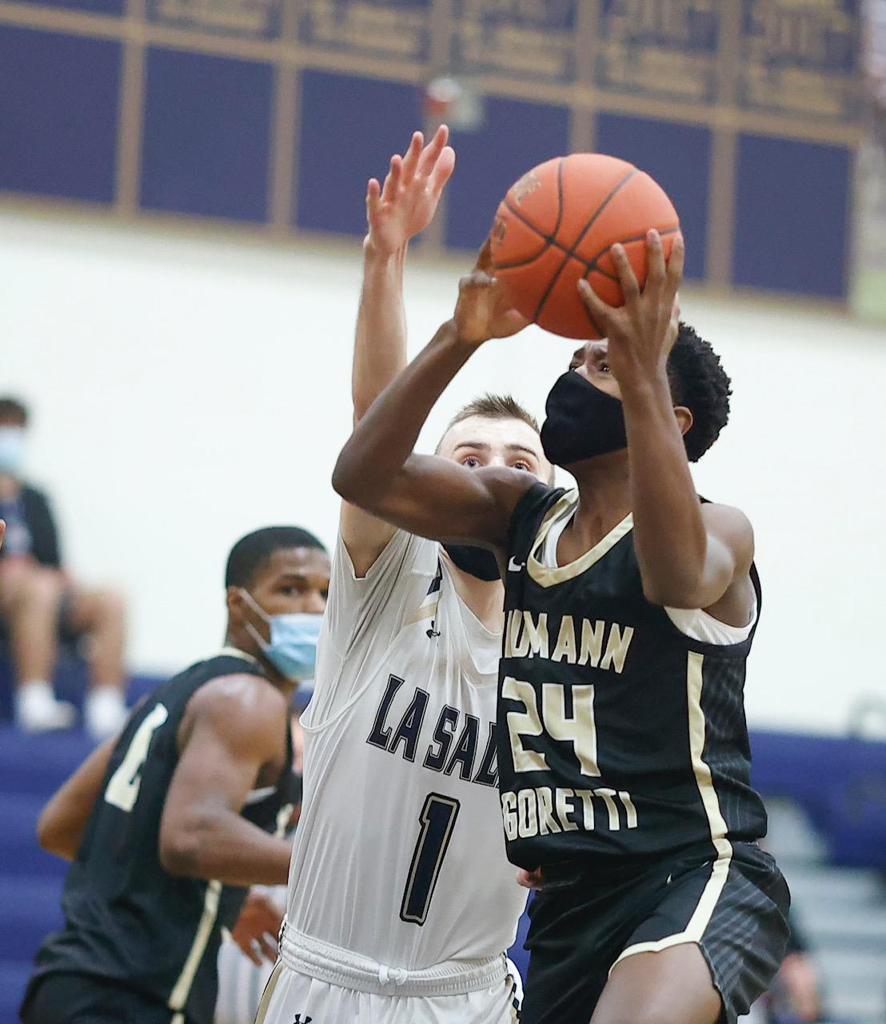 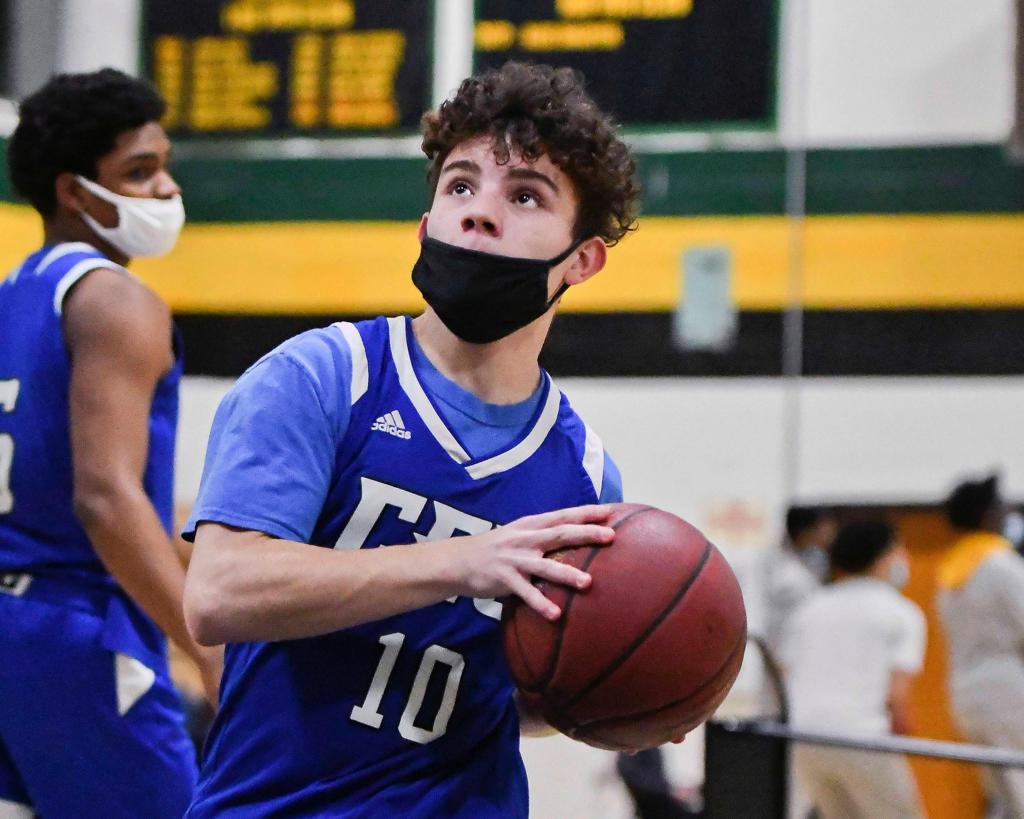 Ty Mishock has been a key contributor for Devon Prep in the early part of the season. The 5-8 freshman is avg. 10.2 ppg, which includes 15-point games against both Bishop McDevitt and Archbishop Ryan.

Following the Tide’s 65-61 win over the Raiders on Feb. 15, Mishock shared his previous knowledge of the league and what he knew coming in.

“I knew that it was one of the best leagues on the east coast,” Mishock said. “It produces many Division 1 athletes every year.”

Devon Prep head coach Jason Fisher tends to forget Mishock is in his first season of high school basketball but teaches him as if he has been in the program for a few years.

“There are times I have to remember he’s a freshman,” Fisher said. “He has such composure with the ball. The mistakes he has made since the first game are new mistakes, so he’s working on them.”

Last season, Roman Catholic’s Xzayvier Brown was the most notable freshmen to make his presence felt but there are several that will have been integral to their team’s success as the season heads into its final 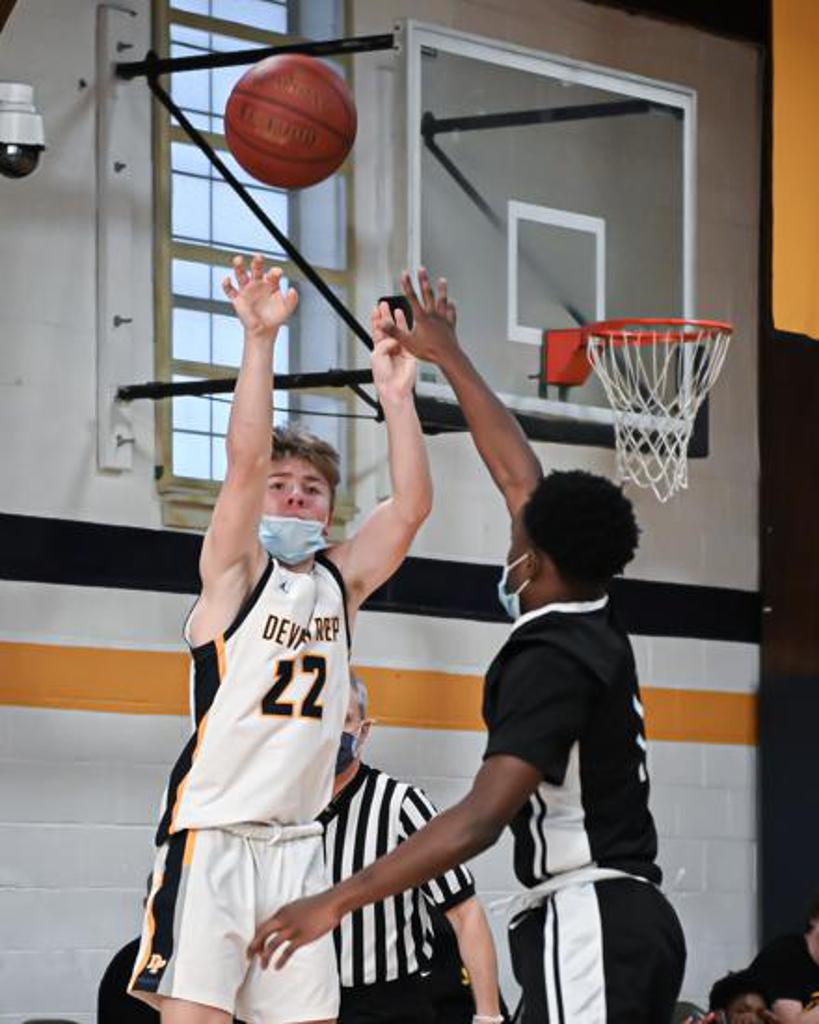 Archbishop Ryan gets off and running

After advancing to the league semifinals and looking like one of the front runners for a spot in the PIAA Class 5A Tournament before its cancellation last season, the Raiders returned to the hardwood on Feb. 13. Having dealt with COVID-19 concerns, which delayed its start of the season, Archbishop Ryan (2-1) has performed well through its first three contests.

They downed Lansdale Catholic in the opener by 25 points then suffered a four-point loss to Devon Prep at home. It upended Northeast Philadelphia rival, Father Judge 67-41 on Saturday.

Senior Aaron Lemon-Warren, who was leading the league in scoring before breaking his foot midway through the year, looks back to his old form. The 6-5 forward, who holds offers from Penn State, Richmond and Saint Louis, is avg. 18.5 points and eight rebounds this season. Senior Dominic Vazquez, in year two as the starting point guard, is avg. 10.5 ppg. 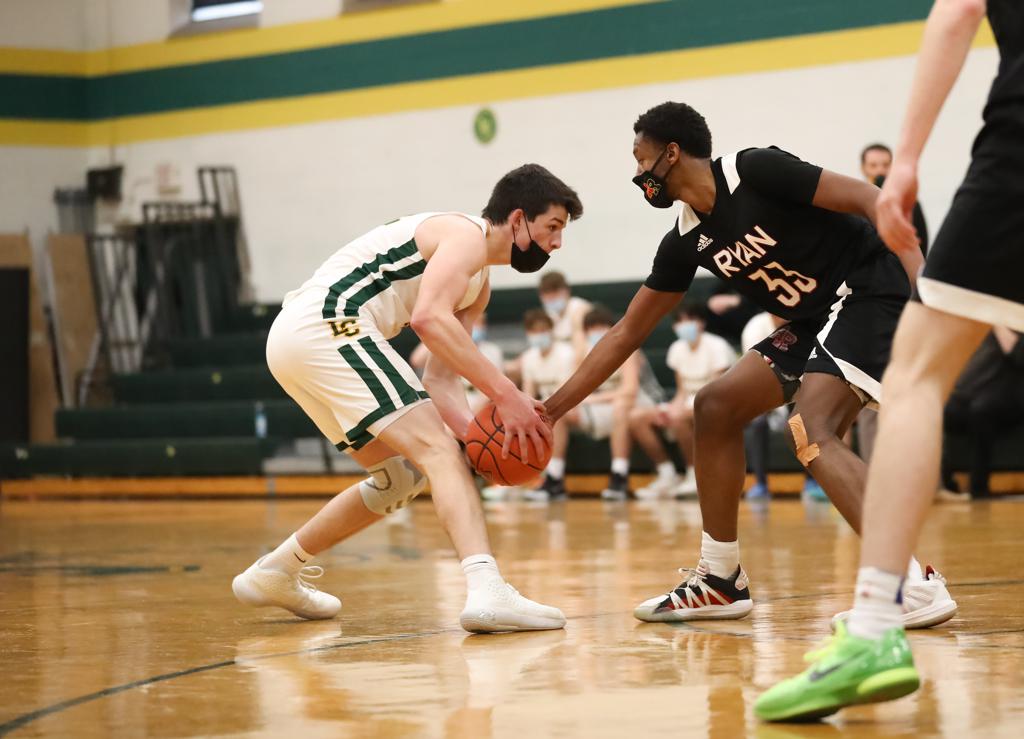 Junior Jalen Snead had 18 points and six steals against the Tide. Junior Luke Boyd, who moved into the starting lineup a year ago after Lemon-Warren went down, scored 16 points against Father Judge. The biggest surprise has been the play of 6-9 senior forward Christian Tomasco, the Bishop Eustace (N.J.) transfer. He had a double-double in his Raiders debut against Lansdale Catholic with 11 points, 11 rebounds and two blocks. He had a monster performance against undersized Father Judge with 22 points, 14 rebounds and two rejections. He currently holds an offer from St. Francis (Pa.) and could be the key to another trip to the state tournament for the Raiders.

Mike McKee’s third season at the helm of the Explorers has exceeded expectations. The Explorers (5-2) have already claimed victories over Archbishop Carroll, Cardinal O’Hara and St. Joe’s Prep, who they beat by 41 points. They lost a heartbreaker at the buzzer to Neumann-Goretti to open the season.

La Salle is only two years removed from the league title game and, in a season where teams are still trying to find their groove, they could find themselves there again with a group that can hurt the opposition in a lot of different ways.

Sam Brown, the 6-3 junior guard, is one of the best running backs in Pa. and his high-major offers showcase that. On the basketball court, he’s becoming noticed for his scoring prowess and playmaking ability. He is avg. 14.7 ppg, which includes a career-high 28 points against the Patriots. His backcourt mate, 6-3 junior Nix Varano, is avg. 13.3 ppg and has drilled at least three triples in four games this season.

Down low, Horace Simmons (12.3 ppg), the 6-5 sophomore forward, has been a mismatch for bigger players. He had 26 points, including six three-pointers, against the Saints followed by 12 points and nine rebounds versus Cardinal O’Hara. 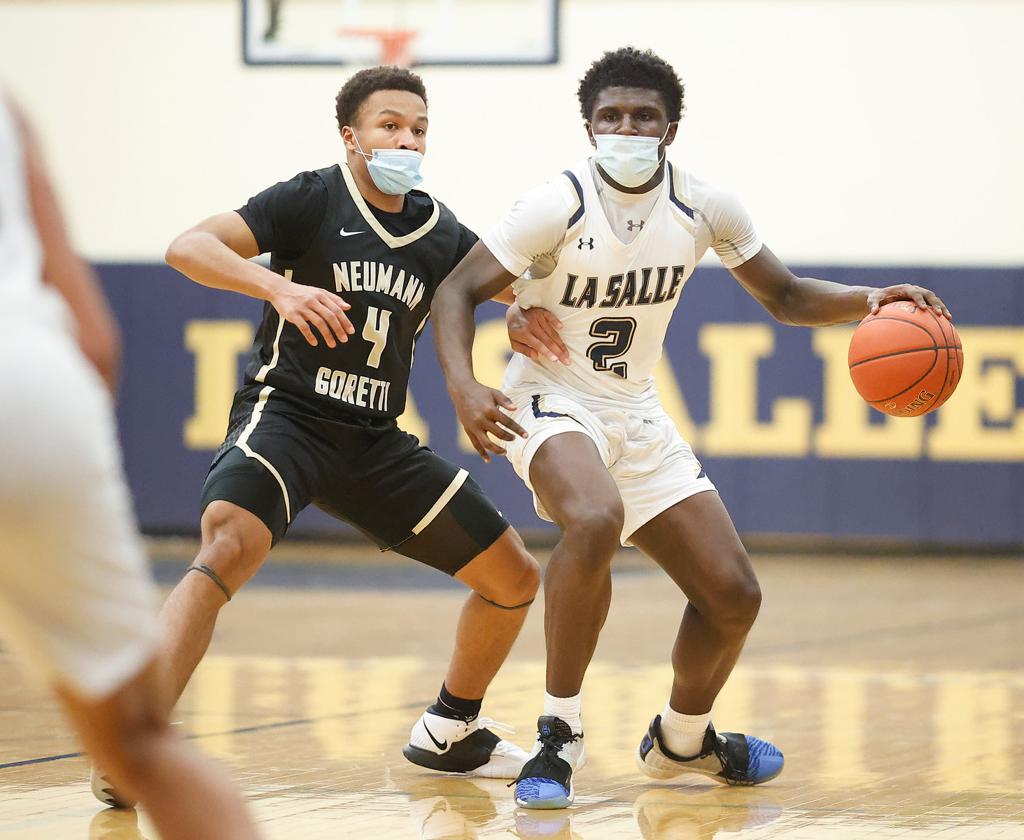 The Explorers play three teams that made the playoffs last year in their next three games: Roman Catholic, West Catholic and Archbishop Ryan. If some things go their way and their impressive play continues, it would not be a shock to see them in contention for a second trip in the title game in three years.

The expectations in Jason Harrigan’s first season at St. Joe’s Prep focused on culture establishment and player development. Having lost leading scorer in Trevor Wall (Ursinus) and three more starters along with longtime head coach William “Speedy” Morris, the Hawks were certainly in rebuilding mode. Unfortunately for many teams throughout the Philadelphia Catholic League, they forgot about Jimmy King.

The 6-1 senior guard had 21 points in the season opener against the Patriots and has not looked back. He is avg. 21.3 ppg and has become one of the most skilled scorers in the league. He had 36 points versus Bonner-Prendergast then followed that up with 30 points in a nonconference game against Archbishop Carroll on Feb. 14, becoming the first Hawks player with multiple 30-point games in a single season since former St. Joe’s standout Chris Clover in 2014-15. Clover avg. 20.7 ppg that season and King could very well be at or surpass that number when all is said and done. 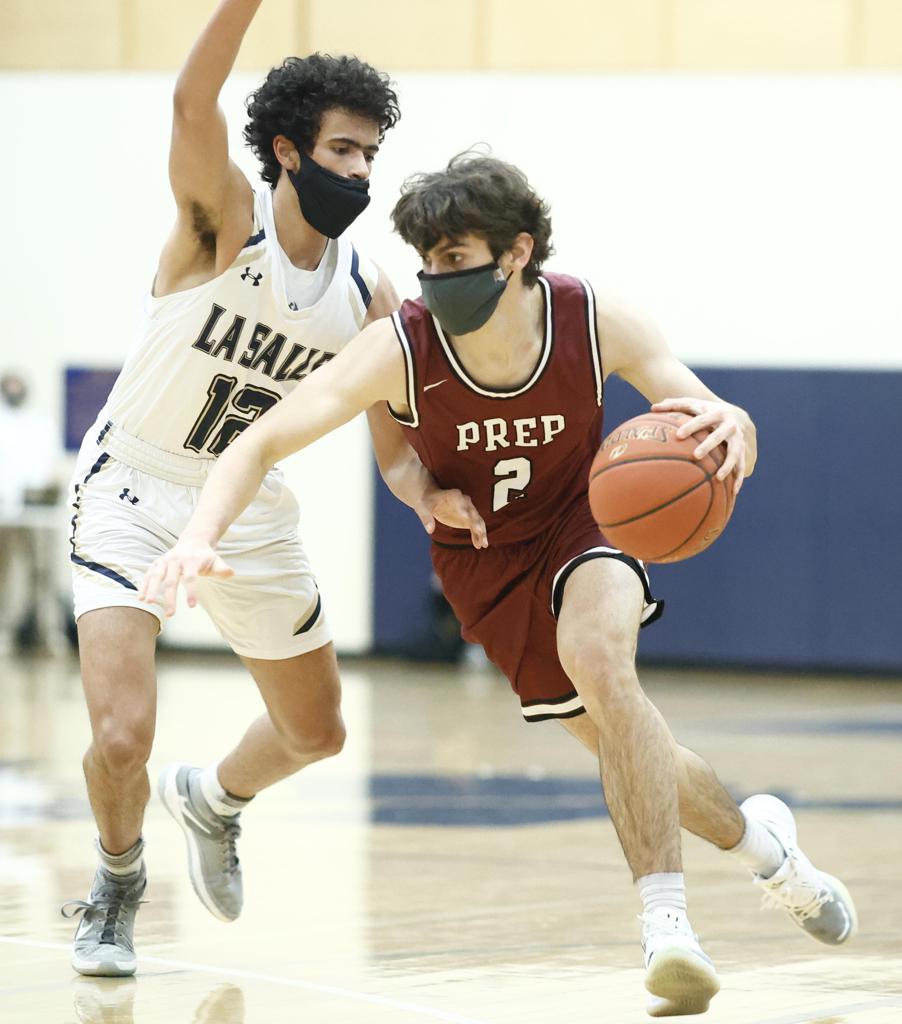 King is committed to play baseball at Holy Cross but he’s absolutely leaving a lasting impression on the court in his final season. He had his first single-digit scoring game against the Explorers but rebounded to score 21 points against West Catholic on Sunday. While it was expected to be a down year for the Hawks, King has given his side the belief that they can win and has made for an entertaining final campaign.