PHILADELPHIA – Basketball lifers enter high school carrying an array of emotions, concerns, and goals. At first, they simply want to fit in and prove they belong on the court with older and more experienced players.

Before long, though, their roles switch. They become the older, more experienced players, and thoughts about post-graduation basketball become prevalent as their scholastic engrossment suddenly approaches the end of a four-year expiration date.

For two Catholic League standout players, their senior year will be absent the angst of worrying what’s next on the hoops horizon. In mid-June, Cardinal O’Hara’s Maggie Doogan officially committed to the University of Richmond while Archbishop Wood’s Bri Bowen chose the University of Delaware as her next destination. Both schools are Division I.

“I definitely had a goal of playing Division I basketball entering high school, and I knew I could get there with the help of coaches and teammates,” said Doogan. “The recruiting process for me was pretty crazy. I didn’t know what I was looking for going into it, and I got stressed out a lot towards the end of it.

“I came to the decision of choosing Richmond because of the feeling I got walking around campus (on June 11-12). I knew I could see myself there, and just talking to the coaching staff and players, I knew it was the right fit for me.”

Doogan’s junior season was spectacular. While averaging 14 points, seven rebounds, and two blocks, the 6-foot, 2-inch power forward and first-team All-Catholic helped the Lions capture the PIAA Class 5A state championship by contributing 13 points, seven rebounds, five blocks, and two steals in a 51-27 win over Chartiers Valley. Already a first-team All-Catholic, Doogan added more prestige to her burgeoning resume when she was named first-team all state.

Though thrilled to finalize her college plans, Doogan never noticed any clouds dampening her scholastic enjoyment.

“Honestly, the court is an escape from everything, including the stress of colleges,” said Doogan. “It’s a weight lifted for sure, but I don’t see it making a huge difference when I’m playing.”

Doogan’s coach at O’Hara, her mother Chrissie Doogan, identified with what her daughter experienced once college offers began flooding in. An O’Hara standout before graduating in 1993, Doogan ultimately starred at La Salle University.

“Maggie will graduate as one of the most improved players O’Hara has ever had,” said Doogan. “She has increased her skill set every season. She will go back and watch film as a freshman and ask me how I ever played her. It’s been fun to watch her game develop.

“The recruiting process is different but definitely has some similarities. I told Maggie to narrow down your schools to the point where you can’t make a wrong choice. I think Richmond is a great spot for her. Academically and athletically, it has so much to offer.” 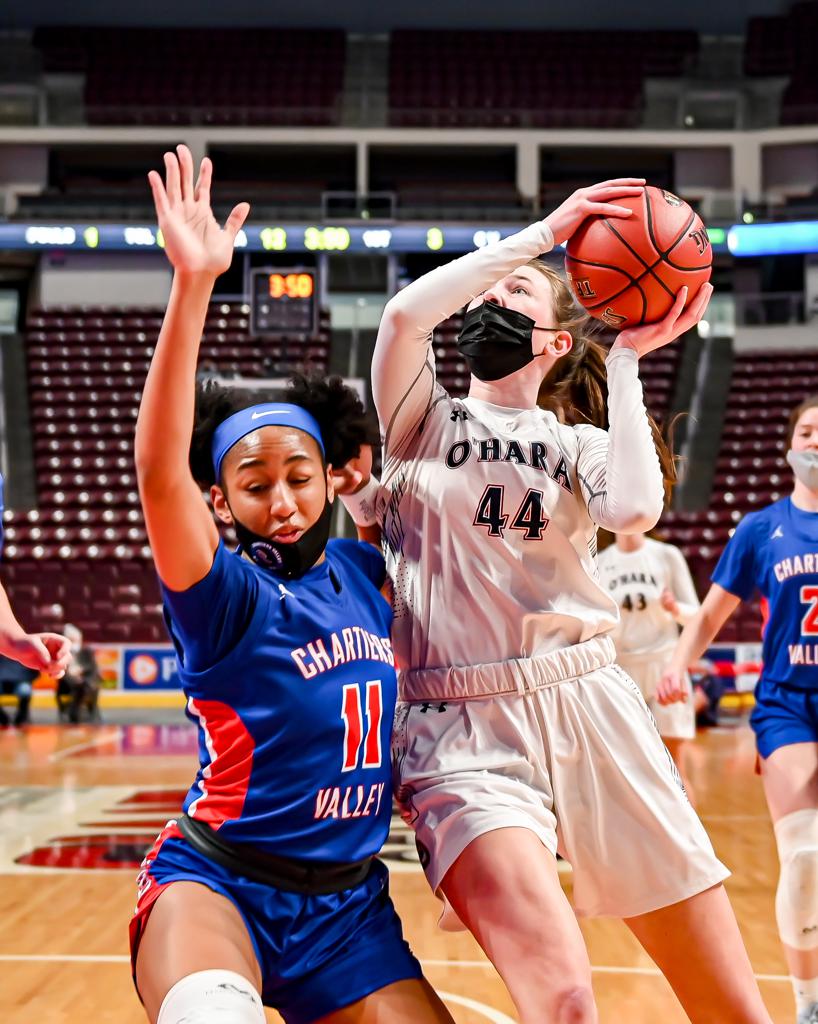 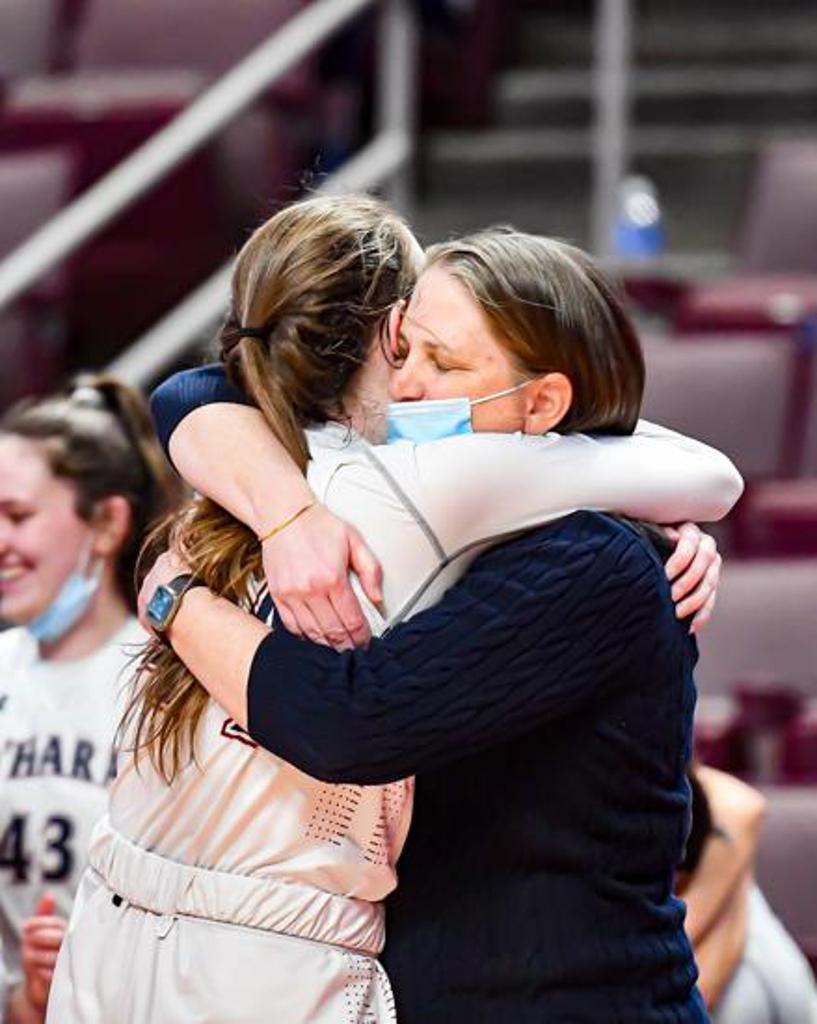 For Bowen, a visit to Delaware on June 16 ignited such a plethora of positivity that she committed that very same night.

“During the process, it was an amazing experience talking to the different schools and coaches,” said Bowen. “But during Covid, it was difficult and stressful sometimes not being able to see the coaches and experience it in person. But, I knew to just keep working as hard as I can because I can only control what I can control.”

With the support of Wood coach Mike McDonald and AAU coach Brandon Millwood, Bowen remained level as she sifted through different possibilities.

After deciding on Delaware, Bowen emitted a sigh of relief.

“It took a lot of stress off because I am committed and can focus on winning another state and PCL championship with Wood,” said Bowen. “I always dreamed of playing D1 basketball since I was little. When I finally got the opportunity to get on campus at University of Delaware, it really gave me a better picture of everything.

“Visiting Delaware marks the best day of my career. I am beyond happy I chose Delaware and will be a Blue Hen. Everything felt so right to me. After meeting Coach (Natasha) Adair and her staff, they made me feel like Delaware was a perfect fit for me.

“Academically and athletically, this school has everything. Delaware plays in the Colonial Conference, has amazing athletic facilities, has lots of business majors, and is close to home so my family can watch me play.”

Bowen is contemplating majoring in business management that deals with health care.

“I feel like the academic piece is so important because you are not going to play basketball forever,” said Bowen. “I wanted a school that played basketball at a high level and set me up for my future.

Archbishop Wood’s coaches and teammates have relied on Bowen’s mental smarts and physicality more than her numbers. Though she has scored in double digits when needed, a normal stat line for Bowen is six to 10 points, close to double digits in rebounds, a couple of blocks and steals, and drawing fouls from frustrated foes who can’t keep up with Bowen’s constant hustle and pestering. 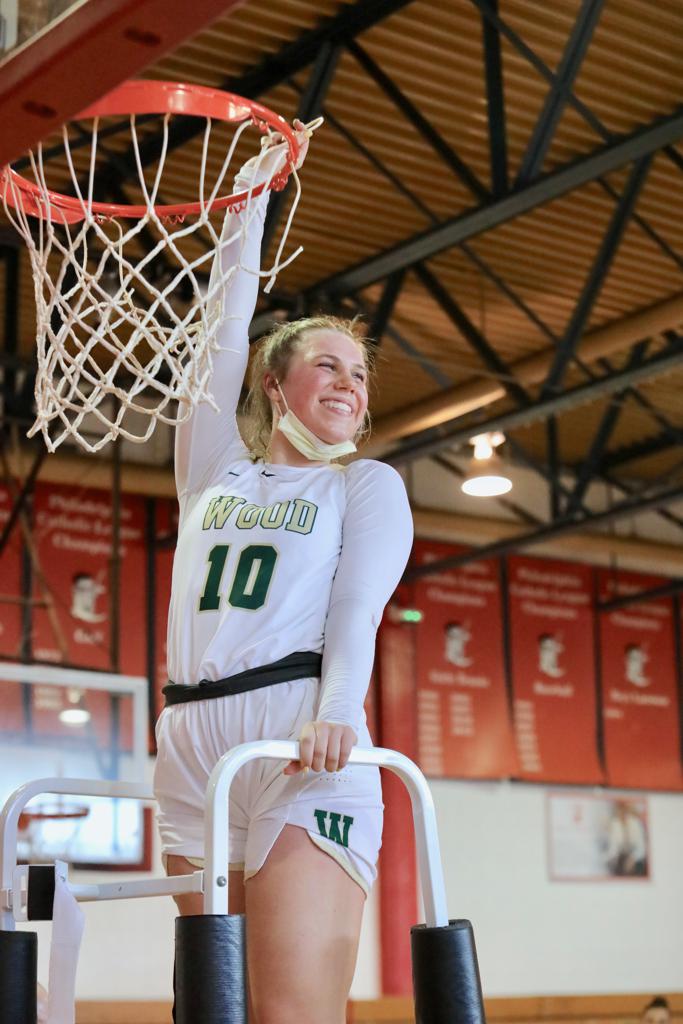 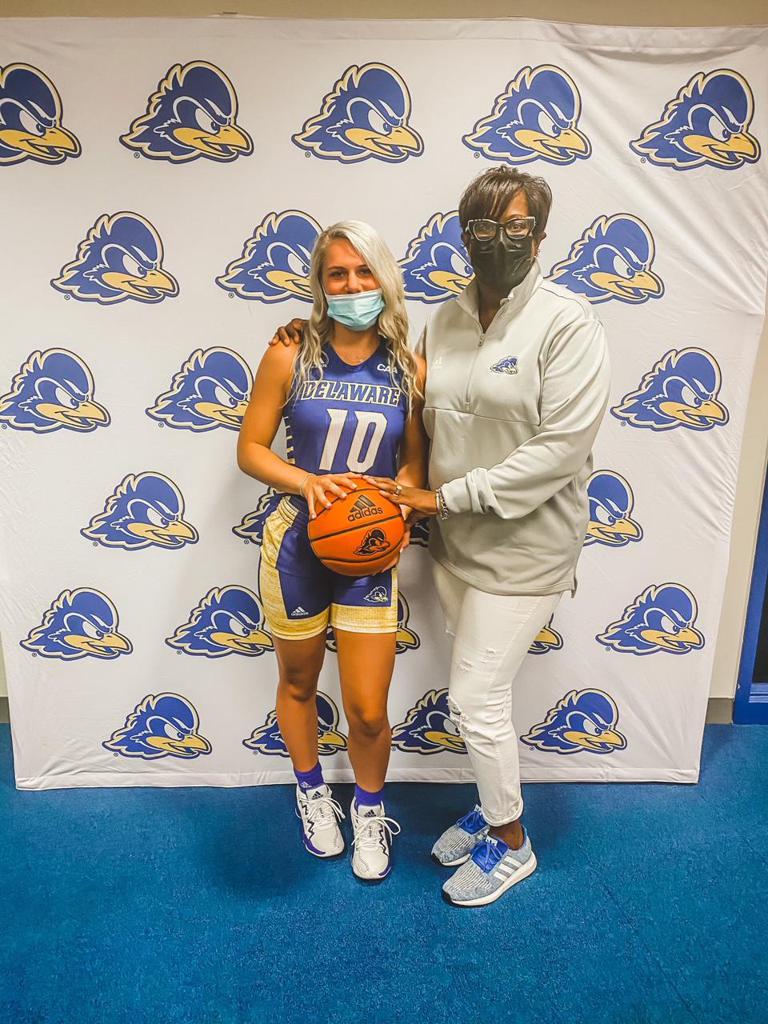 “Bri Bowen is as tough as it comes and has really high basketball IQ,” said McDonald. “She is also more athletic than people may realize. Her AAU coach once referred to her as the ‘Swiss Army knife,’ and it is really the perfect description. She does everything well that helps win basketball games.”

Next year’s scheduled meeting between the Lions and Vikings will take place on Jan. 25 at O’Hara.

If going, get there early.