COLLEGE: More at Stake Than Just the Game for Temple Against Rutgers

PHILADELPHIA – When Temple opens its football season Saturday at Rutgers, it not only gives the Owls a chance to put last year’s 1-6 COVID-marred season into the rear-view mirror, but also allows the football program to look ahead.

This is more than just a basic opening non-league game against a Power 5 school. That’s because Temple and Rutgers often recruit the same players.

Rutgers, as a member of the Big 10, would insist that its’ program is at a much higher level, but until the Scarlet Knights show they can be competitive in college football’s second best conference, the Temple faithful will continue to compare their programs.

Plus there is no doubt both schools recruit some of the same players.

Temple's head coach Rod Carey talks about the progress of running back Edward Saydee and the importance of the Owls first game vs. Rutgers:

While there is a lot of optimism in the second year of the second stint of Rutgers coach Greg Schiano, the fact remains, that Rutgers isn’t considered head and shoulders over Temple, even if Las Vegas kind of eels that way.

According to Draftkings.com, Rutgers began the week as a 14-point favorite over the Owls.

The Scarlet Knights, feel that they have bigger opponents in the recruiting game than Temple, and that very well is true in many instances.

Yet locally, Temple doesn’t have a bigger opponent.

Both schools recruit heavily in Philadelphia, the suburbs, and the entire state of New Jersey. It’s a common theory that for Rutgers to rise in the Big 10, it has to win the major recruiting battles in the Garden State.

A lot of times those battles aren’t with Temple, but other Power 5 schools.

Temple meanwhile, would like to own Philadelphia in recruiting.

Now, that may not be such a selling point after last season, but Temple can tell recruits they can be part of the class that helped the program make a major rebound. 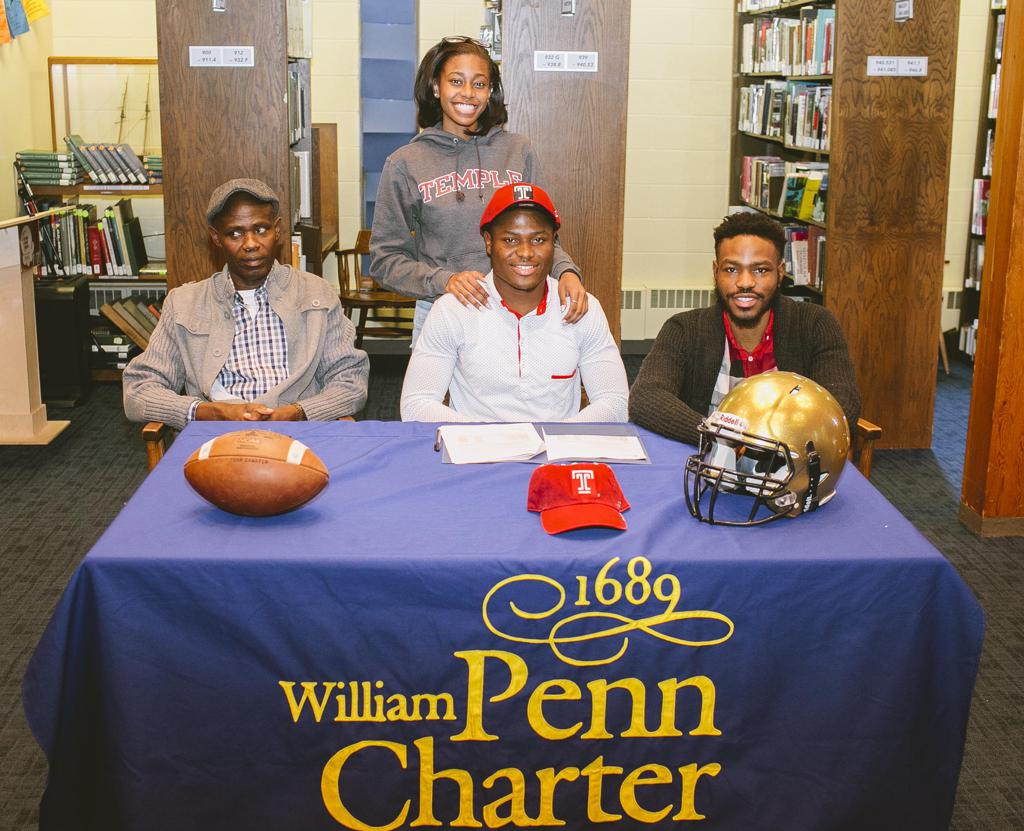 Temple R-Fr. running back, Edward Saydee was a top local recruit out of William Penn Charter - Photo by Zamani Feelings

Another selling point is the Owls produce NFL players. At the beginning of the week, 27 Temple players were on NFL rosters. Don’t think recruits aren’t reminded of that.

We get the fact that all games are important to win, but a good showing by Temple could reap benefits on the recruiting trail as well.

There is another Temple-Rutgers angle in this. Rutgers assistant coach Fran Brown spent two stints as a Temple assistant coach. He made it well known he was interested in the head coaching job that eventually went to Carey. Brown stayed one more season at Temple before departing after the 2019 season for Rutgers. He is considered among the best recruiters in the country.

So a big Rutgers win would give him added ammo to talk to recruits, while if Temple comes close in Saturday’s game, or pulls the upset, one can bet that the Owls’ assistant coaches will be on the phone with potential recruits as early as Sunday morning. 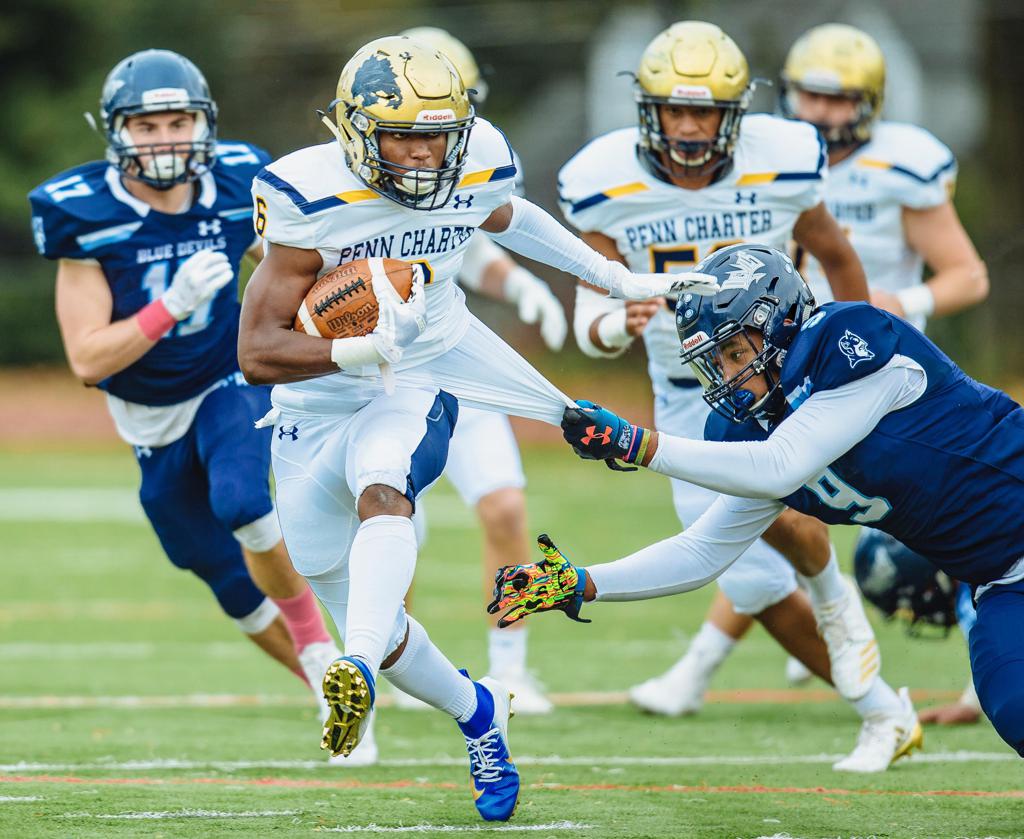 Penn Charter alum Edward Saydee (#6), who was a standout in football and track, is listed as the first-team running back for the Owls - Photo by Zamani Feelings

It’s also important that players recruited locally do well and for Temple, the first released depth chart showed that Edward Saydee, a graduate of Penn Charter, was listed as first-team running back.

Now things can change between now and Thursday, but Saydee has vaulted his way to the top of the depth chart, even though there were others who might have garnered more headlines out of high school.

“He’s just gone to work, really since last January and is probably one of the hardest workers on the team and the gains he has made in the weight room, and on the field just are starting to show,” Carey said of Saydee.

On its depth chart Temple has 10 new projected starters who began their college career at another school. It’s important to do well recruiting transfers, especially since the NCAA no longer makes them sit a year the first time they leave a school.

Both Temple and Rutgers will fight tooth and nail to win Saturday’s game, but there is much more at stake as both schools look to catch the eye of the best high school players this area has to offer.