GOLF: Plenty of Competition to go Around, Five-Team Match Ends with La Salle On Top

On Par with Johnny Murray - Edition 3 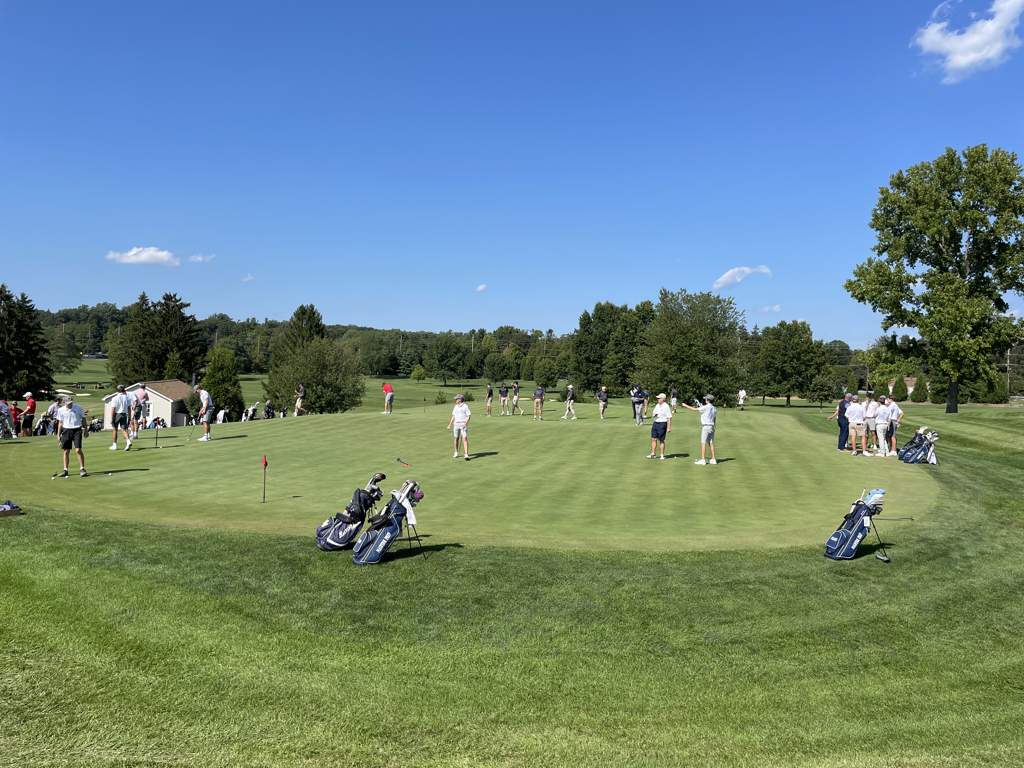 Paoli, Pa - Last Tuesday afternoon at Waynesborugh Country Club, five different teams faced off in an inter-league match with teams competing from the Inter-Ac League and the Philadelphia Catholic League (PCL).  The action packed match began with a shotgun on the front nine with all 40 golfers.

In the end, the La Salle Explorers placed first with a 191, just in front of Malvern Prep, who finished with a team score of 193.

The other participating teams finished not far behind, with Devon Prep ending the day in third at 200, St. Joseph's Prep at 208, and Holy Ghost Prep rounding out the pack at 214.  All of these teams have had great seasons in recent years and are expected to be top contenders in their respective leagues.

The teams participating in this match were all highly competitive. This match was extremely important for the players in order to make a statement and prove that they can go head-to-head with teams from different leagues. Malvern Prep's head coach Gary Duda kicked-off the event with a speech and conveyed his excitement to all the competitors.

"We are really excited for you all to be here and we are hoping this can become an annual thing," said Duda.

Despite the recent wet weather, the course was in great condition, which allowed the players to take advantage of the soft greens.

Finishing the match at 191, La Salle was led by junior Joe Halferty and sophomore Scotty Hughes, who both shot a 37. Another notable performance came off the clubs of Malvern Prep senior captain Keller Mulhern, who finished with an impressive 1-under round of 34.

Mulhern, who finished tied for individual honors out of a 40-player field, was thrilled to play in the multiteam match.

“I’m pretty excited (for today’s match),” said Mulhern. “Our team graduated a lot of seniors but I still feel like, for the most part, that we are pretty solid.”

Malvern Prep’s Davis Conaway, who is a skilled and confident 8th grader, played in his first-ever tournament with the high school team. Conaway maintained his composure, shooting a 36 on the afternoon, proving he can definitely hold his own against the tenured players on the course.

Malvern Senior Keller Mulhhern gives insight to his team and his familiarity with the course:

Malvern Senior Dylan O'Connor says the Friars have a lot of new talent this season:

St. Joseph's Prep and Devon Prep finished the tournament within 10 points of each other, with the Tide edging the Hawks 200-208.

Although finishing in the back of the pack, Holy Ghost Prep relied on the consistent play of senior Calen Sanderson. Sanderson, who won the PIAA 3A state championship last fall, has verbally committed to play golf at the University of Notre Dame next year. He finished the afternoon with a 37.  Fellow Firebird Aidan Irons ended his day with a 39, just 4-over par.

With plenty of golf left to play, only time will tell which one of these teams will be at the top of their leagues’ leaderboards by the end of the 2021 season.

Devon Prep Senior Graham White says his team was looking forward to the opportunity to play against top talent:

Holy Ghost Prep's Calen Sanderson said that the Firebirds have a lot of senior talent to depend on this season:

Match Highlights from the Course: