Ironically, the Most Valuable Player on the winning team did not appear on the list.

Relentless all over the field for all six stanzas, senior Grace O'Neill scored her second goal of the game late in the second overtime period to lift Archbishop Carroll to a 2-1 victory over defending champion Cardinal O'Hara on a freezing cold Tuesday night at Neumann University.

“The ball got sent down, a beautiful ball,” said O’Neill, who also won a PCL title as a freshman in both field hockey and basketball. “I just ran onto it and I just kind of waited for hopefully an opportunity to get it into the cage.

“It’s just so awesome for my team. To be able to hear my teammates running down and being back to win the Catholic League is just so awesome. Winning the PCL is the best feeling ever.”

With a third 10-minute overtime looming, the winning goal was set up on a perfect feed by first-team All-Catholic junior Cate McConaghy, who led O’Neill at around the 35-yard line. Avoiding a trailing defender while racing down field low to the ground and coming quite close to stumbling, O’Neill flicked the ball into the cage while falling to the ground.

Upon rising to her feet, O’Neill was embraced by an ecstatic McConaghy, and the pair was quickly joined by the rest of their teammates and a delirious fan base as they celebrated in unison outside the O'Hara cage.

“I was so hyped,” said McConaghy. “I just jumped on Grace and I was like, ‘We just won the PCL, baby.’ Assisting her on that goal . . . I’ll remember that for the rest of my life.” 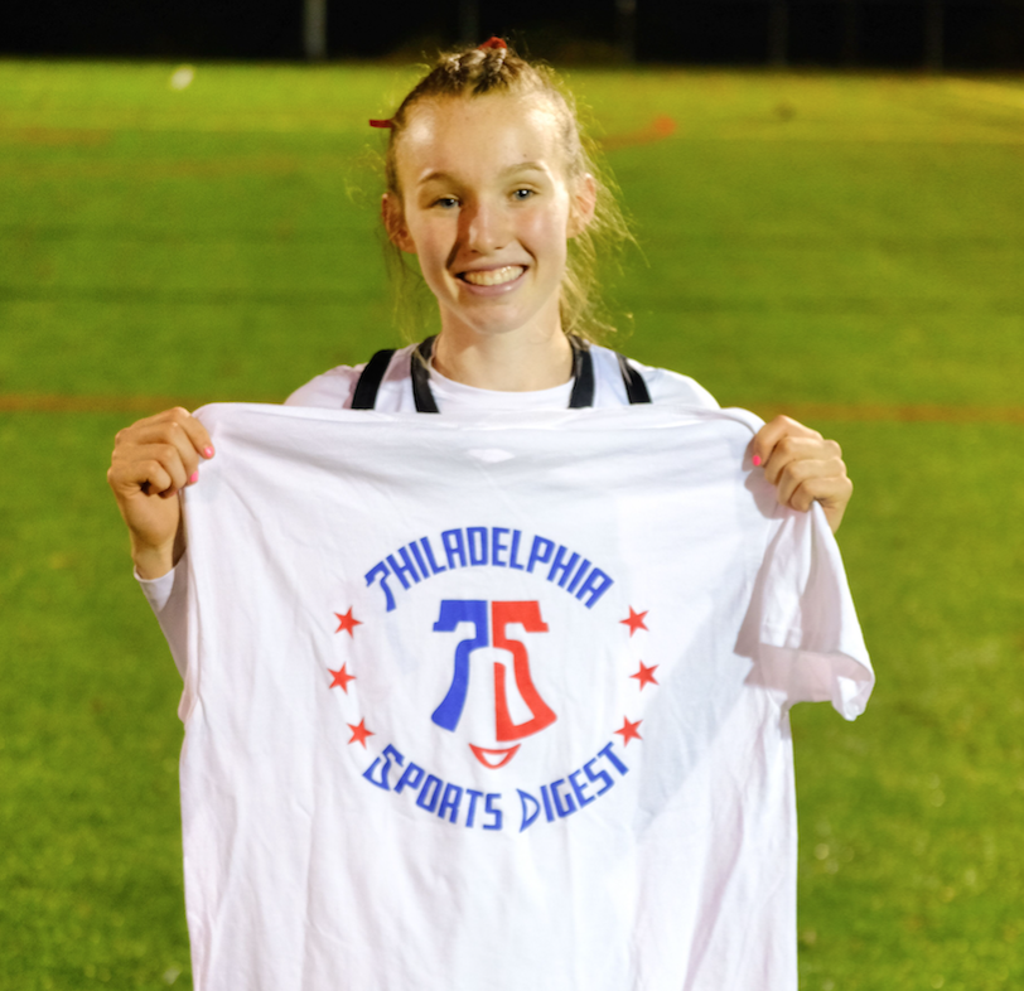 During the regular season, the two finalists were clearly the top two teams in the PCL. While going 7-0, Carroll allowed a grand total of two goals – one of them in a 2-1 victory at O’Hara on September 22. The Lions were nearly as good, finishing 6-1 with five shutouts.

After lopsided semifinals wins, anticipation of a potential classic final gained steam almost immediately and rose to a fever pitch during the four days prior to the championship.

Not surprisingly, both squads imitated a pair of boxers bashing it out through 15 arduous rounds. O'Hara controlled play early, but Carroll snared a 1-0 lead on an O'Neill tally assisted by sophomore Sienna Golden.

Cate McConaghy was thrilled to provide an assist on game-winning goal. (video/John Knebels)

Assisted by senior Mia Scarduzio, O'Hara senior Lexi Culp tied the game at 1-1 with 4:23 left in the third quarter, setting the stage for a back-and-fourth final period and two overtime sessions.

“Everybody came to play today,” said Elisio. “Both teams played super, super hard. They played their guts out despite the cold, despite the weather. We just came out victorious.”

Without the superior goaltending of sophomore Reilly Mcmenamin, Carroll still might be chasing its first PCL title since 2018. Mcmenamin kicked aside several scoring chances and was brilliant during a flurry of O’Hara shots late in the final stanza.

When overtime commenced with both teams going seven-on-seven, Mcmenamin needed to settle her nerves.

“Oh my gosh, your adrenaline is rushing,” she said. “It’s crazy. I can’t even explain it. When Grace scored, I literally was freaking out I was so excited. My adrenaline was through the roof.”

Elisio was asked to assess the performances of Mcmenamin and O’Neill.

“Reilly’s amazing,” said Elisio. “We count our lucky stars for her. She works her butt off. She’s a little blessing from above.

“Grace played a phenomenal game. She hustled after every single ball. At halftime I said, ‘Hash tag play like Grace.’ She just threw her stick down. She gave it her all. Could have been her last game, but she didn’t want it to be her last game. She played like it tonight. So, hats off to her. Hats off to the whole team.”