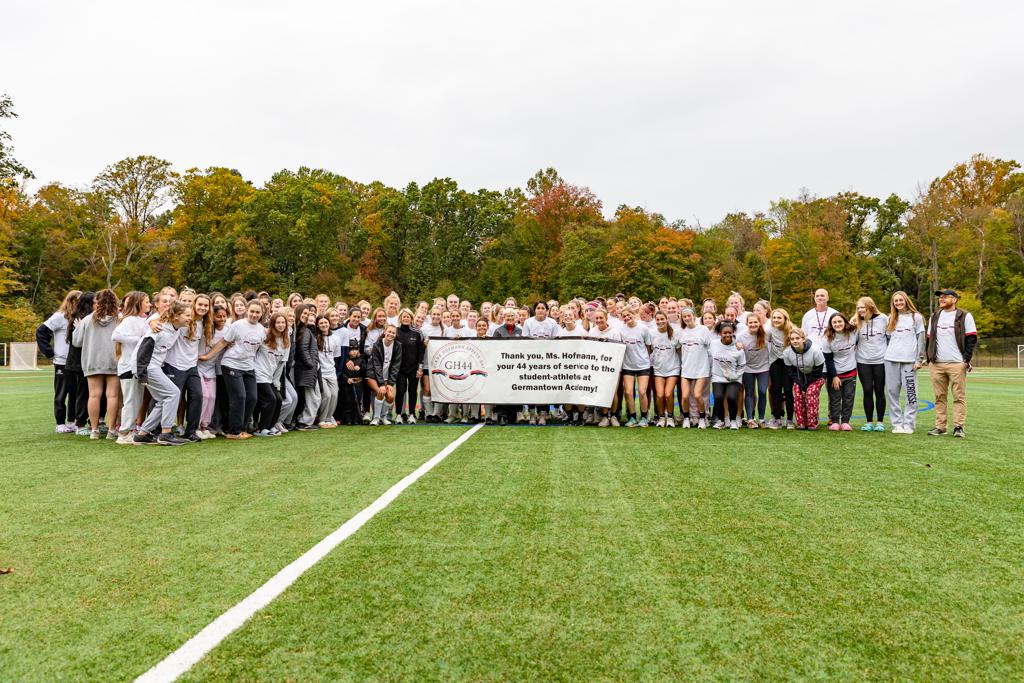 On Saturday, October 23, GA hosted the Ginny Hofmann Sports Day (GH44) in recognition of Hofmann’s 44 years of dedication to their school and for the contributions she has made to their girls' athletic programs.

But more importantly, Hofmann paved the way as mentor and coach to girls pursuing their goals both in academics as well as in athletics.

Hofmann's foresight has been responsible for the growth and caliber of the girls' athletic programs at GA today, especially in field hockey and lacrosse.

"When I came here in the fall of 1976, these fields  were grass and they were facing the other direction and they were about ten feet down. It was a very different world. In the fall, all the girls had was field hockey—it was the only sport in town. In the winter, it was basketball and swimming; and in the spring, it was lacrosse and tennis. That was it—five sports. All these years, 46 years since then, to see the growth of girls sports here at Germantown Academy, six fall sports for the girls; the success of girls programs and all of the athletics programs, it's so amazing," said Hofmann.

For 36 years Hofmann coached both the varsity field hockey and girls' lacrosse teams.

In her final season as field hockey coach, she led the Patriots to a 15-9 record and a semifinal appearance in the Pennsylvania Independent School Athletic Association tournament.

Former Coach and Athletic Director Ginny Hofmann shares her gratitude for the growth of the girls' athletic programs at GA.(video geanine Jamison for PSD) 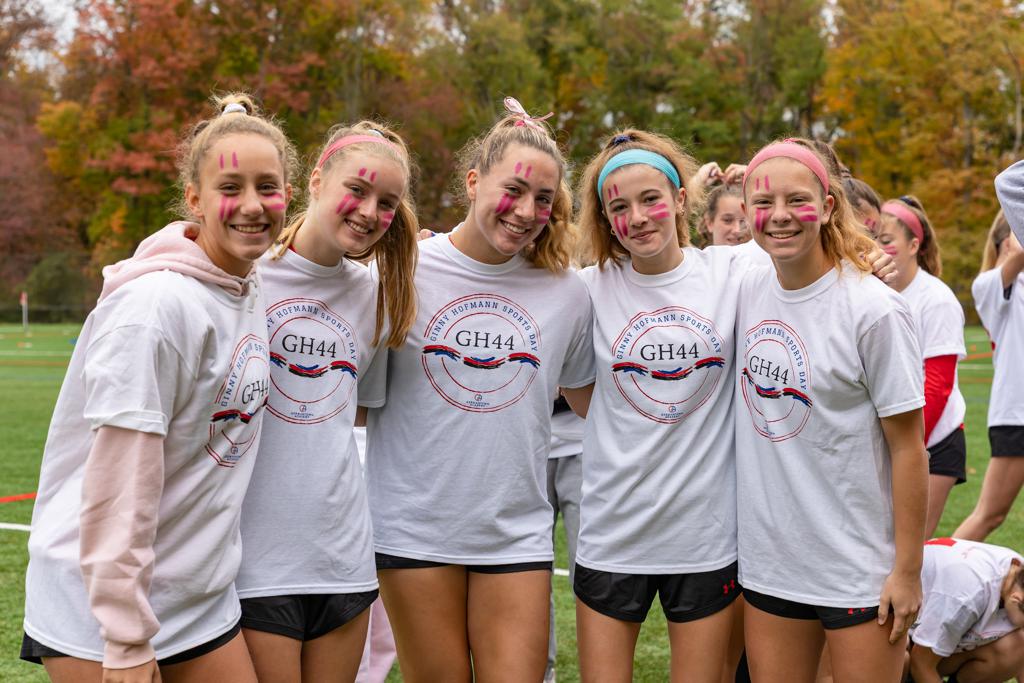 Hofmann led the 2006 lacrosse team to a perfect 12-0 league record. Her 1979 squad is in the GA Hall of Fame as the only undefeated field hockey team in GA history.

Among her many honors, Hofmann was selected as the first female recipient of the 2014 Inter-Academic League's Michael F. Mayock Distinguished Teacher-Coach Award.

Prior to the Inter-Academic Athletic League’s formal combining of the girls and boys Inter-Ac in 2013, Hofmann served as GA’s only representative to the girls  Inter-Ac since its formation in 1983. Hofmann also served as its president three times and has been the permanent secretary of the league since 1994.

Hofman has led a path by example of inspiring young women to pursue careers in athletics; careers she states are more attainable now than ever before.

“I think that young women should definitely get involved in athletics in anyway possible as coaches, officials, administrators and I would say if you have an interest in athletics work at it talk to people network and find out what opportunities there are because there is so now available to women. Not only can you have a career in athletics but you can have an amazing career in athletics,” said Hofmann.

Hofmann gets emotional when asked about the legacy she has left at Germantown Academy.

And if you think Hofmann has any intentions of slowing down since retirement, think again. She continues to work on a part-time basis as an Admission Officer at Germantown Academy.

"I love Germantown Academy. I love athletics and my colleagues and everyone here. It's made such a wonderful life for me; it's like I fell into a dream world when I landed here. It's such an amazing place and students here are amazing and I can't thank you all enough," said Hofmann.

GINNY HOFMANN WAVES TO CROWD AS SHE TAKES A RIDE IN HER NEW GOLF CART. (PHOTO/GEANINE JAMISON FOR PSD) 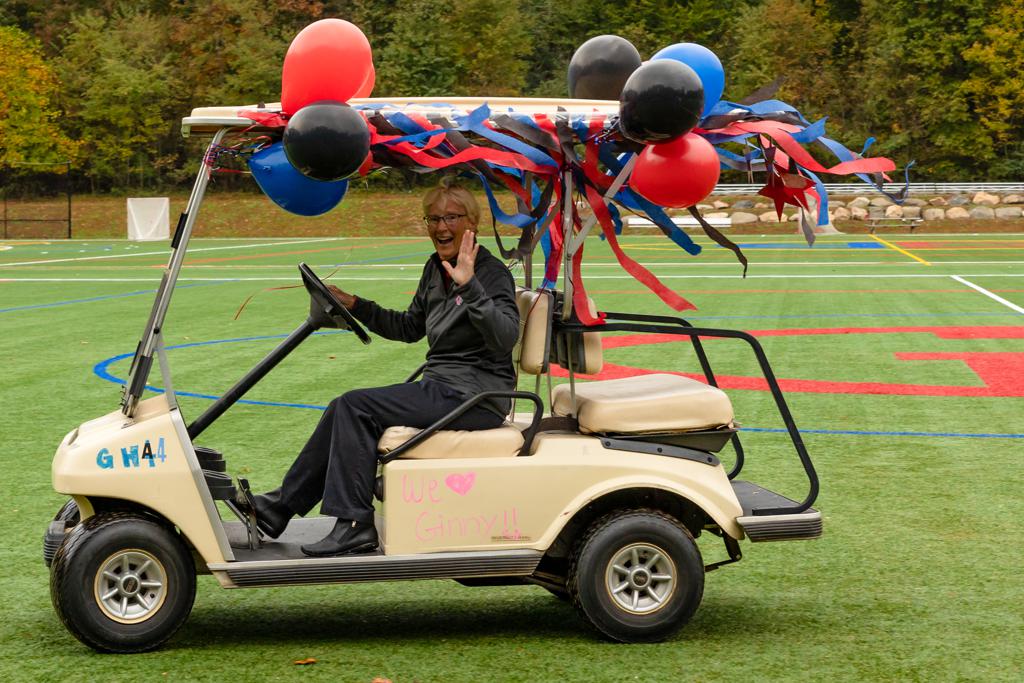 "There are three things that I used to say a fair amount. Give your best effort today and every day when you are out there so there aren't any regrets. Two, make a commitment to your team and your coach wherever they need you and that will really help bond your program together.  The third thing, play because you love it. I hope you're out here because you love sports. I know I did."