PHILADELPHIA- A storybook ending was waiting… the stage was set.

Germantown Academy traveled to William Penn Charter this past Saturday for the 135th annual PC-GA Day to compete in both teams’ final league game of the season.

All the Patriots had to do was win.

Coming into this game, Germantown Academy won its past seven consecutive league games. This time, the stakes were different.

Not only did the Patriots have the Inter-Ac title in sight, but their long-standing rival stood in their way. This day wasn’t just about championships or titles; this day was about tradition.

The anticipation continued to build as the game neared kickoff, as spectators from other competitions around Penn Charter’s campus poured in after the conclusion of other contests. Somers Field was the place to be and attendees could feel the tense energy in the air.

The first half of play yielded no goals, but GA’s attack was setting the tone. Germantown Academy senior striker Christian Combs would get multiple prime scoring opportunities in the first half that would just miss. It was only a matter of time before those opportunities were converted.

The Patriots came out of halftime locked in and ready to go. Minutes into the second half, junior midfielder Tyler Weiss made one quick move and exploded past a PC defender before finding sophomore Roan Harrington at the top of the box who perfectly chipped the goalie to give the Patriots a 1-0 lead.

GA’s scoring would not stop there…Combs would eventually find the back of the net giving the Patriots a 2-0 lead. Then junior midfielder Aiden Trabosh fed a great ball to senior captain Sean Lipschutz. PC’s goalkeeper Shawn Flynn came out to challenge Lipschutz, which was to no avail. Lipschutz made a strong move to the outside, beating the keeper and leaving the net wide open to put the finishing touches not only on the game, but also on the regular season for the Patriots. 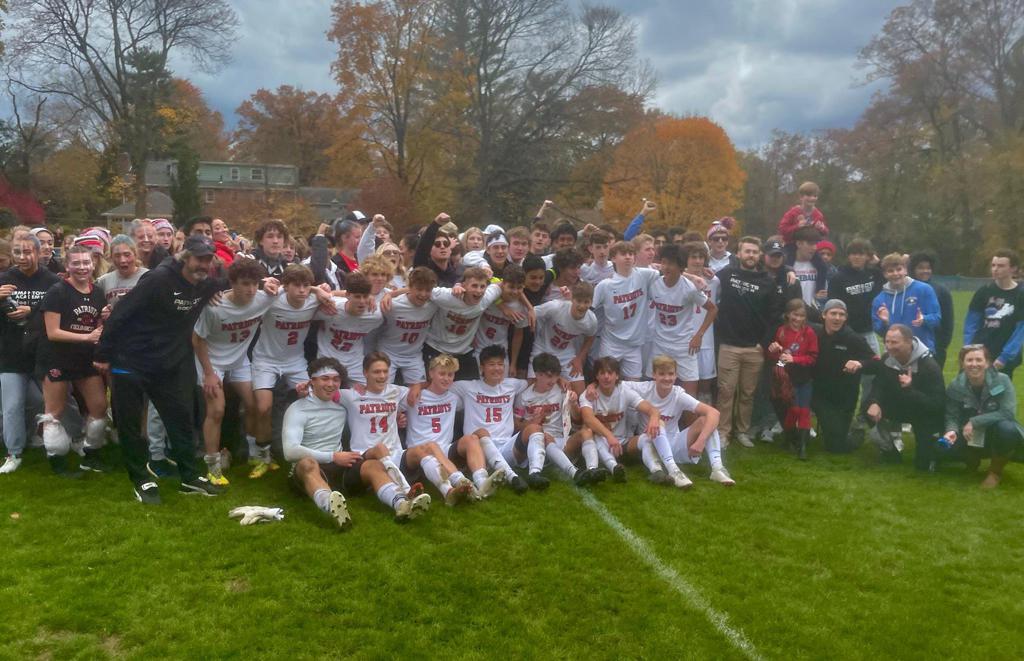 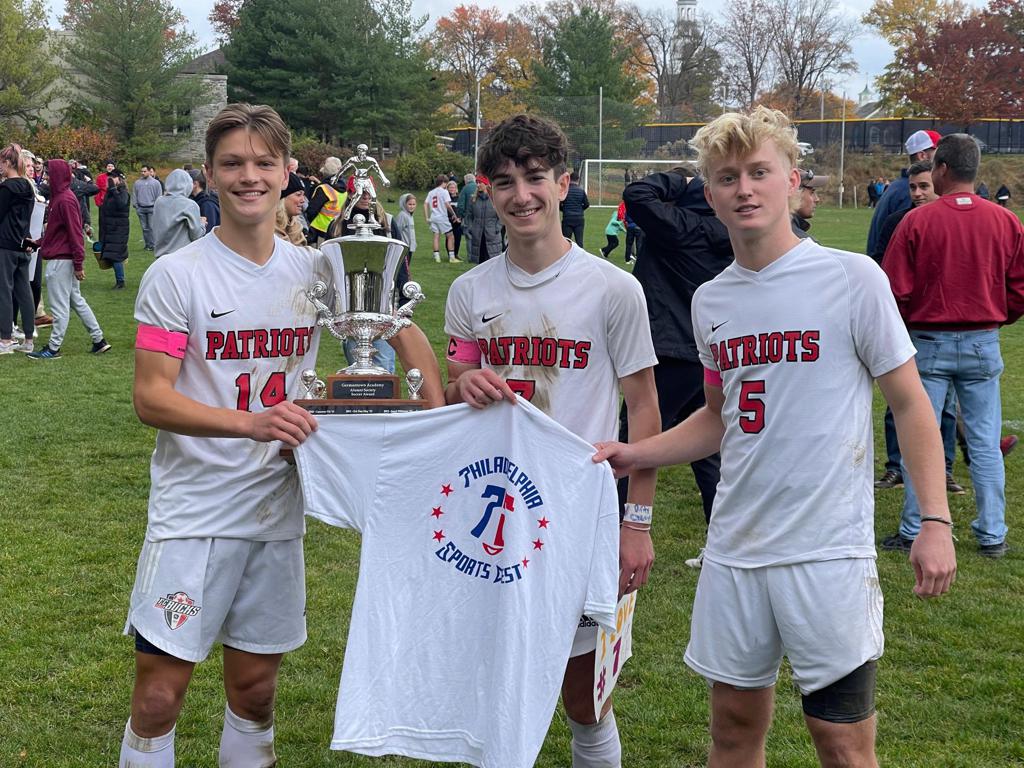 “Last time we were interviewed, we just had a difficult loss to Episcopal Academy. But we came back from that, we didn’t let that beat us down. And here we are. Inter-Ac champs,” said Lipschutz.

With the score at 3-0, the Patriots had a stronghold on the match. This allowed GA head coach Kurt Wetzel to sub in his bench in order for them to gain experience in a game of this magnitude. It also allowed GA’s starting nine to be honored, subbing them back in with just over a minute to go. They were greeted with loud cheers as they ran onto the pitch for the final time before capturing the Inter-Ac title.

“I think the biggest thing that we have done over the last four years is build a program. To have the opportunity to get my whole team in, to have all the boys play, to have all the bench players who put in so much work to get these guys where they are and support the whole year from the bench... To my seniors, seven guys who can play, seven guys who got to start and finish the game. That’s just special, that’s an opportunity that does not happen often,” said coach Wetzel.

“The feelings right now… there is some exhaustion, there’s euphoria, there’s happiness. But most of all, an extreme sense of pride of what these boys have accomplished. We went down 0-2 in the league. To come back and win eight straight and win the league outright is just special,” added Wetzel.

Pride is an understatement.

As the clock hit zero, mayhem broke out. The GA faithful stormed onto the field to celebrate with their beloved team. A special moment took place as coach Wetzel took the time to address not only his team, but the entire GA community on the field. He thanked them for their support and what they truly mean to his club - a moment filled with chills radiating through the body.

“Our super fans, that mob of children, young men and women. Girls’ soccer ended early, the football team was here, the cross country kids and field hockey kids were here. It does not get any better than that … You saw me walk over at the end of the game, they are chanting my name and I have nothing but love back for them. We can’t do this without the community, we can’t do this without the family, and right now I have a pretty big family” said Wetzel.

“It is the best feeling ever, I feel like our level of play always rises when they are here, knowing they have our backs,” mentioned Combs.

“Having the support of our super-fans really drives us,” added Lipschutz.

GA head coach Kurt Wetzel couldn't be more proud of his team & community support - all which aided in the Patriot's success:

The Patriots have an opportunity to cap off their season with a PAISAA state title on Wednesday as they match-up with The Kiski School at the Conshohocken Proving Grounds at 2:30 p.m..

“It’s just one more game, right? We need to put everything out there and one more week of training Monday and Tuesday. Just got to put it all out there,” said GA senior captain Connor Wetzel.

If any team is ready for this, it is the 2021 edition of the Germantown Academy Patriots.