VILLANOVA, PA – Before Steve Donahue got his first head coaching gig at Cornell, he was a longtime assistant under Fran Dunphy at the University of Pennsylvania.

During that stint, the Quakers won six Ivy League titles. In January 1996, Penn traveled to Hempstead, N.Y. to take on Hofstra. The Quakers were three years away from winning their next league title, but they dismantled the Pride that day, 83-55. Donahue sat to the right of Dunphy and on the other sideline stood a 34-year-old coach, who looked a bit unsure of himself, in his second season at the helm of the Pride.

That man was Jay Wright.

Jay Wright said he knows that he is "going to miss the games" but looks forward to building lasting relationships with his players in a different aspect:

Kyle Neptune said it's "a dream come true" to be the new head coach of the Villanova Wildcats and thanks Wright for having an eternal impact on his career:

Donahue recalls what that afternoon was like and how no one had any idea at that time that Wright would transform into one of the most prolific coaches the sport has ever known.

“The first time we played against him, I was an assistant at Penn, and it was his second year at Hofstra,” Donahue said. “We had an average Penn team and we really handed it to them. To see where his career has taken him and the dedication to his craft and the ability to make Hofstra into a winner, then take Villanova to these elite steps is so historic and hard to put into words.”

Wright, 60, officially stepped down as head coach of Villanova on Friday, turning the reins over to Kyle Neptune, 37, his former assistant and the head coach at Fordham. Donahue, now the head coach at Penn, went 1-5 against Wright, with the lone victory coming in 2018, the season after Wright had claimed his second national championship, at the Palestra. Having both been a part of Big 5 basketball for so many years, Donahue emphasized that “we cannot overstate that he’s most likely the best basketball coach with the best program over the last seven to 10 years anywhere in the country.” 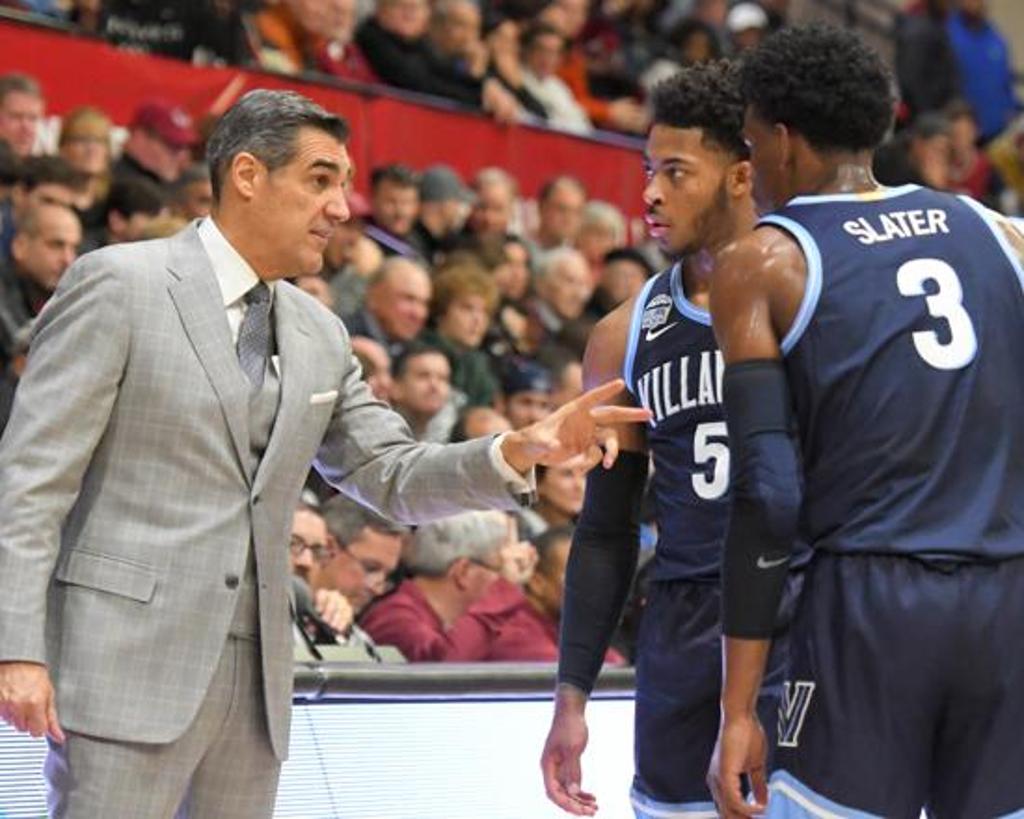 With his departure from Villanova, Wright leaves a tradition of excellence that has never been seen in the Big 5 and may never be duplicated. He posted a 520-197 record, leading the Wildcats to the NCAA Tournament 16 times with four Final Four appearances and two national titles. He’s one of 15 coaches in college basketball history to win multiple national titles and was inducted into the Naismith Memorial Basketball Hall of Fame in 2021.

Wright had pondered stepping away for the last few years but felt the feeling was much more palpable during the course of this season, which included the last of his five Big East Conference Tournament titles. Handing the program over to Neptune along with assistants Dwayne Anderson, Mike Nardi and George Halcovage was the best move for him and the program.

“We’ve always told our assistant coaches, ‘Great endings lead to great beginnings,’” Wright said. “Every time a coach would leave to go on to be a head coach, we would tell them, ‘Make sure you finish the job here. Take care of Villanova first wherever you’re going. You may be there for years but make sure you take care of Villanova first and complete your work with everybody here.’”

Keeping the staff intact while bringing in Neptune, who was an assistant under Wright from 2008-10 then from 2013-21, is precisely how Wright and the administration wanted this to culminate. Wright was at the helm of the incredible rise of Villanova and the architect behind its sustained success. He was a two-time Naismith Coach of the Year and coached 25 1,000-point scorers and five consensus All-Americans (Allan Ray, Randy Foye, Scottie Reynolds, Josh Hart, Jalen Brunson). Brunson, now with the Dallas Mavericks, was the 2018 Naismith Award winner, given annually to the best collegiate player.

Donahue learned much of what he knows about coaching from Dunphy, who was leading the Quakers to a victory that day in January 1996. The veteran coach with both Penn and Temple, who was recently hired at his alma mater, La Salle this offseason, recalls his early days of both watching Wright play then coaching against him.

“I probably saw him play in high school then the first time I really got to know him was when he joined Eddie Burke’s staff at Drexel before he went out to Villanova and coached with Rollie Massimino,” Dunphy said. “Eddie was a senior at La Salle when I was a freshman, so he was one of my mentors, and he was a mentor to Jay. When you saw him work his way through getting to be the best college assistant he could be, you could sense there was something special about the way he treated others and he was going to be successful because of that.” 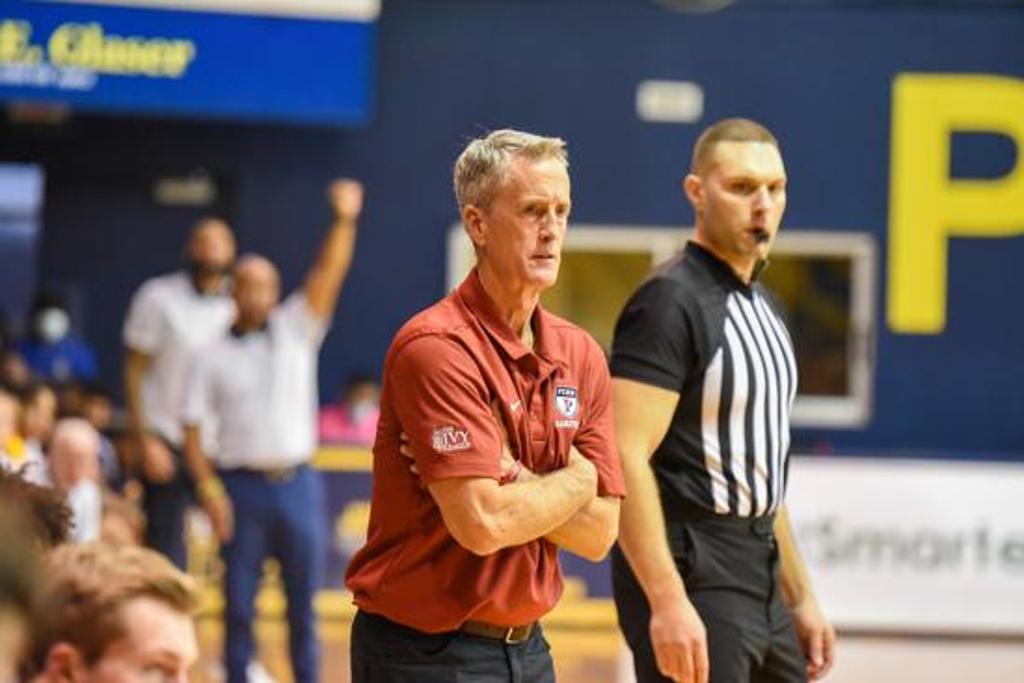 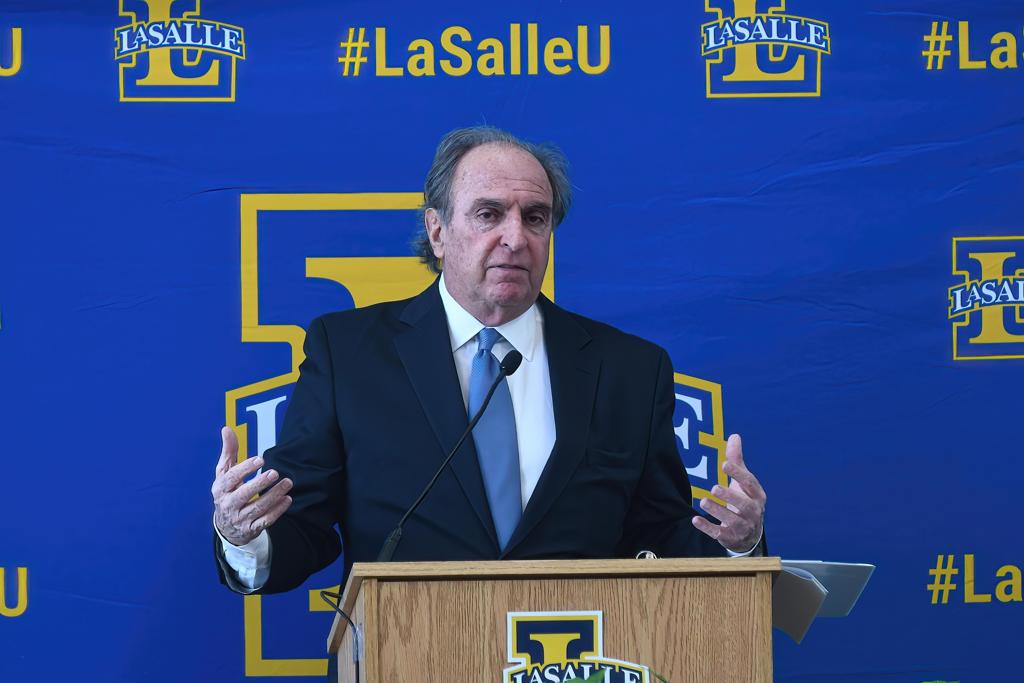 Wright starred at Council Rock North from 1976-79 and still holds the program record for assists (14) in one game. He’s No. 2 all-time in career assists (421) and led Council Rock North to the Lower Bucks League championship during the 1978-79 season. He played three seasons at Bucknell, averaging 11.9 points per game as a junior. That player evolved into a coach who helped lead Team USA to the Gold Medal in the Tokyo Olympic Games as an assistant coach under Gregg Popovich.

Dunphy is the winningest coach in Big 5 history, but owns a 6-14 all-time record against Wright. He has seen Wright progress through every step in his career and could always tell he had the perfect combination of pedigree and drive to excel at his craft.

“It’s an extraordinary career that he’s had, and he’s been able to win games, but the way he has treated everybody has been extraordinary as well,” Dunphy said. “He’s as competitive a guy as I know but I think he cares deeply about the right things. He has that perfect combination of wanting to push his players to their limits and yet after he pushes them, he loves them.”

Wright returned Villanova to prominence during the 2004-05 season as Ray, Foye, Nardi, Kyle Lowry and Curtis Sumpter led the Wildcats to the Sweet Sixteen where they fell by one to eventual champion, North Carolina. The following season, that core group added a run to the Elite Eight. Reynolds, Anderson, Dante Cunningham, Corey Fisher & Co. came along a few years later and helped Villanova reach the 2009 Final Four before falling once again to the Tar Heels. The 2016 season was capped off by Wright’s first national championship behind Hart, Brunson, Ryan Arcidiacono, Daniel Ochefu, Phil Booth, Mikal Bridges and Kris Jenkins, who nailed the game-winning three-pointer at the buzzer.

From 2014-15 to 2017-18, Villanova went 136-16 with three Big East Regular Season Titles, two Big East Tournament Titles and four NCAA Tournament appearances, including those two national titles. That 2018 team put together one of the most dominant championship runs in NCAA history.

The Wildcats, led by Brunson, Bridges, Booth, Donte DiVincenzo, Eric Paschall and Omari Spellman, won all six of its NCAA Tournament games by double digits with an average margin of victory of 17 ppg.

It made a Final Four record 18 three-pointers against Kansas then DiVincenzo scored 31 points off the bench, the highest scoring total for a bench player in a national title game ever, against Michigan to secure the championship. Villanova became only the fourth team in the last 40 years to win two national titles within a three-year span, joining Kentucky (1996, 1998), Duke (1991,1992) and Florida (2006, 2007).

Twelve players who have played under Wright have been selected in the NBA Draft, with Lowry being the lone player with an NBA title (2019 with the Toronto Raptors). Wright lamented that “I’ve been thinking about it for a few years, but during this season it just hit me that it was the right time,” and at the Final Four in New Orleans, he nearly unveiled the secret he had been withholding until the proper moment when asked about another coach who has won multiple national titles.

“There were some crazy times, especially when I was asked, ‘What do you think Mike Krzyzewski is thinking about that this could be his last game,’ and I’m sitting there thinking, ‘I know exactly what he’s thinking about,” Wright joked. 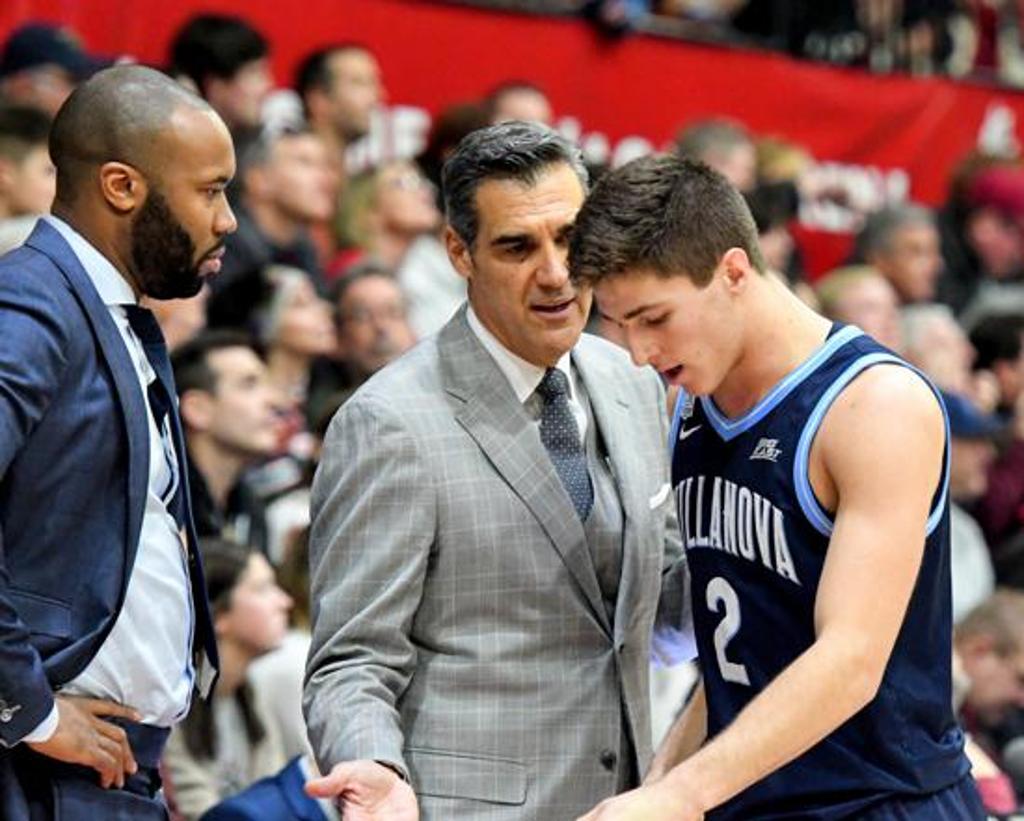 Villanova finished 30-8 this season with another Big East Tournament title and Wright’s last Final Four appearance. He wanted to make this season about his players, particularly Collin Gillespie and Jermaine Samuels, two of the most accomplished players in program history who have meant more than statistics could ever possibly convey.

Keeping the continuity, spirit, and crux of the Wildcats program now falls to Neptune, who learned how to deal with transition from his former mentor.

“With the players and coaches we have here, we all have a monumental task not just with Coach Wright leaving but Collin and Jermaine were huge pieces of what we have done here over the past couple years,” Neptune said. “One of the things Coach Wright always says is 'everybody’s role is different, but their status is the same.' My role now is the standard bearer for Villanova basketball, and I think my job is to make sure that we keep this culture together and uphold the standard that Jay has created.”

Neptune stated it best when describing what lies ahead to help this program maintain its tradition of excellence, whether it be on having players of the roster stay with the team and keeping prospects like McDonald’s All-American Cameron Whitmore (Archbishop Spalding (Md.)) and Brendan Hausen (Amarillo) remain part of the 2022 class. The Wildcats received some good news when Brandon Slater (8.5 ppg) confirmed he would be staying and incoming freshman Mark Armstrong, the 6-foot-3 guard who avg. 23.1 points and 5.0 rebounds at St. Peter’s Prep (N.J.) this season and finished his career as the all-time leading scorer in program history (1,776 points), also confirmed he will remain a Wildcat signee.

Donahue expressed what Wright also admitted that “if there’s one big reason he’s stepping down, that’s what drives him and if he feels like he doesn’t have it in him to keep this afloat at this level, he needs to step aside.” Advancing the program and establishing the sustained success that he has can wear on a coach over time and Wright has known a lot of success in his tenure on Lancaster Avenue.

Still, what he did with the Wildcats is immortalized in Big 5 basketball and beyond, and Donahue summed up how Wright’s heralded résumé won’t soon be forgotten.

“Villanova is the benchmark of our profession: both the program and him as a coach.”