Westtown sets up a Championship Rematch

Whether it’s players or coaches, all decisions are under a microscope when it's playoff time.

In the lead-up to their matchup with Shipley for a spot in the Friends School League Championship, Westtown’s head coach, Desi Gonzalez, shook up his lineup. 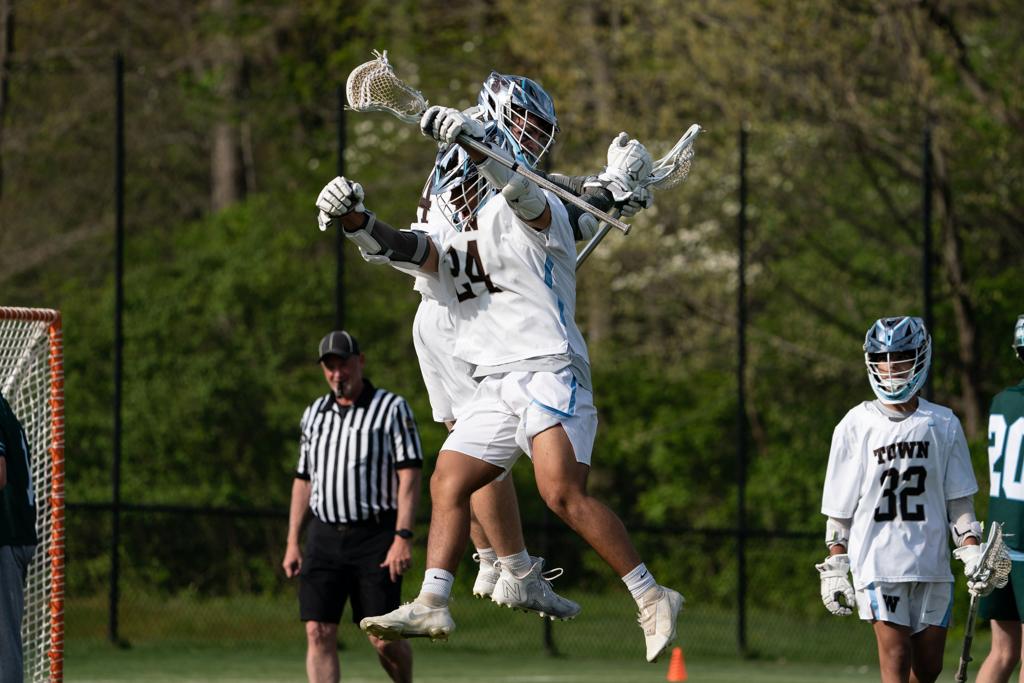 “We went over film, we did our analytics right before this game, and we put everything on paper for the guys,” Gonzalez said. “We were like, ‘Hey, you have this many shots on the year and this how many goals you have this many opportunities, and this is how many were on cage and we're going to have to adjust the lineup accordingly.’”

The change was a catalyst in the 17-3 win, and now they’ll be heading to the championship for the second straight season.

Chrishawn Hunter was one player who had his spot in the lineup adjusted as he went from the first line to the second line of middies. The roster change proved to be the right decision, as the junior finished with four goals in the semi-final victory.

“He had an unbelievable game,” Gonzalez said. “He was struggling with his shooting percentage all year, and he turned it around today. He started hitting the cage and hitting his shots and hitting his opportunities.”

Westtown finished the regular season second overall in the standings. And for a team of multiple sophomores playing major minutes, they’ve shown significant growth throughout the season. 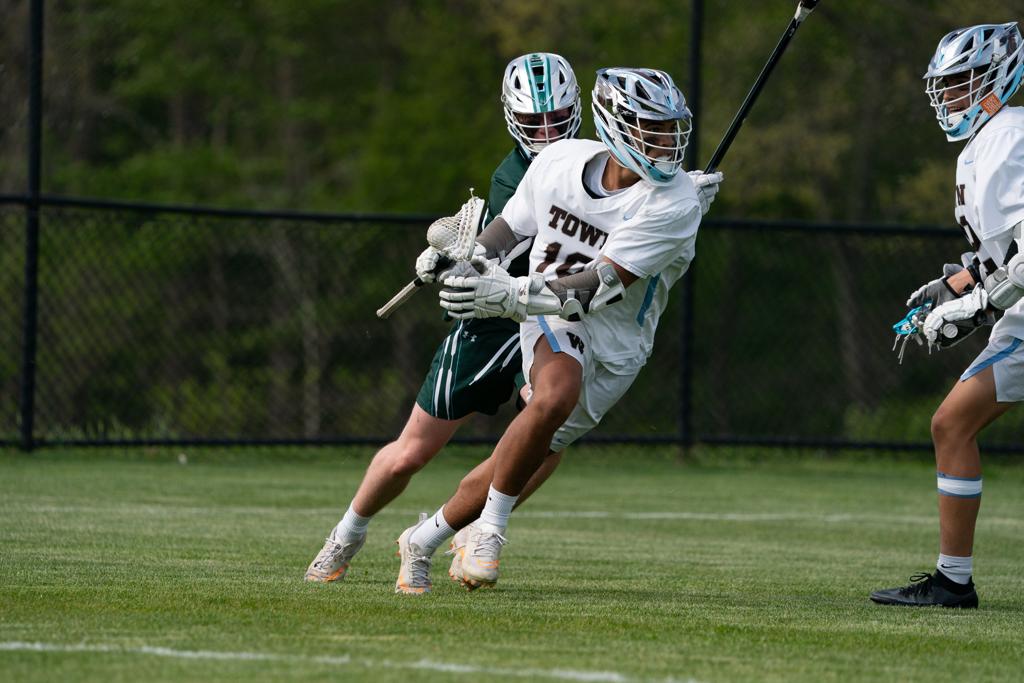 “We’re finally in that everybody can score mentality,” Gonzalez said. “We don’t have to count on one or two guys; being able to spread the ball around opens everybody up.”

And their egalitarian offense, which has led to 6+ 10+ goal scorers, has the attention of their upcoming opponent.

“They’re really skilled offensively,” Academy of the New Church head coach Jack Forster said. “They’ll probably get a couple of goals either scrappy or making a good play with their stick work by jamming it to the crease or making a play off of the ground.”

Though Westtown’s offense is formidable, they’ll face a Lions program looking for its eighth straight FSL championship (there was no champion crowned in 2020 due to the COVID-19 pandemic).

“It’s the first goal we bring up in the beginning of the season to win a league championship,” Forster said. “We don't shy away from talking about [the championship streak] as a group, and that’s what we practice… we’re a championship team, and they’re going to have to take it from us, and we’re going to go down swinging if they do.”

This year’s Lions team is led by Drexel commit Jack Joyner. The senior has 25 goals and 18 assists this season, but more importantly, he’s been a leader in the locker room.

Since Forster handed his team more responsibility, Joyner has stepped up. The team not only has a say in how the game plan, but they handle writing scouting reports on the other team in preparation for their opposition, and as a senior captain on a team that only has three seniors, his voice carries a bit more weight.

This strategy of player autonomy has been a common practice for Forster but when he decides to hand the keys over varies by season, this year it came after a 16-6 loss to Malvern.

Westtown's Matt Hamill (L) and Caden Gulka (R) talk about their semifinal victory vs. Shipley and what it's going to take to win the FSL championship vs. ANC - PSD Video by Colleen Claggett:

“We’re really hard on them earlier on, but then we let them take over, and you can see when they start to feel ownership of the team,” Forster added about when he knows to turn the keys over.

Since then, Joyner’s leadership has been on display, translating to an undefeated league record heading into the championship game. This year, the other driving forces in the Lions’ success are junior Terry Farrell, sophomore Hunter Aquino, and freshman Aharon Bloshuk.

Farrell, a Wagner commit, is the primary d-middie for the Lions and Bloshuk is a talented LSM (long-stick midfielder), so they’ll be responsible for containing Westtown’s offense. Meanwhile, Aquino comes into the game with 77 points (50 goals, 27 assists) and his coach calls him the most talented offensive player on the team.

In the earlier matchup this year ANC won 13-6, but  Forster is expecting some changes from Westtown.

“We’ve learned from [the first game], and we know what they do,” Forster said. “But we have to be ready for anything they throw at us. They’ll probably try something new, a new zone or offensively maybe a new set… we just have to be ready.”

Gonzalez didn’t reveal his plans but he knows it will likely take another strategy adjustment to end ANC’s reign on Friday (April 6).

“They’re a very talented team, that we haven’t been able to beat,” Gonzalez said. “We’re going to have to throw everything and the kitchen sink at them to try and get over the top of the hill.”