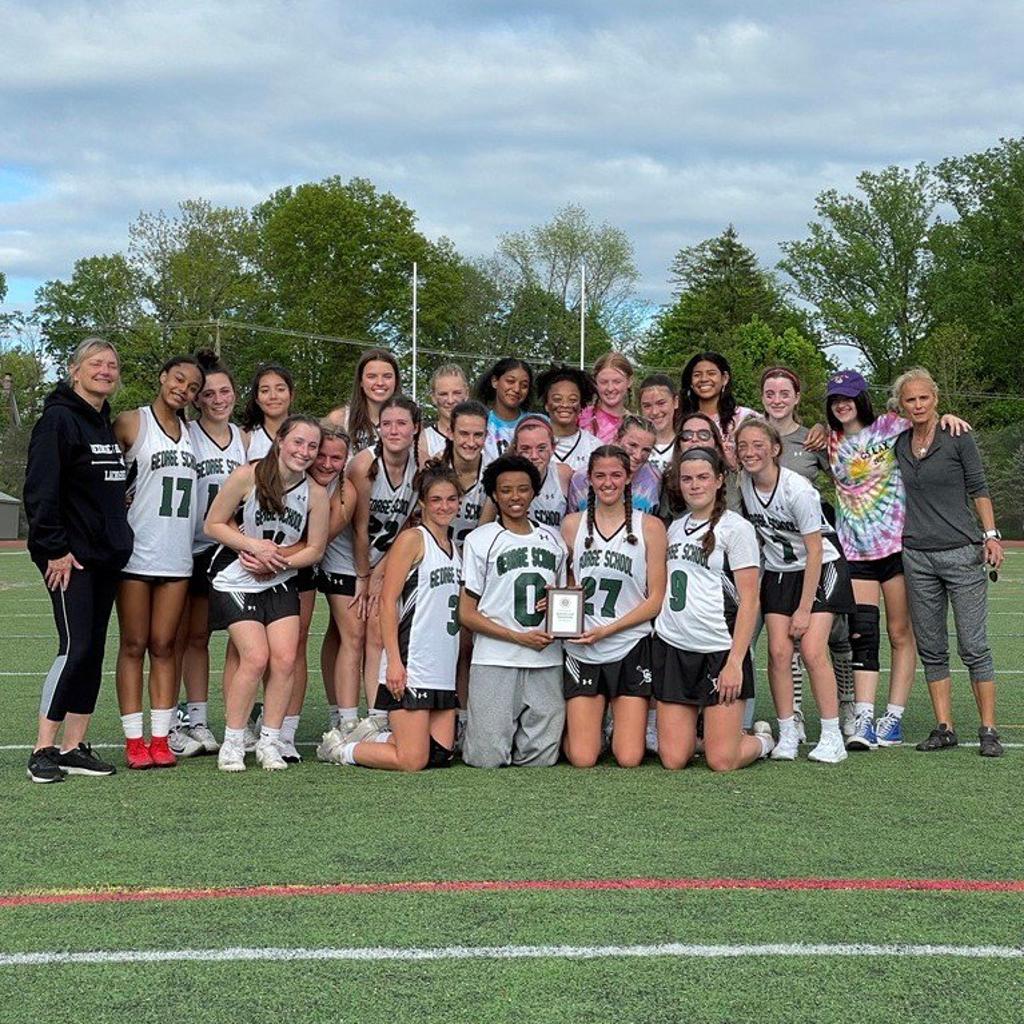 It will go down as the last game Bernardini coached in the Friends School League because, after 44 years, the longtime lacrosse and field hockey coach along with serving as the school’s Athletic Director will be retiring at the end of this season.

“The hardest part for me of everything was having to tell my players that I was retiring,” Bernardini said. “It's a hard thing because you know [my] team, they're my kids. I call them my kids, and it's a hard thing to leave.”

“My most favorite thing to do in my job and in these past 44 years has been coaching. I love coaching… Watching kids grow in confidence right in front of you. I just told them it was time for me.”

As the head coach of girls lacrosse and field hockey programs, Bernardini wanted to make sure both of ‘her kids’ were informed of her decision. So, she wrote a letter to her field hockey players and told her lacrosse team at the start of this season.

Bernardini was drawn to coaching after her time at Ursinus College, where she was a three-sport athlete. And after 12+ years of education at Abington Friends school before college, she was drawn to the Friends School environment for her next endeavor.

So, in 1978 the former Ursinus College-standout was hired by former George School Athletic director, the late Anne LeDuc, there Bernardini started coaching basketball at George School, one of the three sports she played in college. And that was just the beginning for Bernardini.

“I was actually in the last all-girls class at Abington Friends. I knew I wanted to be in a Quaker school. I'm not Quaker, but I really liked the education, the values, and the community,” Bernardini said.

“I started off as the assistant girls' athletic director, varsity basketball coach, and assistant varsity hockey and lacrosse coach. And I worked with Anne LeDuc and did all kinds of things… in a boarding school, you wear lots of different hats.”

During her time at George School, she held several positions, including her most recent ones coaching the other two sports she played at Ursinus: field hockey and lacrosse. She has also served as the school’s athletic director and been a physical education teacher at the school.

Senior goalie Ire Thompson & senior attacker Tori Gallagher reflect on the season and being fortunate to have Nancy as their coach. (video/Colleen Claggett)

Working in one place for over four decades may amaze younger generations, like her children. But the uniqueness of each season and school year and being able to teach core values that translate to the field and life kept her at George School during this time.

“I just always look at every year as a new year for me. That's why I've always liked teaching and coaching,” Bernardini said.  “You just kind of start all over again. So, to me, it always felt like the first year because it just was always new and different.”

Through her tenure, her ideals, purpose and love of sports remained at the forefront.

“My goal is to instill a passion of lacrosse, a passion of field hockey, into my players so that they keep playing… I think one of the things that hopefully my players learn is that you find a passion in your life… and hopefully, it's your job and your life that you love to go in and do because if you love it, you're going to work that much harder and be that much better at it.

Bernardini was at the George School before the foundation of the Friends School’s girls’ lacrosse league. But she has been happy to see it and girls' sports, in general, grow throughout her time on the sidelines.

She remembers when the lacrosse league first started, Germantown Friends won 10 straight championships, and George School became the second program in the league to lift the trophy after a 9-8 victory in 1993.

Coach and Athletic Director Nancy Bernardini reflects on her time at George School and offers advice for young women interested in a career in sports. (video/Colleen Claggett)

“Nobody could beat them… But we ended up beating them on their field by one goal. And it was just such an exciting goal,” Bernardini said.  “It was the accomplishment of everything coming together at the right time.”

She was the head coach for three lacrosse championships and one field hockey championship throughout her career, and her energy on the sidelines was unmatched.

“[Nancy] had a full leg cast and had crutches on, and it was the most active I've ever seen a coach with or without crutches,” Germantown Friends head coach Katie Bergstrom Mark recalled about Nancy. “I was like ‘What in the world…’ it was really inspirational to see.”

Bergstrom Mark, who has been at Germantown Friends for 21 years in her own right, remembers when Bernardini’s children were at George School because she had to coach against her daughter, Lisa, who she called “one of the best all-time athletes I’ve ever seen.”

After the season is completed, Bernardini plans to spend more time with her daughter and the rest of her family now that she has some free time.

“I really wanted time to spend with my family, my grandson and my daughter and her husband live down in Atlanta and my son and my sisters,” Bernardini said. “I'm one of the youngest of a really big family, and they're all around the country… I just wanted to be able to spend time with my family before they got too old and couldn't do it anymore.”

And even though she hasn’t retired yet, she knows what she will miss most.

“I think watching a kid come off the field with a big smile on their face, knowing they just did something really awesome. That's a cool thing to see. I'm probably going to miss that most,” Bernardini said. “Because it's a special bond that you connect with your kids, the players connect with each other that you don't have in any other way.”

Bernardini and George School will be competing in the Pennsylvania Independent Schools Athletic Association (PAISAA) Commonwealth Tournament for the first time in program history, starting with their matchup against Perkiomen School. The tournament will be the last time she’ll be on the George School’s sideline as a coach, but she says she’ll still stop by and see how the George School programs continue to grow.

The first thing on her to-do list after she’s retired is to head to her son’s wedding in August.

Congratulations to coach and athletic director Nancy Bernardini on a job well-done!