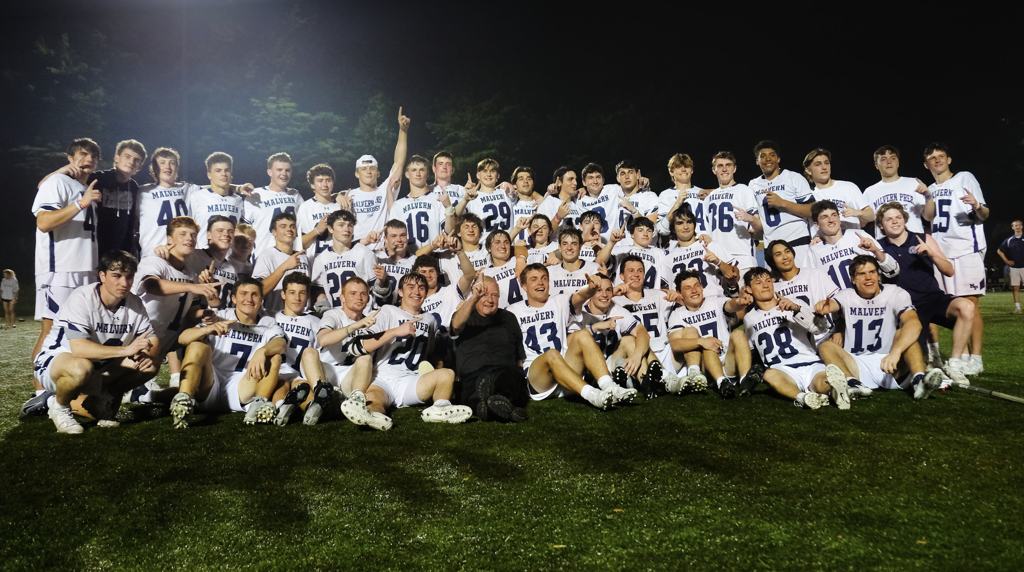 RADNOR – AJ Nikolic didn’t take novocaine or any other pain killer for his sore shoulder. The medicine was provided by the overflow crowd, a setting befitting the top two teams in the Inter-Ac League, going one final time for league supremacy.

Nikolic wasn’t 100 percent as his Malvern Prep team faced rival Haverford School in an Inter-Ac championship for the ages, although it was difficult to tell.

Regulation wasn’t enough for these two warriors, so a sudden death overtime was needed and certainly a fitting way to settle matters.

And that is when Nikolic left the biggest championship imprint.

After Malvern Prep goalie Joe Doherty made a sensational save on a rocket of a shot by Avi Mehl, Nikolic, a junior who has committed to Cornell, took matters into his own hands.

One could say that he shouldered the load.

Taking a pass from sensational sophomore Ennis Udo, Nikolic split two defenders and before two more could converge, blasted a close range shot that settled in the back of the net and set off a mass celebration, with the Malvern Prep faithful storming the field at Cabrini University.

It was an epic finish to a classic game - Malvern Prep 11, Haverford School 10 in overtime.

The two best teams in the Inter-Ac needed extra time to settle matters and the hero couldn’t feel the pain in his shoulder. In fact he wasn’t sure what he felt after realizing that he just deposited a game winner that will stay with him the rest of his life.

“I had no idea what was going on, I sprinted for my life and blacked out from that part,” he said.

As for the shoulder, he originally suffered the injury during the second meeting this season with Haverford School. In the second quarter of a 13-12 win on April 29, Nikolic left the game for good when he suffered a shoulder separation.

To demonstrate his toughness, Nikolic only missed one game, but was less than 100 percent the rest of the season.

He estimated he was 85 percent for Friday’s championship game.

“There was so much adrenaline pumping through me that I didn’t feel it once,” he said. “I am glad because that would have restrained me and my physical dodging, but I’m just glad it was good enough to pull out the win.”

The real question is what would Nikolic have been like at 100 percent, because he was pretty darn good at 85.

He led Malvern Prep with four goals, scoring the game’s first and last and two key ones in between.

Nikolic was joined in the toughness department by the entire Haverford School team.

Yes, the Fords lost all three games to Malvern Prep, but in the first they led 5-4 at halftime before the Friars dominated the final two quarters in a 13-6 win.

The second game was the aforementioned 13-12 Malvern Prep win and then of course came the championship game, one that the Friars appeared to be in control after taking a 10-6 lead entering the fourth quarter.

That is when Haverford School summoned an extra dose of mental toughness and promptly scored four consecutive goals, finally tying the score at 10 on a blast by Mehl with 2:01 left in regulation.

Haverford School was the No. 2 seed, going 8-2 in the regular season Inter-Ac schedule, with only those two losses to the Friars.

After this one, many of the players couldn’t be consoled. Nobody wanted to hear that they played their collective hearts out. Haverford School hasn’t built a powerhouse program by reveling in moral victories.

Maybe in a few weeks, when the sting of defeat subsides, the players will recognize what a herculean effort they put forth, standing toe to toe with a heavyweight like Malvern Prep. Yet on this night, most of them poured out their emotions. Of course tears flowed.

Mehl, who had two goals, was eloquent in defeat and summed things up in a precise, mature manner.

“I wouldn’t want to do it with anyone else,” Mehl said. “Having everyone here support us, come out and watch us play it was an amazing game.”

“This team was led by an awesome group of seniors all year and it was on display tonight and they never quit, always had the right attitude, focused on what we had to do next, whatever we needed to do in the moment and I couldn’t be more proud of them.”

Make no mistake about it – this is an intense rivalry in every sense of the word. Yet as much as they want to beat each other, there is a mutual respect.

“Malvern is a great competitor and they really played amazing,” said Mehl, a senior who is headed to West Point. “I want to thank our seniors, our coaching staff, our underclassmen, I mean it was an emotional game.”

Nikolic echoed his respect for Haverford.

“Coming to Malvern, you immediately have that chip on your shoulder that you don’t like Haverford and they don’t like you,” Nikolic said. “It is a great rivalry with blue collar teams fighting for championships each year.”

Then he discussed the human part of the rivalry.

“Some of those guys are some some of my best friends, I love them, but on the field I am going to take it to you and will try my hardest to win,” Nikolic said.

Besides Nikolic, Udo scored a hat trick and Joseph Sheridan added two goals. Jack Irish and Lucca DiBartolomeo each had one goal.

In addition to the two goals by Mehl, sophomore Aydan DiRocco scored four goals for the Fords. Teddy Mallone, who makes any defense queasy with his array of moves, added two goals and single goals were scored by Brandon Leary and Ryan DiRocco.

What it all came down to was that Malvern Prep made one more play than Haverford School, one play by a guy with a bum shoulder that he compensated with heart operating at above 100 percent.

Before the winning play, during a timeout, Malvern Prep coach John McEvoy told Nikolic that he if got the ball off a pick, then it was his decision whether to go for the goal or pass to a teammate.

For Nikolic that was an easy decision.

“He trusted me with that decision and shows me how much coach trusts his players,” Nikolic said.

Why wouldn’t somebody trust Nikolic? 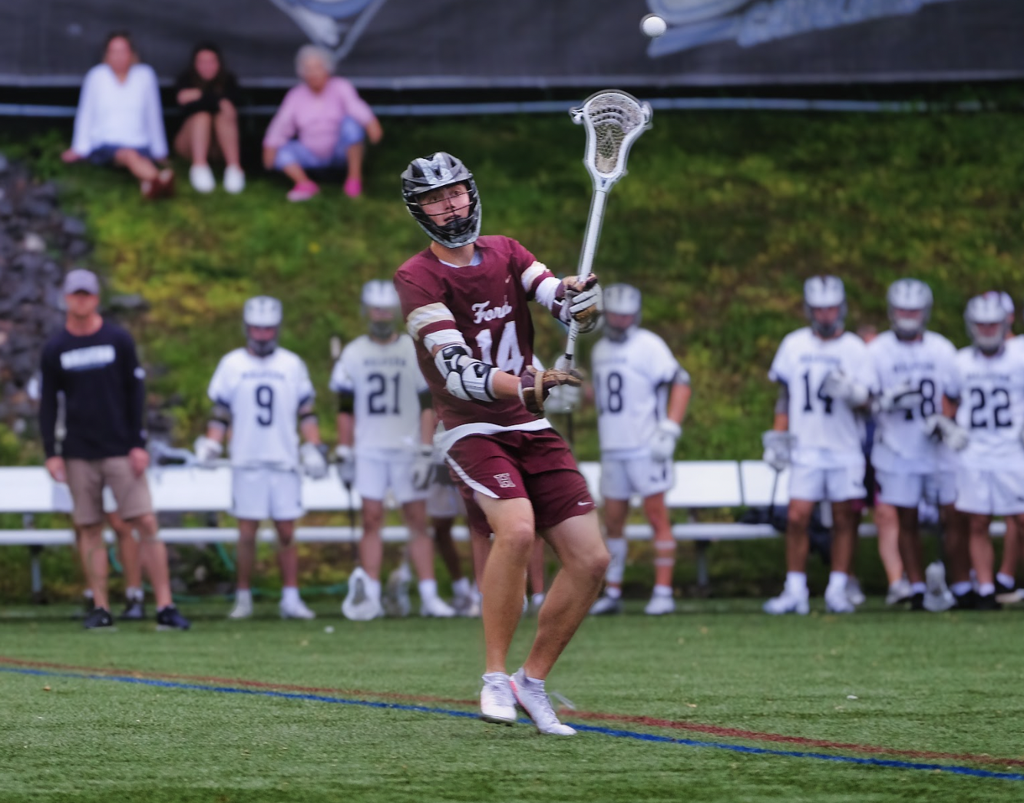 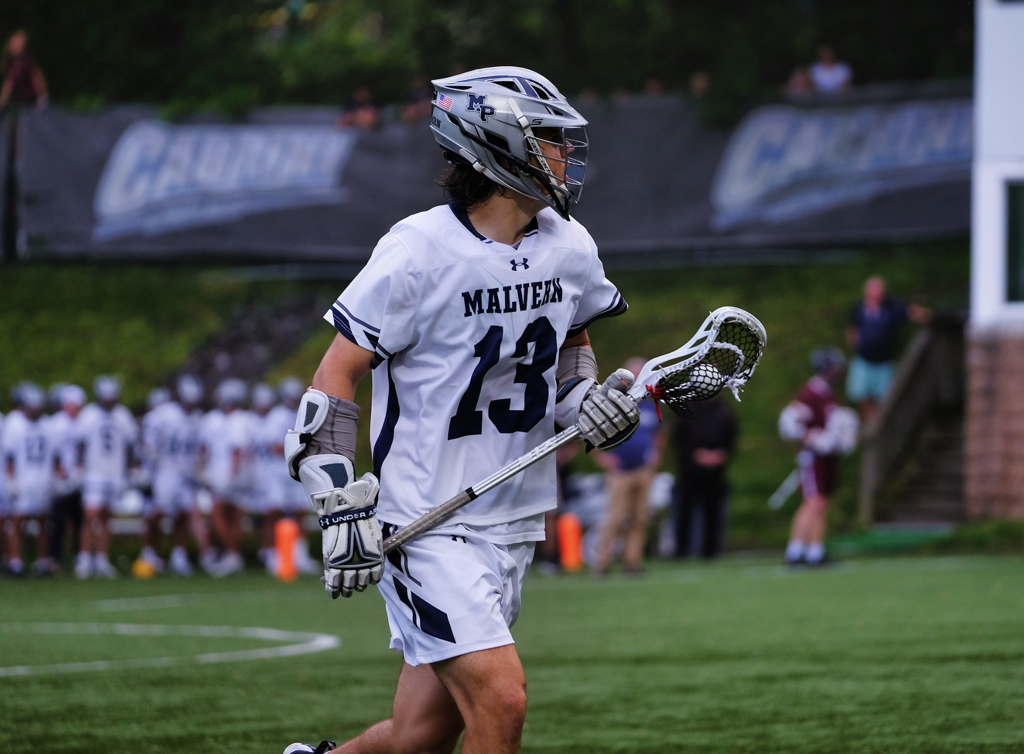 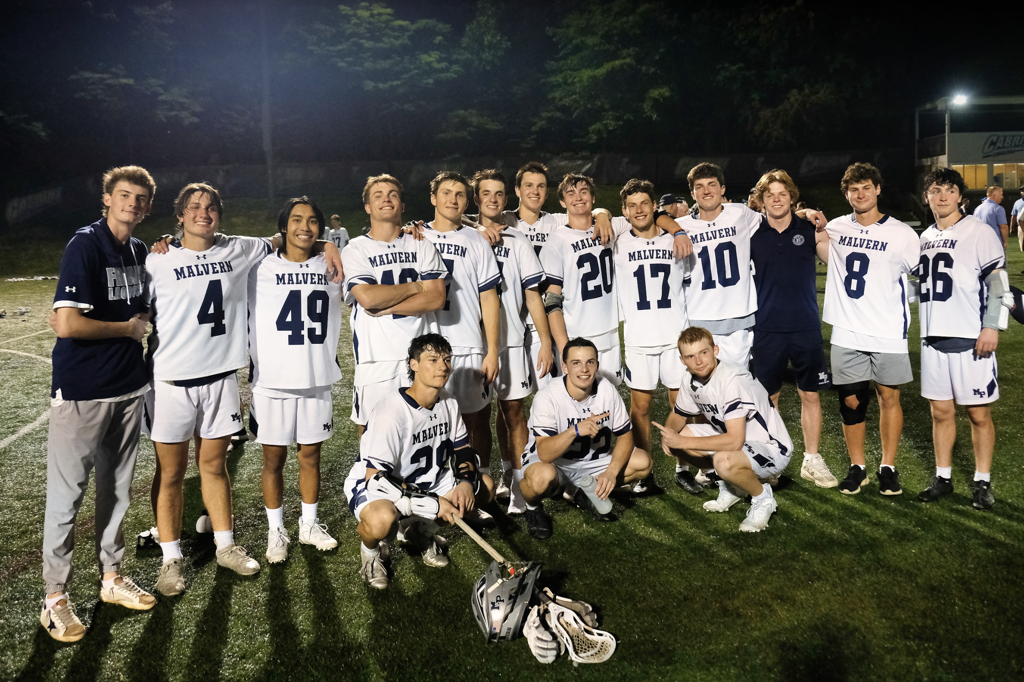 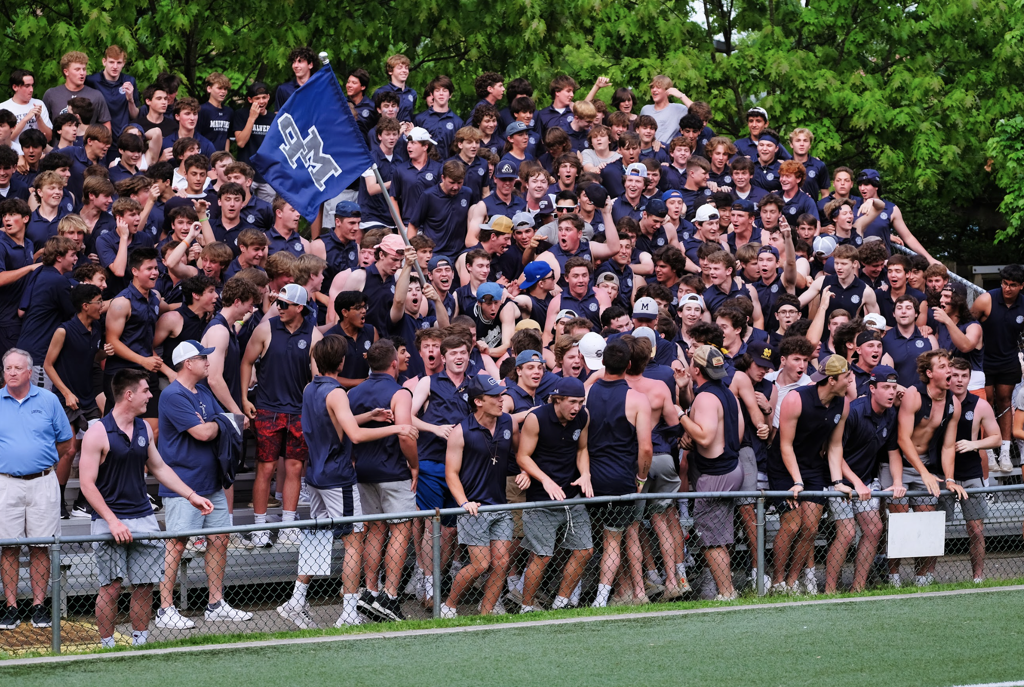 With the season on the line, he wanted to take control.

“I came off the pick, gave it to him and let him work and he made a play,” Udo said of Nikolic. “That’s what he does.”

Years from now, any first mention of this game will begin with Nikolic’s game-winner. However, those who competed should also have fond memories of the atmosphere, created by the huge crowd, with each school bringing a sizable rooting section.

“It was the biggest crowd, we couldn’t even hear some of the calls coming from the sideline,” Nikolic said.

At the end, Nikolic was able to hear the deafening cheers after he ended matters with his game-winner.

“This is what makes kids want to go to Malvern, this atmosphere, this team, the brotherhood,” Nikolic said. “It’s one of a kind.”

So is the player who scored the game winner.