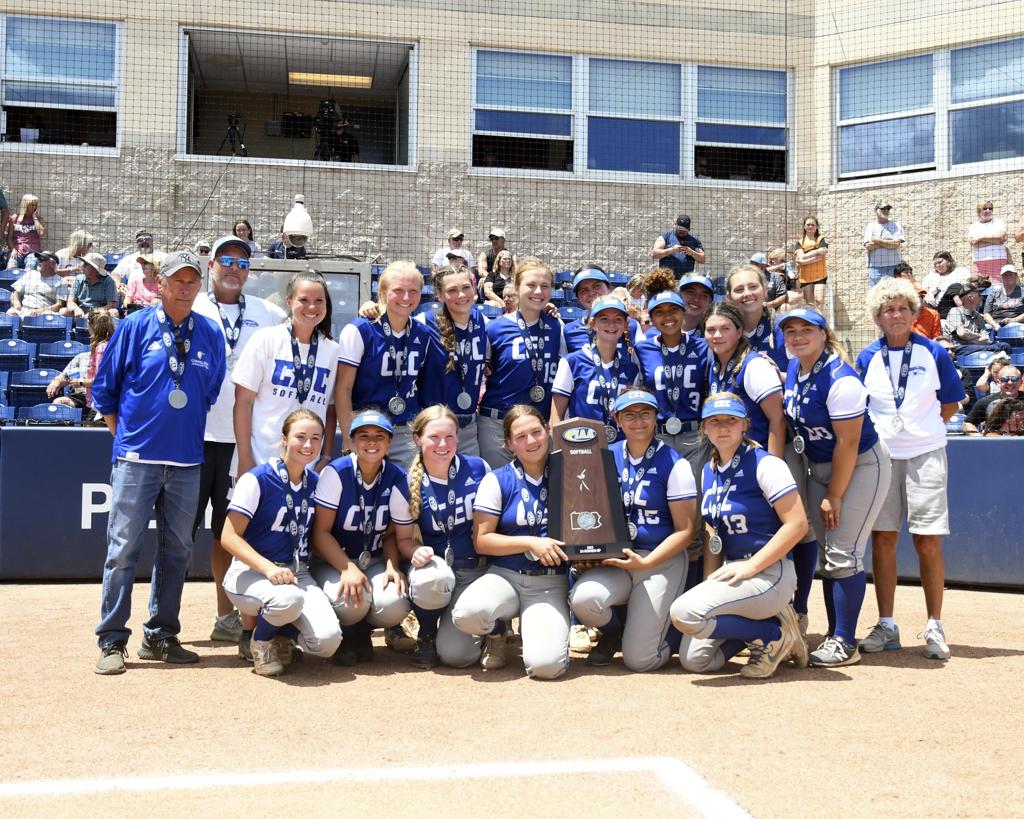 STATE COLLEGE – Behind a police escort with sirens blaring, an expansive white bus arrived on campus with horns honking and festive greeters howling.

A few hours earlier, the Eagles’ historic season came to an end with a 4-1 loss in the PIAA Class 2A state championship at Penn State University’s immaculately manicured Beard Field. The first softball program in the history of the Philadelphia Catholic League to reach a state final succumbed to Neshannock High School, an undefeated 26-0 juggernaut from Lawrence County whose average margin of victory heading into the game against stiff competition was 11-1.

Against Conwell-Egan, however, the Lancers could only manage their third fewest scoring output all season long. In other words, the Eagles more than proved they belonged among the state’s softball elite.

“It was a great game and a great season,” said Sandy Hart, Conwell-Egan’s coach since 1994 and the architect of 10 PCL titles along with a league best five victories in the PIAA state tournament. “We did prove we belong. The kids have that feeling now what it’s going to be like.

“We had so much support from the community, the school, the alumni . . . just everybody. We made history. We would have liked to make more history but unfortunately, we lost to a really good team. Credit to them.”

One look at the stat sheet and there was no question that Conwell-Egan faced an arduous task. Neshannock had 10-runned 14 of their foes and shut out 13 of them with electric speed, clusters of extra-base hits, and dynamic pitching.

A Heartfelt welcome at Conwell-Egan for the players and coaches returning from the state championship at Penn State University. (video/ Ronnie George)

That said, the Lancers were taking on an Eagles squad that came within a whisker of winning a PCL championship and, in their march through the PIAA Class 2A tourney, had upended three teams – District 11 champion Williams Valley, District 6 champ Southern Huntingdon, and District 6 runner-up Claysburg-Kimmel – whose collective record boasted a gaudy 55 wins against 15 losses.

The game itself sped along quickly. After the Eagles left the bases loaded in the top of the first, Neshannock used two unearned runs to forge a 2-0 lead in their half. But the Eagles responded with a run in the third when senior catcher Angelina Bresnen roped a leadoff double, moved to third on a bunt by sophomore Cassidy Blaskopf (walk in first, sacrifice in third, single in sixth), and scored on a line-drive hit by junior Katey Brennan.

Junior Pitcher Ahlana Sesar talks about the community support that lifted her team going into the championship game. (video/ John Knebels for PSD)

Junior Centerfielder Katey Brennan reflects on an incredible season and looks forward to next year. (Video/ John Knebels for PSD)

Three sharp plays by C-E freshman third baseman Cecilia McBeth prevented more damage in the home third. After Neshannock added a two-run homer in the fifth, the never-say-die Eagles loaded the bases in the sixth but were unable to capitalize.

After the game ended, each Conwell-Egan player and coach were adorned second-place medals and then, in a classy display, stood tall and applauded the victorious Lancers as they received championship medals.

“I’m pretty sad right now just because we made it this far,” said Brennan. “I would have liked to win, but it’s just a really great experience to be able to play on this field and I hope we do better next year. I’m proud right now of how we played. I just think I need a little bit of time just because the wound is so fresh.”

Brennan was asked to compare the Eagles’ experience of participating in both a Catholic League and state final.

“Both championship games brought different types of nerves,” said Brennan. “For the state championship, I think it was the atmosphere that made us a little nervous. The PCL was more of an exciting type of nerves. We had a huge student section and we were playing a team we knew well.

“In both cases, we just reminded ourselves that it is the same game we have been playing since we were little. We needed to just keep our cool and be confident.”

On the mound, Conwell-Egan junior pitcher Ahlana Sesar appeared poised from the start. Regardless of the situation, Sesar did not back down from challenging Neshannock’s big boppers and trusted her defense to make plays behind her. With four strikeouts, Sesar was one of only two pitchers this season to out-whiff Neshannock freshman standout Addy Frye, who only managed a season-low three Ks – all in the sixth inning.

Sesar extolled C-E’s students, teachers, and administration for creating a communal buzz thanks partly to an enormous poster that was signed by numerous peers and personnel.

“I’m gonna be sad about the two seniors leaving (Bresnen and Sophie Putterman). They were a big help to the team. But we’re going to have more girls come in as freshmen, and all the teammates are coming back. It’s gonna be good.”

After the players and coaches celebrated their effort with a dinner in downtown State College, the three-plus-hour ride home included normal chatter and discourse.

“Honestly, after we got back on the bus, there was no overall disappointment in losing,” said Brennan. “We gave everything we had and stayed in it the entire game. We were really proud to make PCL history and feel like we represented the league well.”

The visual of so many people awaiting their arrival in such a celebratory fashion hit home.

“The support from the school community has been overwhelming this entire run,” said Brennan. “To see the welcome when we returned was very emotional.”

In the most decorated season in Catholic League softball history, it was well deserved.