PHILADELPHIA - We should all have job interviews like this.

When Jimmy Reilly was being interviewed 15 years ago for an assistant basketball coaching job at Thomas Jefferson University, then known as Philadelphia University, there was no suit and tie, no spit-shined shoes. Instead of a big well-furnished office conference room, the interview was staged in a local watering hole.

In reality, the only resume Reilly needed was his high school diploma.

Reilly got the job, largely on his upbringing more than x’s and o’s, but his future boss Herb Magee was impressed with his basketball acumen as well.

That’s because Reilly, too was a West Catholic graduate, and that was more than enough for Magee.

Fast forward to the present and Reilly and Magee are still aligned together, although in a different way.

On July 1, Reilly, 45, was named to replace the legendary Magee as head coach at Jefferson University. Magee was a fixture at the school, before retiring after 55 years as head coach. Magee had announced before last season that it would be his final year. 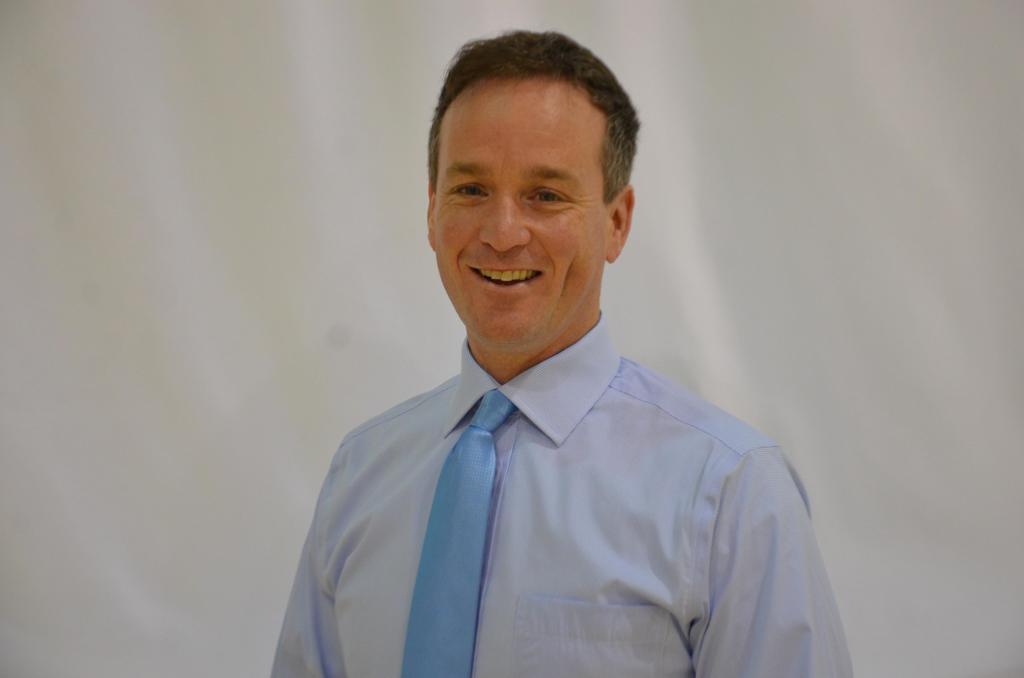 Only that Coach K guy from Duke, who also retired after this season, has more wins than Magee in all divisions.

Magee ended with 1,144 career wins, 31 NCAA Tournament appearances and an NCAA Division II national championship in 1970, well before his successor was born.

One has to wonder if Reilly went to Archbishop Carroll, or Roman Catholic or any other Catholic League school, whether he would have been hired by Magee.

As the story goes, Magee was looking for an assistant basketball coach and a coaching friend, Corey Stitzel, then the coach at Neumann College (now Neumann University) told Magee he knew the right candidate for the job. 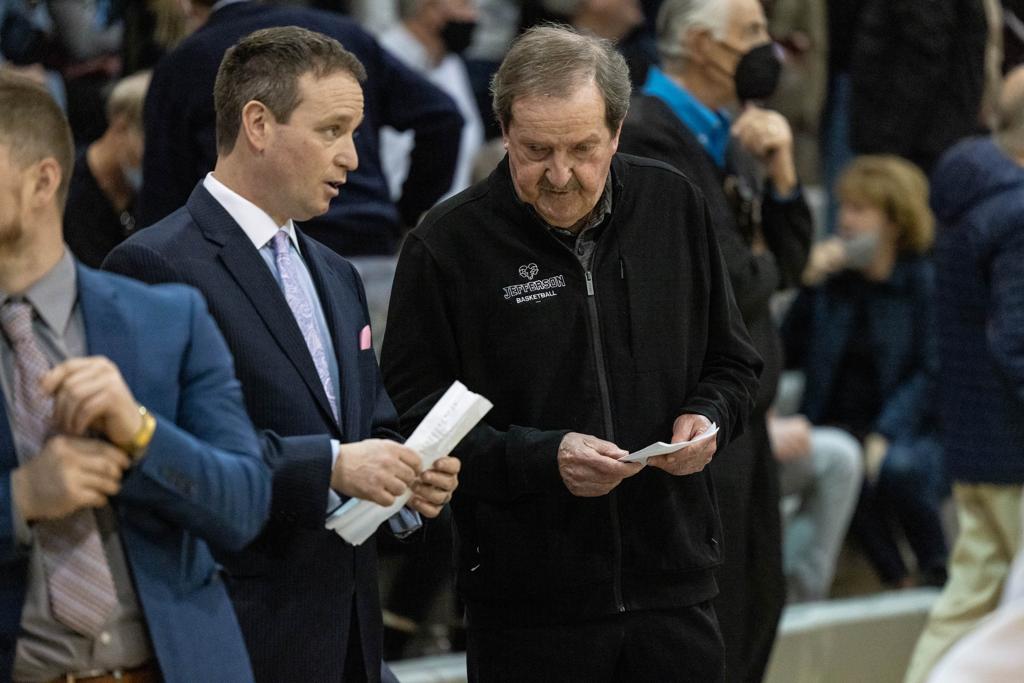 Magee had two questions, the second which sealed Reilly’s fate.

The first question was where did he go to college?

Where did he go to high school, Magee then asked?

“When he told me West Catholic, I said ‘he’s hired,’” Magee recalled.

While that line always gets a laugh, Magee was dead serious.

“Jimmy showed up a day or two later and I told him, you are hired, it’s your job to lose,” Magee recalls.

Reilly has a similar memory about the unconventional job interview.

The young aspiring assistant asked Magee the attire for the interview. Should he wear a suit and tie?

The two met at the Great American Pub restaurant in Wayne, PA in what must have been among the most informal job interviews in basketball history.

Imagine, talking to your future boss over a few cold ones at the pub. One can imagine Reilly and Magee designing plays on napkins.

“He said come in a basketball shirt and shorts and we sat down in a booth and BS’d about basketball and life and West Catholic,” Reilly said. “He told me ‘I already knew I was going to hire you, I just wanted to meet you.’”

So, Reilly admitted that he had the home court advantage by attending West Catholic.

“We sat down, and it felt like we knew each other forever,” Reilly said.

“To be honest, I never met a West Catholic guy who I didn’t think was a good person,” Magee said. “It is a great place to go to school.”

Sure, Magee was interested in the coaching background of the then 30-year-old Reilly, how he had been an assistant at Neumann University, in addition to previously assisting at his two alma maters West Catholic and Ursinus. 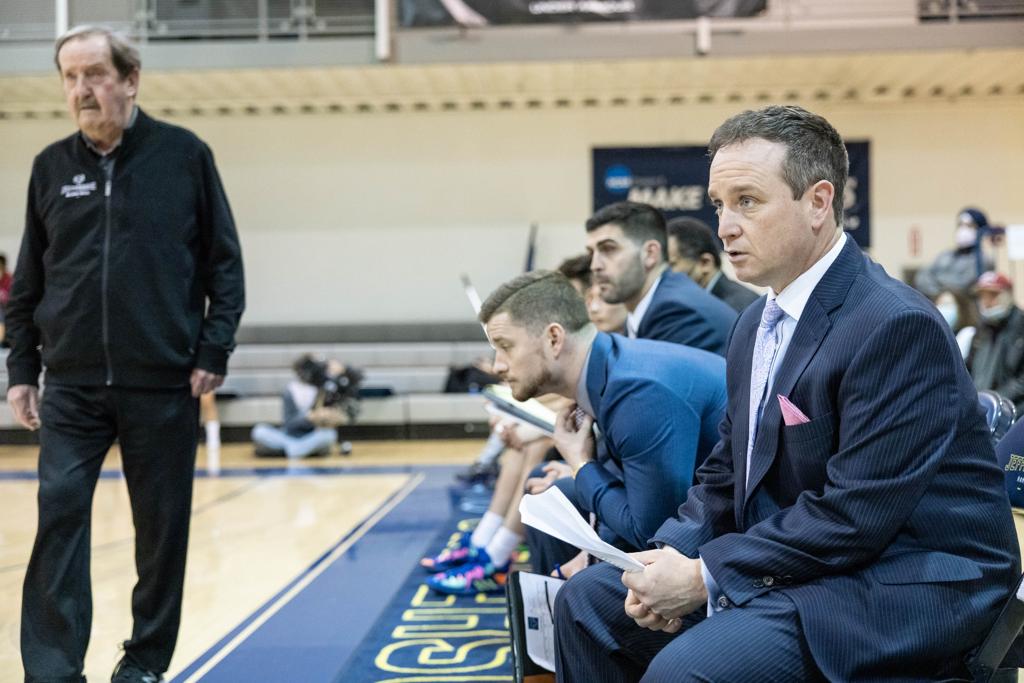 Yet Magee was looking for somebody with character, passion, and an insatiable will to learn, to grow and of course, to win.

While being from West Catholic got Reilly into the door and a seat at the pub, it was his work ethic, knowledge and willing to do anything to help the program that tightened the bond between the two coaches from the same high school.

Each year Reilly kept getting more responsibility. A few years back Magee named Reilly associate head coach. And then Reilly received the recommendation to be Magee’s successor from the person who mattered most.

Athletic director Tom Shirley asked Magee his list of candidates to replace him.

Sorry, but there was no long list, just one single name.

“It was my recommendation that they went with,” Magee said. “Jimmy was the only name I recommended.”

Shirley, who is also the highly successful women’s basketball coach at Jefferson, didn’t need much convincing. 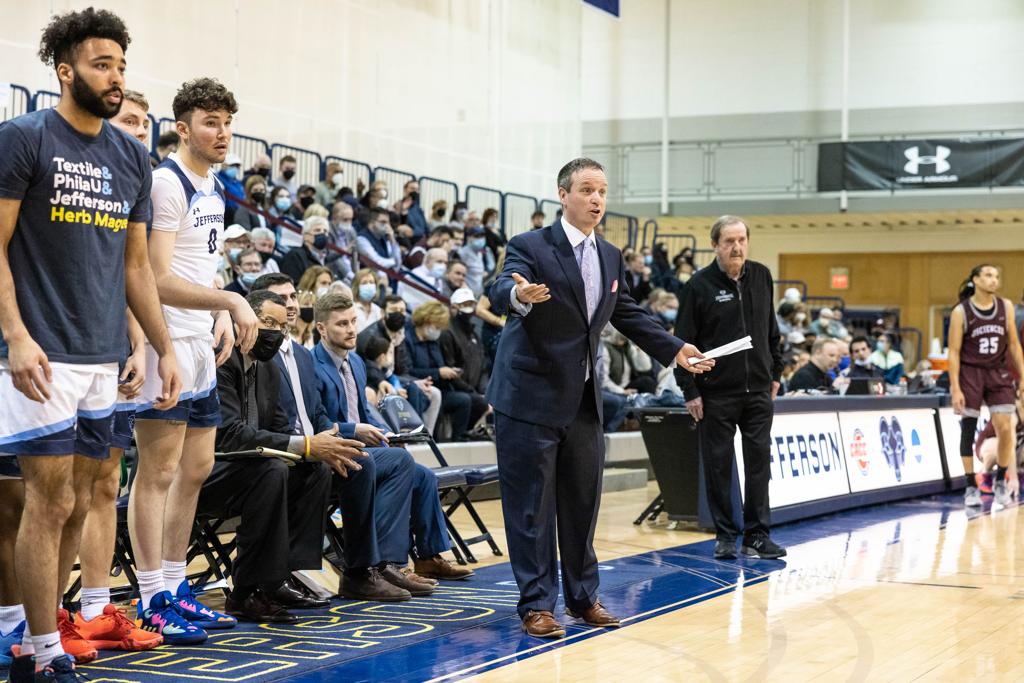 “Jimmy is such a quality human being, we would have been foolish not to hire him and we couldn’t let somebody else get him,” Shirley said. “He is so well liked and he really cares about the kids and is a great representative of the university.”

A 1994 West Catholic graduate, he was an All-Catholic League point guard, the proverbial coach on the floor.

How serious was he then and now about basketball?

Reilly still has nightmares over his final Catholic League game, a second-round playoff loss to Archbishop Carroll on a 15-foot buzzer beater by Rafal Bigus

Just like that, his high school career was over. Reilly would become an All-Catholic second baseman in the spring, but he knew his future was in basketball.

He was the starting point guard for two seasons in junior college at Manor College and two more at Ursinus.

And while he enjoyed his assistant coaching roles at the aforementioned schools, his career turned around when he met Magee.

Actually, his big break started when he enrolled in West Catholic.

“I am like coach Magee, I love West Catholic,” Reilly said.

And so, the two West Catholic graduates merged 15 years ago and now the bond is stronger than ever. Magee and Reilly will always be linked together, and so will their high school.

“Jimmy is more or less like my son,” Magee said. “He is a wonderful fellow and will make his mark as a great basketball coach.”