A graduate student at Temple University who decided to come back for a fifth and final year of football, Klein appreciates all that he has received from Temple.

That includes 35 career starts all along the offensive line, two bowl games, and best of all, an undergraduate degree in sports management.

Yet Klein likes to point to the place that got him to Temple – Episcopal Academy. 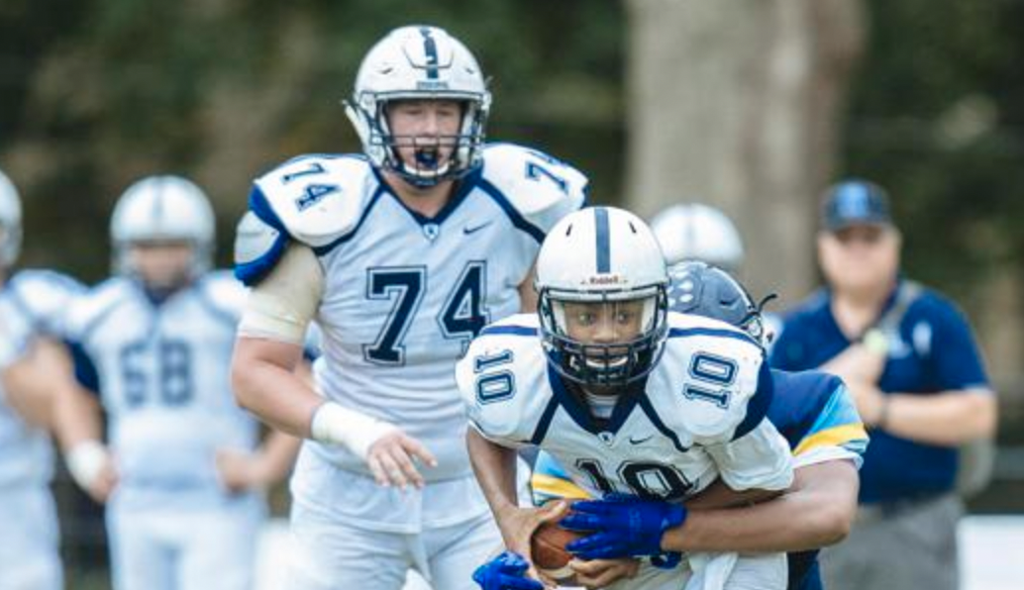 Mention the school and the 6-foot-5, 293-pound lineman gives a smile as wide as Broad Street.

“Oh I love Episcopal Academy,” Klein said in an interview with Philadelphia Sports Digest. “That was some of my best years.”

It’s a place where he has never lost contact with.

“I am still in touch with my football coaches, I still see coach (Todd) Fairlie, my brother still coaches there,” he said.

Klein says he received a well-rounded experience at Episcopal Academy, the same way he has at Temple.

“I credit a lot of my ability to what I’ve done not only on the football field but in the classroom to Episcopal Academy,” he said. “Just learning hard work, time management skills in high school has really excelled me to be on the master’s program I’m at right now.”

Klein has played four years at Temple, suiting up for 40 games, with 35 starts. The reason he has an extra year of eligibility is that the NCAA didn’t count the COVID-shortened 2020 season on a player’s eligibility. It was an odd season, in fact, Temple only played seven games that year.

“A lot of my success has to come from Episcopal because I was a young kid when I got there and it helped me grow up to the person I wanted to be when I got to college,” Klein said. “So I have a lot of respect not only for my coaches at the school but all the teachers and the administration there too.”

So with that kind of guidance, Klein went to Temple and built on that foundation.

To show how long he has been at Temple, Klein was a starter his freshman year in the Owls’ 56-27 loss to Duke during the Independence Bowl in Shreveport, Louisiana.

How long ago was that?

The starting quarterback that day for Duke was Daniel Jones, who is now entering his fourth season with the New York Giants.

If that seems like a long time ago, it’s because it was. In the next season, Klein would start in another bowl game, a 55-13 loss to North Carolina in the Military Bowl at Navy Marine-Corps Stadium in Maryland. 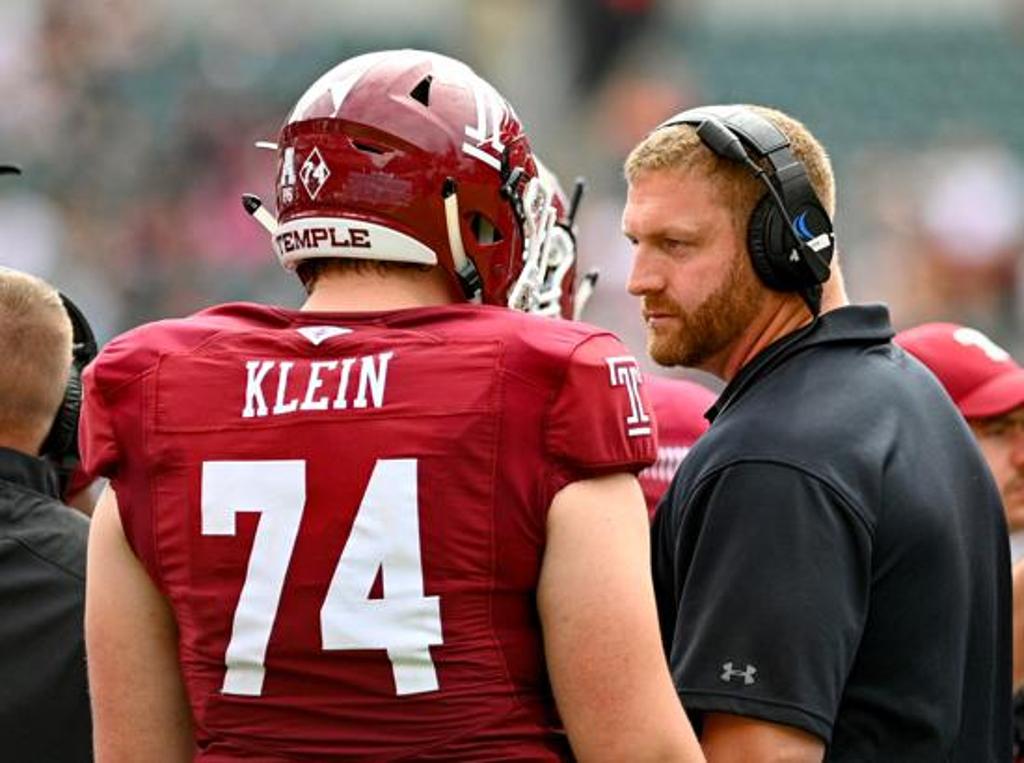 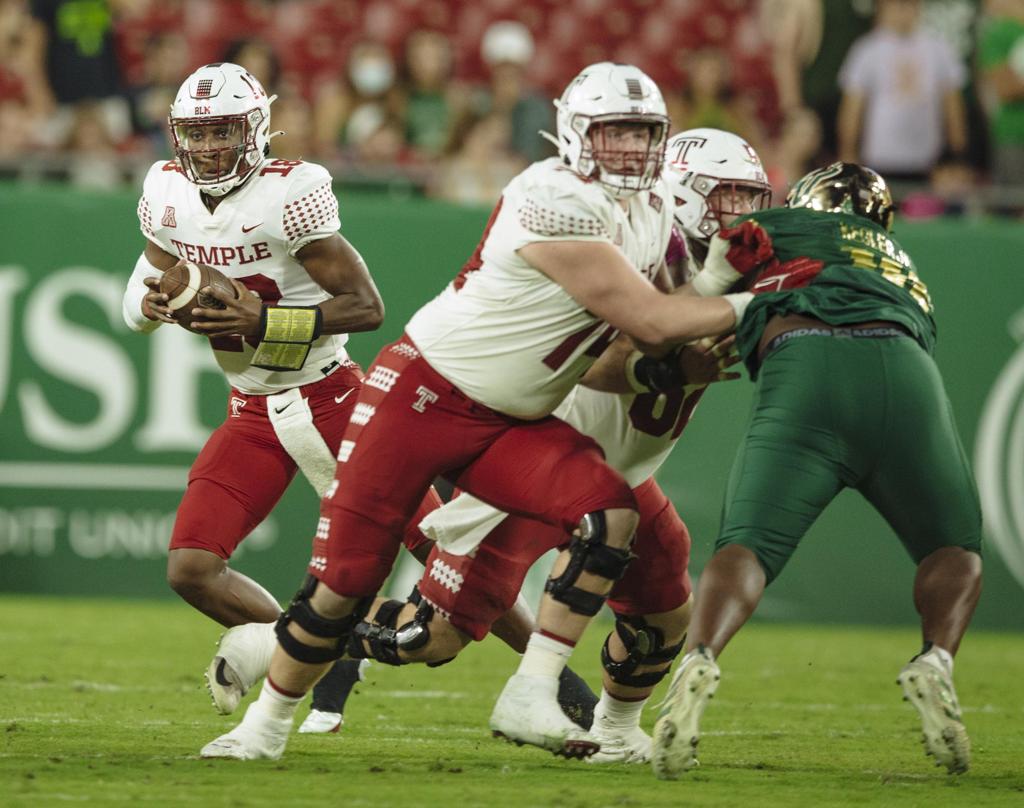 Temple has a new head coach in Stan Drayton, with some renewed enthusiasm.

Klein still has big goals and despite the difficult last two years, he has established a bond with his teammates.

The chance to play an extra year and let Temple start paying the tab for his master’s was too good to pass up.

“There was still a lot of unfinished business,” he said as a main reason he decided to return.

Speaking during Temple’s media day, he expanded on his decision.

“I don’t think I wanted to leave Temple on that note,” he said. “The big thing I didn’t think I played to my highest ability yet.”

That is a pretty honest self-appraisal and one reason why Klein has enjoyed so much success. He isn’t about to let himself off the hook if he feels he failed to produce the desired results.

After being hired on Dec. 15 and doing some early observing, Drayton got right to the point with Klein.

“We get here and Adam Klein’s development probably wasn’t as far along as we would hold him to be from a strength standpoint,” Drayton said during Temple’s media day. “One thing I can tell you about Adam Klein is that if you give him a challenge and tell him his weakness he will diligently attack them.”

And Klein did exactly that, one barbell at a time.

Imagine telling a player who had made 35 starts he wasn’t strong enough. Some would have departed faster than you can say ‘transfer portal.’

Klein took the constructive criticism and now, one of his his strengths is strength, according to Drayton.

“He got into the weight room and got stronger right away,” Drayton said.

If Klein has a pro football future it will likely be as an interior lineman at guard or possibly center. For Temple, at least as preseason practice begins, he will be slotted at tackle.

Either way, he will be a big part a Temple team that is looking to restore some of its previous football relevance.

“Adam Klein is going to be a very impactful football player for us in a lot of ways,” Drayton said.

That includes on the field with his play and his leadership. 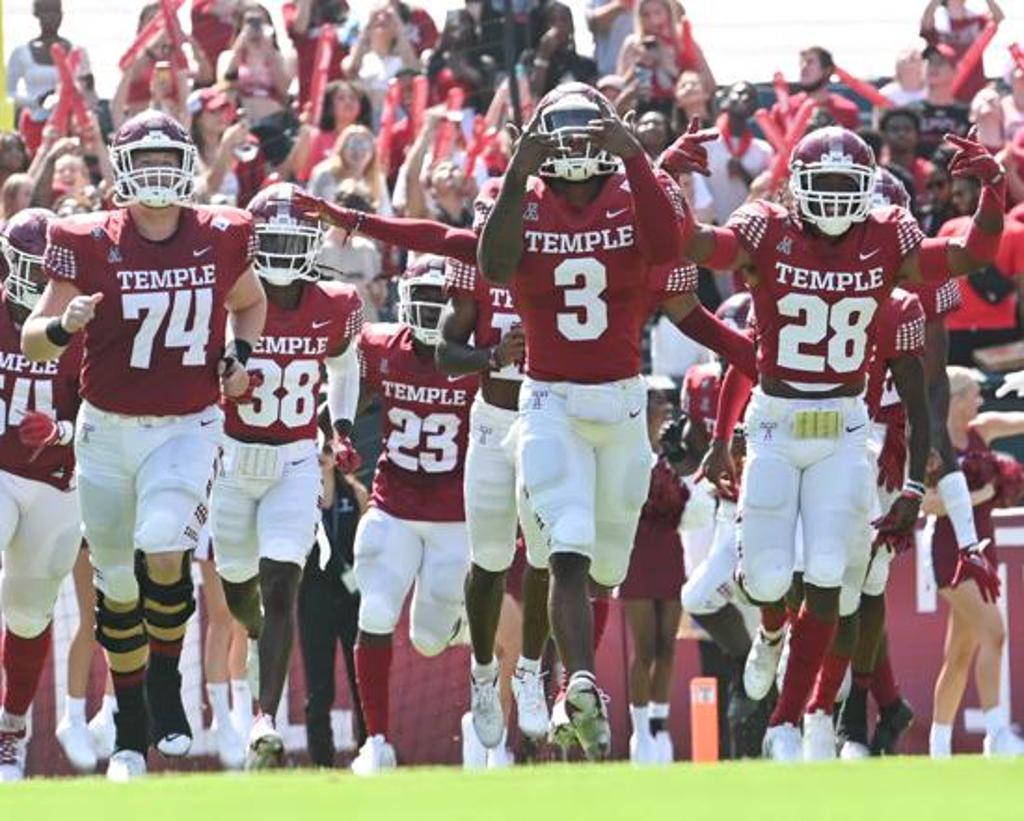 Still, Klein’s biggest dream lies ahead, playing in the NFL.

“That is something I always dreamed about since I was a little kid,” Klein said. “I think with this new coach, this new staff and this newfound energy I’ve not only found in myself but this team, I think that possibility is a lot higher now.”

No matter where his future lies, Klein will always be appreciative toward his past, attending a high school that prepared him so well for the challenges in college athletics and academics.