BALTIMORE, MD – Just do the math, it’s not that difficult.

There were 44 girls selected to the Under-Armour Senior All-American Lacrosse game that took place on Saturday at Baltimore’s Johns Hopkins University’s Homewood Field.

Staggering, yet not surprising.

The Inter-Ac has long held the mantle as one of the toughest leagues in the country. The Catholic League is no cakewalk either. 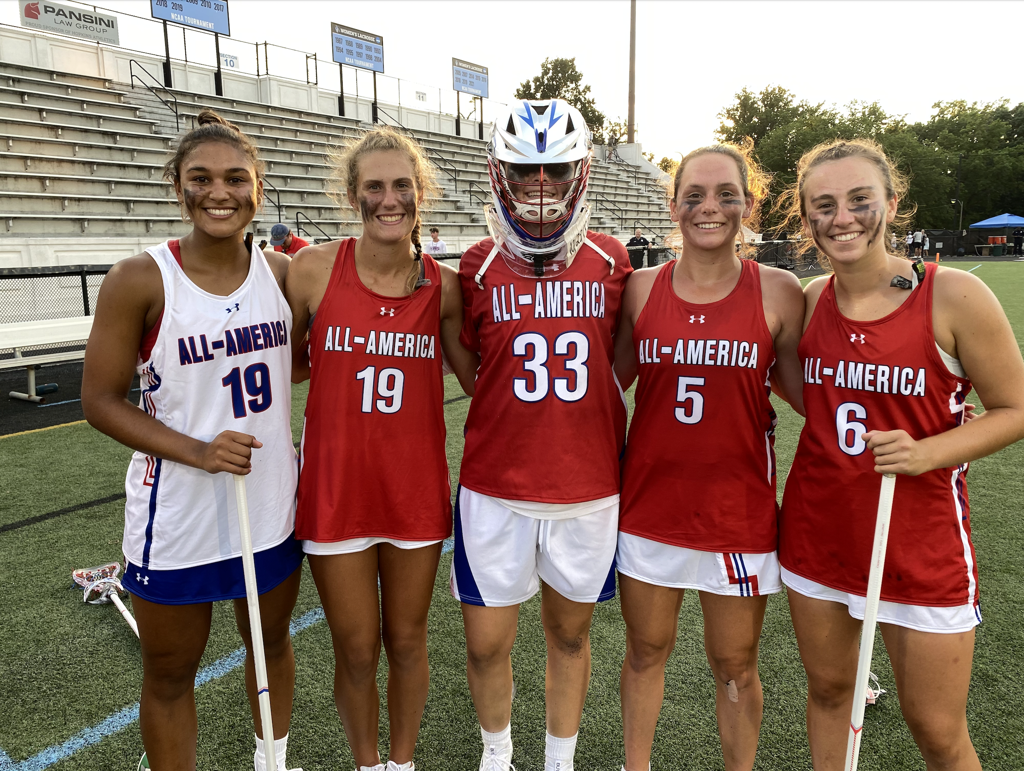 Four girls from the Inter-Ac and one from the Philadelphia Catholic League were among the 44 chosen for the All-American Senior game.

Want to expand the talk further about Southeastern PA’s overall strength in lacrosse?

As one official of the tournament expressed, “Philly always has top-flight talent and teams.”

That was certainly the case this year and it was especially a time for the Inter-Ac to take a bow.

“The Inter-Ac has been pretty strong the last few years and it goes to show since there are four of us playing in this game that there is great talent and competition (against) the best in the country in the senior class and shows how talented the Inter-Ac really is,” said Agnes Irwin’s White, who had a hat trick in the game.

Four of the five players from the Inter-Ac/Catholic League played on the South squad and one on the North.

The North won the game 17-11, although the final score is not even a secondary feature to the game. Players will remember going up against the best in the country and making new friendships, while in other instances, renewing acquaintances. Being on national TV is another pretty special keepsake.

The one player from the aforementioned five on the winning North squad was Penn Charter’s Turner, who played like the lock-down defender she had earned the reputation of being.

In an interesting twist, two Penn Charter players, Turner and Felter ended up on opposite teams, one on offense and one on D, one on the North, the other on the South.

“She (Felter) is my best friend so it was kind of interesting to play against her but it is all love, we had a lot of fun,” Turner said.

Felter was thrown for a loop when her best friend turned out to be an opponent.

“When we found out she made it too, we just assumed she would be on the South with us,” Felter said. “When she was put on the North, I was really wasn’t looking forward to playing against her at lot.”

Many others share that sentiment, simply because Turner is not the easiest player to score against. She has great strength, terrific speed and anticipates well. In short, she plays like an Inter-Ac all-star or more precisely, a Senior All-American.

There were many in the game who were playing against future college teammates, such as incoming Stanford players Turner and Springside Chestnut Hill Academy’s Pearson.

“I never want to be against Grace,” said Pearson, who played in the second half and made several huge saves.

Now she won’t have to.

“It’s tough to be against her but it makes me that much more excited for what’s to come at Stanford because I know she is going to be in front of me and will be on my side, which is great, she is going to keep me safe down there,” Pearson said.

It’s interesting that three of the five – Felter, Mottice and White - will be attending North Carolina, the defending NCAA champion.

“It was fun to play with them and get ready to go to college together,” Mottice said.

Homewood Stadium is a great venue for lacrosse. The crowd was really into it, and the players fed off the enthusiasm. Really, the youngsters couldn’t have asked for a better setting to play their final high school game.

“It was just incredible, just playing with the best players in the country and to be able to experience something not many people get to do was amazing,” said Mottice, who scored once for the South.

That’s a point that few realize. When only 44 seniors in the country are selected, this is an honor that nobody who is selected, seemed to take for granted.

“It is awesome, you kind of dream about this moment, playing with the best of the best across the country,” Felter said. “You get to play against a lot of girls you will go to school with, and a lot of them will play against, so it is really the opportunity you look forward to in high school, so this is a great way to end my high school career.”

This was the consensus feeling of anybody fortunate to play in this game. Having so many come from the same league was just an added bonus to the Inter-Ac All-Americans.

In the upper age group, the Philadelphia Highlight advanced to the championship game before losing 10-7 to Baltimore.

It was the third game of the day for Philadelphia, the second for Baltimore.

“We just ran out of gas,” said head coach Lorraine Beers, who is also the head coach of Archbishop Carroll.

The big game for Philadelphia was the semifinal, where it beat Long Island, 11-10. In last year’s championship game, Long Island had defeated Philadelphia.

Gabrielle Koury, a rising senior from Owen J. Roberts, scored the game-winner for Philadelphia with 10 seconds left. Koury was an all-tournament selection with 18 goals and 13 assists. 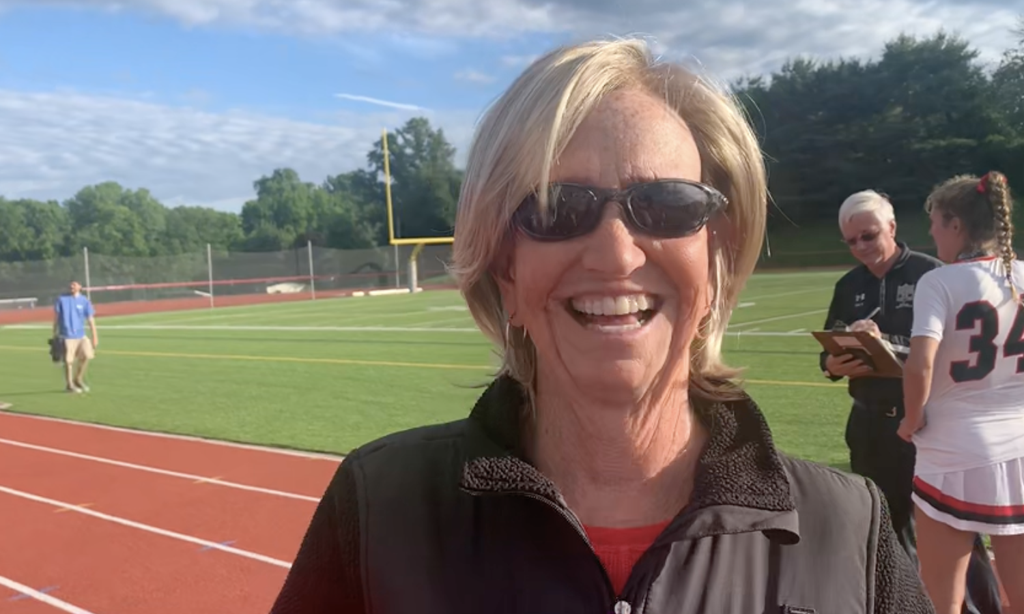 Among Inter-Ac and Catholic League players, Beers said that Maggie Mullen, a rising junior from Agnes Irwin, had a big tournament in goal.

“She made some spectacular saves and she was really good all weekend,” Beers said.

Archbishop Carroll rising senior Ava Bleckley, was also instrumental in draw controls, not taking part in the draw, but scooping up loose balls around the circle.

“She also caused a lot of turnovers and was incredible,” Beers said of Bleckly who is a James Madison commit.

The Philadelphia Command left on a winning note with an 11-6 victory over Washington, D.C. in a consolation game.

Philadelphia lost its first two games – by a goal each – before earning its other win, a 10-5 win over Upstate.