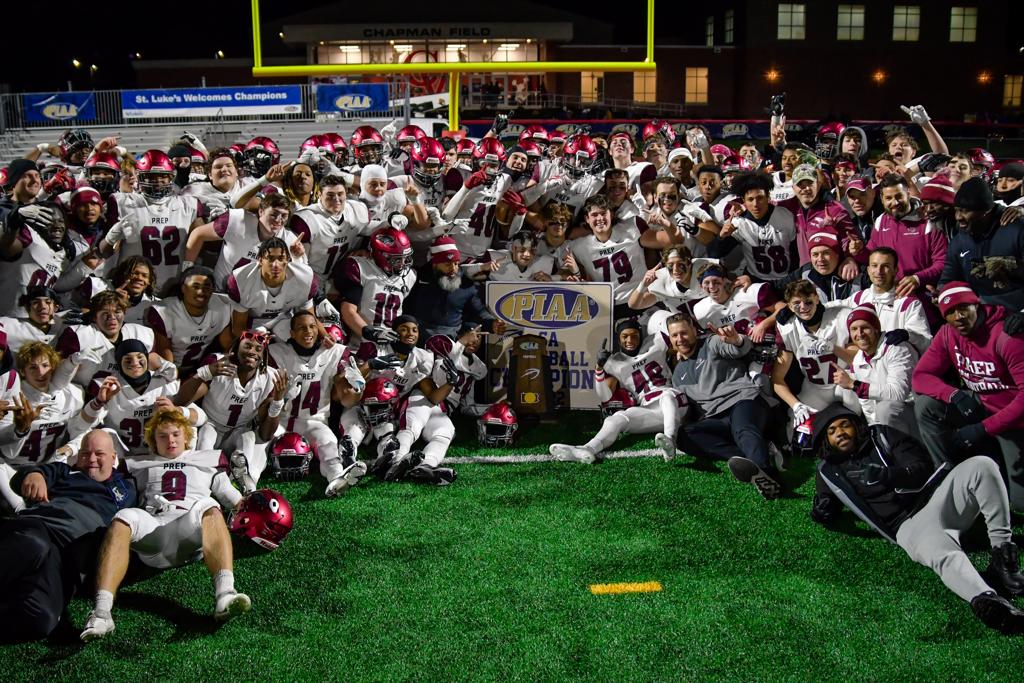 MECHANICSBURG, PA – The best part about St. Joseph’s Prep’s football team’s blitz through the PIAA Class 6A tournament was simply watching in awe as the Hawks put on an absolute clinic on both offense and defense.

The worst part? Realizing that the season was over, which meant no more Samaj Jones and Kahseim Phillips and David Washington and Brandon Rehmann and Elijah Jones and Owen Garwood and Josiah Trotter and Cole Nilles and Omillio Agard and Anthony Sacca and a dominant offensive and defensive line and . . .

You get the picture.

Watching this program once again dazzle the crowd in a 42-7 romp over an extremely competent Harrisburg squad December 10 at Cumberland Valley High School for the Prep’s seventh state crown and fourth in five years supplied constant hits of dopamine.

Consider this statistic from stats guru Ed “Huck” Palmer: In their three PIAA wins, the Prep offense scored a touchdown on 19 of their 20 first-half possessions. The other was a run-out-the-clock rush after getting the ball back in the closing seconds of the second quarter.

Now that they have had some time to reflect, several Hawks shared their thoughts about a 12-1 season and 12-game winning streak that simultaneously erased the disappointment of losing in the 2021 state final while cementing them as one of the all-time best teams in state history.

Julian Cervantes, senior center: “We set a goal in January to make it back to the state championship game, but to finish this time. We knew what it took to get there and we knew we had to over prepare if we wanted the outcome we wished for.

“This team has a bond that nobody will ever understand. We always talk about how any person outside of this program will never know the sacrifices and dedication everyone puts into this. The biggest thing that jumps out to me is the competitiveness of every player on the team. In practice, you will see the offense and the defense go at it every day making each other better. I don’t think there has been a practice where me and Omillio haven’t said anything to each other during competitive periods. We know that it brings out the best in us and that it prepares us for these big time games.

“After the first game of the season where we lost to a very good St. Thomas Aquinas team (48-37 on their home field in Florida), we all came together as a team and had a discussion. We knew we were a good team with a lot of potential but we had to lock in to the little things. This included extra time after practice, multiple hours of film, meetings with coaches, etc. When we got everyone to do this . . . that is when everything started to click.

“There was a moment before the game where I looked at Samaj Jones and I saw him repeatedly telling himself that he was not going to let what happened last year happen again. Me and Samaj are very close from him being my quarterback and me being his center. I knew that feeling that he was feeling. I knew how those seniors felt last year after losing. When this team plays for each other and puts their body on the line for the guy next to them, we are unstoppable.”

Owen Garwood, senior wide receiver: “This team was very similar in personnel. Some good seniors from last year were replaced, but in 2021 we had a very young team. This year, the team as a whole really matured and found our way. We bonded both on and off the field from January to December 10. We also made sure to never let the feeling of losing in 2021 happen again.

“I think what encapsulated this year’s team was the playoff run as a whole. We were a well-oiled machine on both sides of the ball and special teams. The great thing, though, is that we made sure to enjoy it and have fun while also winning.”

Mike DiTrolio, senior wide receiver: “Well, in the beginning of the season in February and March, we had guys skipping (voluntary) workouts because they didn’t feel like it or they would show up late with no excuse. By the end of the season, guys would show up early before practice to get extra work in and stay after as well. We would have an hour before film sessions on Mondays and we decided to use that time to lift. I’m very proud to see how this team evolved in the past year.”

Kahseim Phillips, junior running back: “I had time to reflect on what we accomplished and it’s a once-in-a-lifetime thing. I just love how we all came together and won it, and I wouldn’t wanna do it no other way. It was just a great way to send our seniors off for their last high school game and end the season on a high note.

“The state championship was our best game. I felt we were the more disciplined team. We wanted to win it so bad after what happened last year, which also helped us play as a team.”

Josiah Trotter, senior linebacker: “How last season ended lit a fire in us, and everyone headed toward a common goal, and that was to get back to where we were last year and finish the right way.

“I just felt like we were on a mission. Last year, I felt like we were expecting to get there and things to go our way and make history of getting our fourth in a row. But that loss helped us, and we learned from it and it allowed us to get better.” 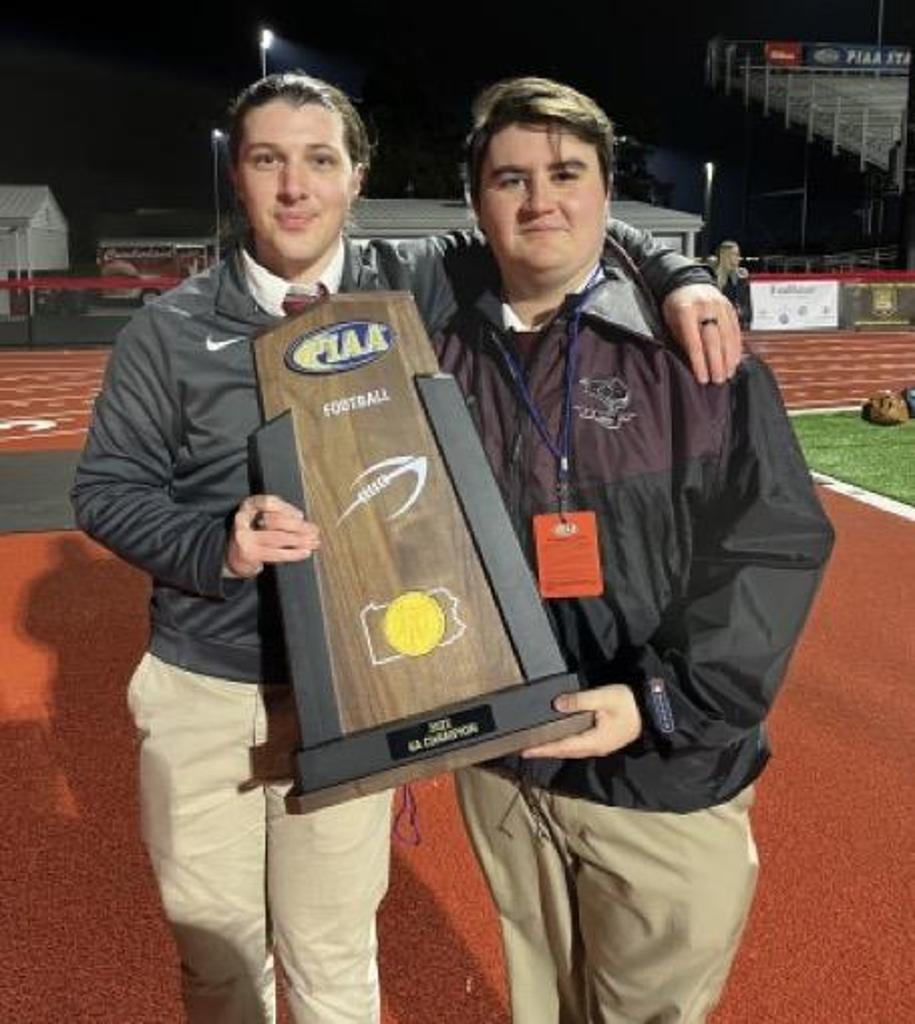 Special shoutout to WSJP reporters Zach Reagan & Anthony Salvato, who have been assisting in PSD's coverage of the Hawk's for the past two seasons. THANK YOU & CONGRATULATIONS!

Thanks for the memories.