PHILA. --There are some bright young college basketball players in the city this season. Drexel University freshman point guard Justin Moore is one of them. Moore, a former Archbishop Wood standout, has played a key role in the directing the Dragons’ offense. He is averaging 7.6 points, 2.7 rebounds and 2.1 assists a game.

“It’s pretty surreal to be in this moment,” Moore said. “I try to get my teammates open shots and control the pace of the game. I think knowing when to score and knowing when to get them shots and to make sure the team is together. The big thing about being the point guard is being a leader knowing what you have to do.”

Moore grew up playing basketball at Simons Recreation Center in West Oak Lane. He also picked up a lot of great knowledge from his father, Malik Moore who played basketball for Martin Luther King, Temple, and American International College, during his basketball career.

“My dad helped me a lot coming up,” Moore said. “We would work out together. He tells me where to find my spots on the court. He’s been a big help to me.”

Moore, a 6-3, 170-pounder, was able to develop into one of the best players in the Catholic League. A year ago, he guided Archbishop Wood to a 21-8 mark while taking the Vikings to the PIAA state championship game. He averaged 15.2 points, 6.1 assists and 4.4 rebounds a game. Moore joins the list of brilliant guards from Archbishop Wood such as Collin Gillespie (Villanova, Denver Nuggets) and Rahsool Diggins (Massachusetts).

The Catholic League has been very prolific over the years. Moore is happy to be a part of the league’s terrific legacy.

“The Catholic League is a great league,” said Moore, who earned first-team All Catholic League honors last season. “Some people say it’s one of the best high school leagues in the country. It’s good competition and brings out the best in me.”

The quality of play certainly prepared him for college basketball. He has been able to distribute the ball to Drexel’s top scorers 6-10 forward Amari Williams (14.5 ppg) and 6-4 guard Coletrane Washington (12.8 ppg). The Dragons are currently playing against its league opponents in the Colonial Athletic Association. 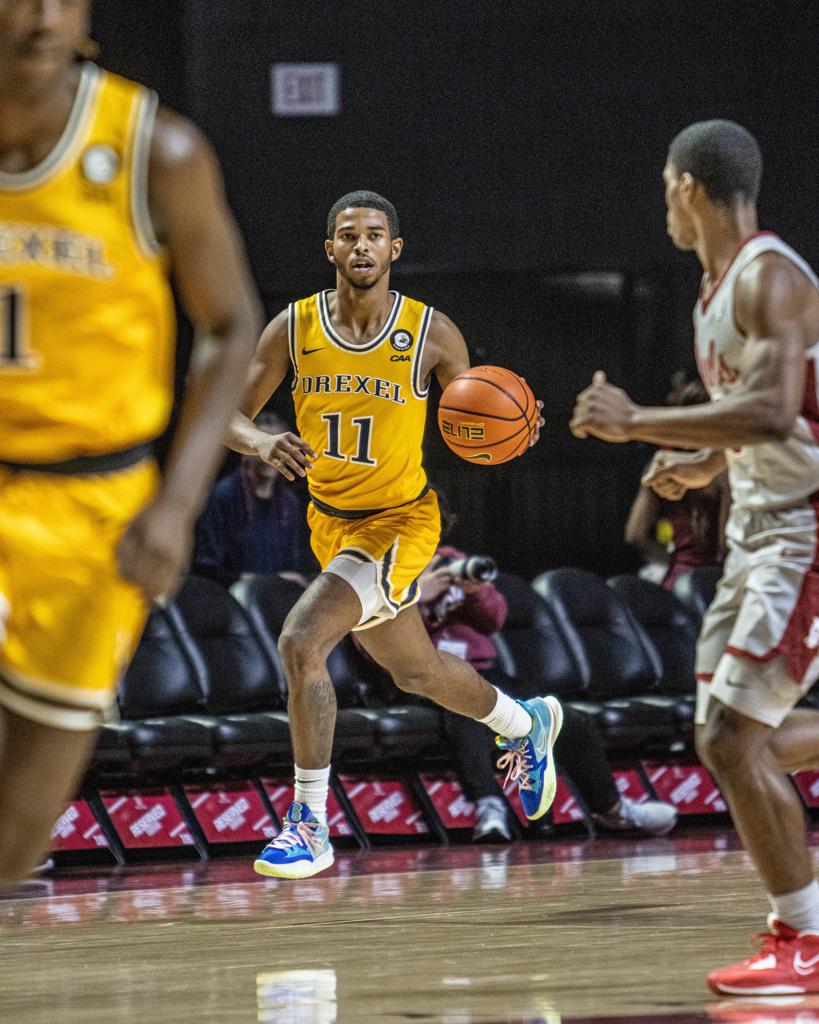 The CAA has some great teams like UNC Wilmington, College of Charleston, and Delaware. Drexel currently has a 9-7 overall record.

“We have all the tools we need to win,” Moore said. “We play hard and compete every day."