PHILADELPHIA – If Charles Dickens had been inspired by Archbishop Wood’s performance in the boys’ Catholic League championship February 27 at a sold-out Palestra before writing his classic “Tale of Two Cities”, he would have juxtaposed the novel’s famous opening line of, “It was the best of times. It was the worst of times.”

After playing a terrible first half and entering the locker room trailing Neumann-Goretti (18-7) and star senior guard Quade Green (18 points, seven assists) by 13 points, Wood (22-3) returned to the court and, over the next 16 minutes, resembled a fine-tuned machine constructed of accurate marksmanship, blanketing defense, intelligent decision making, and ultra-confident moxie.

The result? A 65-58 victory and the school’s first boys’ basketball title in its 51 years of existence.

“We weren’t shooting well,” said Wood senior Collin Gillespie, the league’s Most Valuable Player. “We had to regroup.”

After being held to an astonishing two points in the first half, Gillespie helped spearhead one of the most memorable comebacks in recent Catholic League history, scoring six points in the third quarter and an astonishing 16 in the decisive fourth to finish with 24 points and seven assists.

The operative word in that preceding paragraph, however, is “helped,” because this was far from a one-man show.

In fact, if not for several teammates, Gillespie would have been denied the honor of snipping the last thread of twine during the traditional net-cutting ceremony and then dropping the mesh over his head and onto his broad shoulders while hundreds of Vikings fans – almost all of them donned in the same white tee-shirt – roared their approval.

“We had a big job in front of us, but we didn’t panic,” said Gillespie. “Everyone had to stay focused and do their job.”

There was junior Tyree Pickron draining three three-point shots in the third quarter, and senior Matt Cerruti contributing 10 points during the same eight-minute span, turning a 31-18 disaster into a shocking 43-41 lead.

There was junior Seth Pinkney, using his intimidating 6-feet,11-inch height to alter the follow through of Neumann-Goretti inside shooters, and his two baskets – one after a highlight-reel rebound that brought Wood’s faithful to their feet – helped switch a 50-49 deficit into a 55-50 lead with 2:18 remaining in regulation.

“Every play,” said Pinkney. “Every play. I tried to do what I can to help. We all did.”

That would include Funk, who literally couldn’t care less if he’s not listed as one of the team’s top scorers.

“This is such a special team,” said Funk. “We have so much talent. I appreciate just being able to play on the same team with these guys.”

Cerruti, possibly bruised by the aggressive congratulatory pals who flooded the Palestra floor following his 15-point, seven-rebound beauty, insisted that he never wavered in his belief that the Vikings would stage a furious comeback.

“I think the whole entire game we never felt out of it,” said Cerruti. “We still believed in each other. We kind of kept pushing. Everyone has full confidence in each other, so we kept going. When you believe in each other, that stuff happens.”

When the game hung in the balance, however, it was Gillespie who shone brightest. 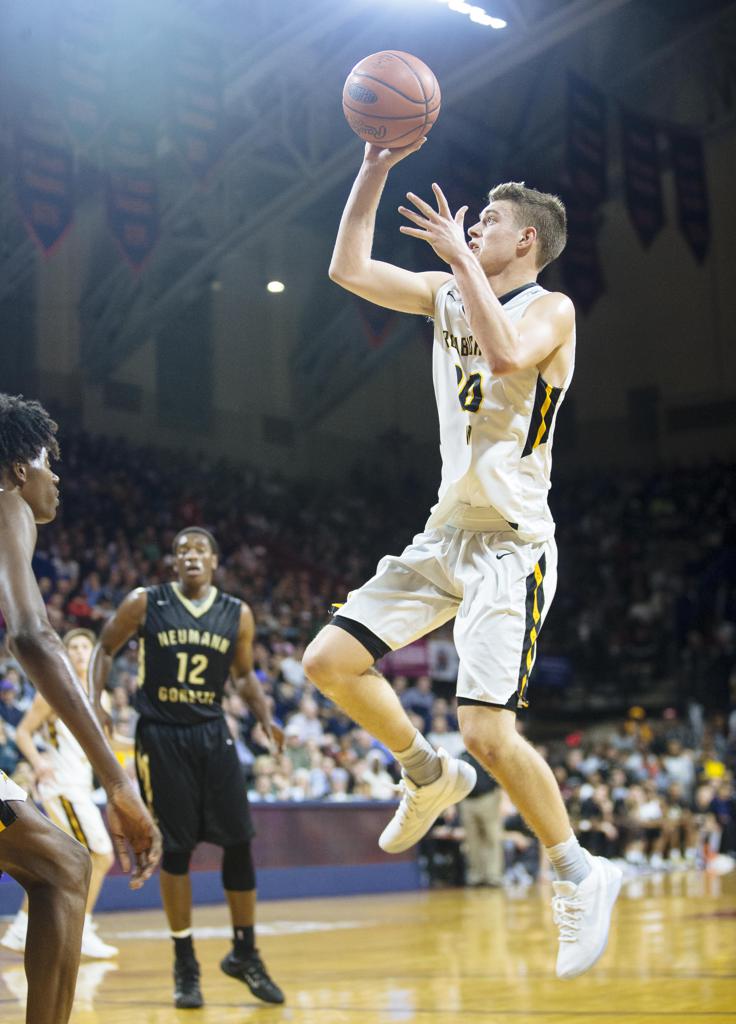 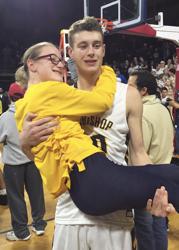 After a pair of free throws by N-G senior Dhamir Cosby-Roundtree (11 rebounds, eight points), Gillespie swished another trey, putting Wood up, 49-47, with 4:18 remaining.

After hitting a pair of free throws 1:26 later, Gillespie scored again on a driving layup with 1:40 left, pushing Wood’s lead to a game-high seven at 57-50. He later connected on six of six free throw-throw attempts, and with 12.9 seconds remaining in the 2016-17 Catholic League season, Wood coach John Mosco – understanding the poignancy of the situation – subbed for Gillespie.

As assistant coaches and players embraced the euphoric 6-foot-2 Villanova University-bound guard on the sideline, the Vikings ran out the rest of the clock, and a more-than-half-a-century wait was thus extinguished.

The worst of times had indeed transformed into the best of times.

Wood vs. Goretti - 32 Game Photos by Zamani Feelings for PSD