Cardinal O’Hara Graduate is On A Special Mission

Cardinal O’Hara graduate makes it her mission to spread the word about kidney disease.

Degnan played on the O’Hara’s varsity tennis team for the last 4 years and as the No. 2 singles player helped her team win its third Philadelphia Catholic League championship last season and was named 2016 First Team Singles All-Catholic.

Watching her diligence, skill, and endurance on the court, one would never imagine the true challenge she silently faces every day.

At 2 1/ 2 years-old Degnan was diagnosed with a rare disease called Minimal Change Nephrotic Syndrome, a condition in which the kidney cannot filter out large proteins properly. This condition is most challenging for medical professionals because of the relapsing nature of the disease and the need for corticosteroids as its primary course of treatment.

“Cara has had treatments with repeated courses of prednisone.   Using steroids is a major challenge and results in a multitude of side effects, including cosmetic changes and emotional changes. They have a major impact on daily life for those who have used steroids,” said Degnan’s physician and medical director of the renal transplant program of AI Dupont Hospital for Children in Wilmington DE, Dr. Chris LaRosa.

According to LaRosa, when not in remission, patients who suffer from nephrotic syndrome risk the chance of serious bacterial infections of the skin and bloodstream, as well as increased risks of pneumonia, abdominal infections, meningitis and blood clots.

“There have been times in a relapse when she will gain 14 lbs. in about ten days (which will take 4-6 weeks to disperse fully), mostly water retention weight. The toll this takes on her body is tremendous. She aches all over, her legs are extremely tight and tire easily. Her blood pressure becomes elevated,” said Cara’s mother, Jennifer Degnan. 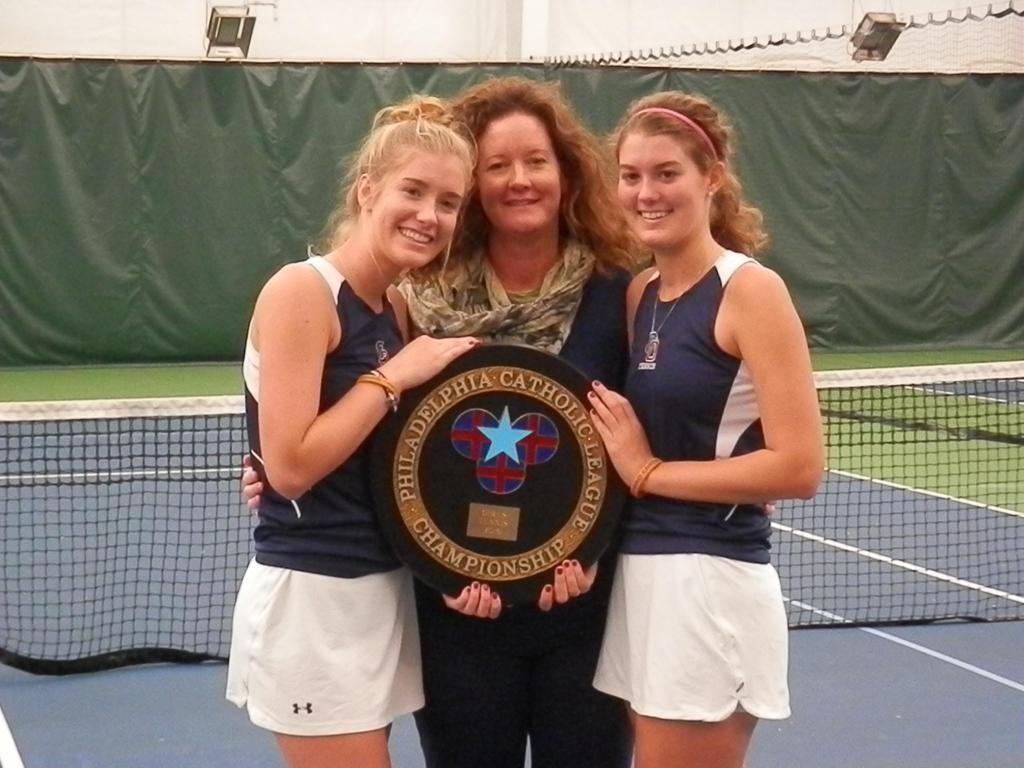 “Like most of the patients and families with nephrotic syndrome that we follow, we find them to be very sophisticated and educated about their disease, and they are quite resilient when faced with the challenges of nephrotic syndrome. Cara is no exception. She faces these challenges and struggles with a quiet resilience and fortitude. I find it admirable that she manages to lead as normal a life as possible, doing well in school, and excelling as an athlete,” said La Rosa.

One may say that Degnan is doing more than just managing her condition. She is helping to raise awareness and educate others about this rare disease thru “Cara’s Crusade”. 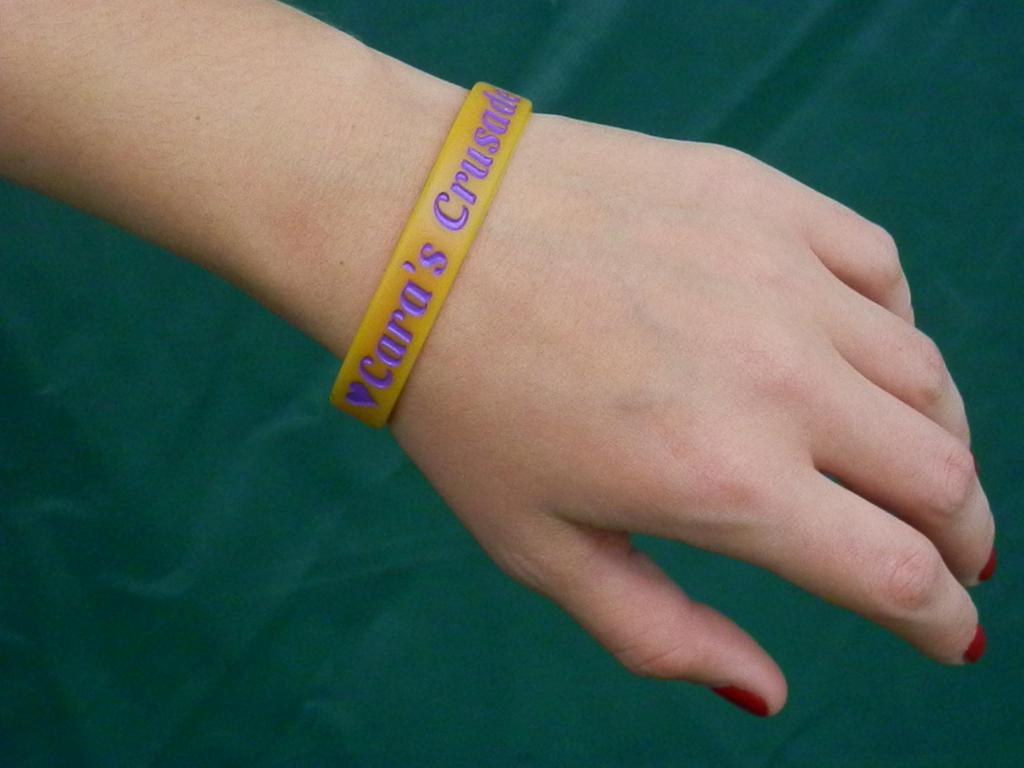 Degnan is helping increase awareness by selling orange wrist bands to raise money for the NephCure Foundation. One major challenge of this disease is how rare it is and because of this, understanding and funding to help find a cure is very low.  Through her “crusade”, Degnan hopes to inspire other young patients living with this disease.

“I have been involved with several NephCure outreach opportunities. I have been able to meet many other patients and their families. Most of them have been younger than myself. They are filled with questions about living with the Minimal Change Disease Nephrotic Syndrome. I think they are filled with hope after speaking with me. I am able to show them that I am able to play tennis and to compete, despite the burden placed on my body. I have realized success academically, despite the prednisone negative effects,” said Degnan.

"Not many people know what she is going through. She did not want anyone to treat her differently and would not let her condition stand in the way of doing her best on the court,” said Cardinal O’Hara head tennis coach Patty Fitzgerald.

So far, Degnan and her team, which consists of family and friends, have raised close to $2,000 through NephCure Walks, lemonade stands, and the sales of the wrist bands.

“Her siblings have learned compassion, caring, and how to be supportive from having Cara as their sister. They have seen very sick children in DuPont. They are in tune with seeing a person, not just an illness or a condition,” said Degnan’s mother.

It’s no surprise that Degnan has chosen to go into the medical field. She is currently attending Eastern University in St. David’s, where she plans to fulfill her dream of becoming a pediatric nurse.

“My hope is that by sharing my story, it may inspire others facing the same uncertainties to be strong and to keep moving forward. I would just like other patients to know that they are not alone. And that, with the right attitude, they can achieve small successes daily, which in time may lead to bigger ones. It is this special knowledge and understanding of mine, that I truly believe will enable me to be a good nurse and advocate for my patients,” said Degnan. 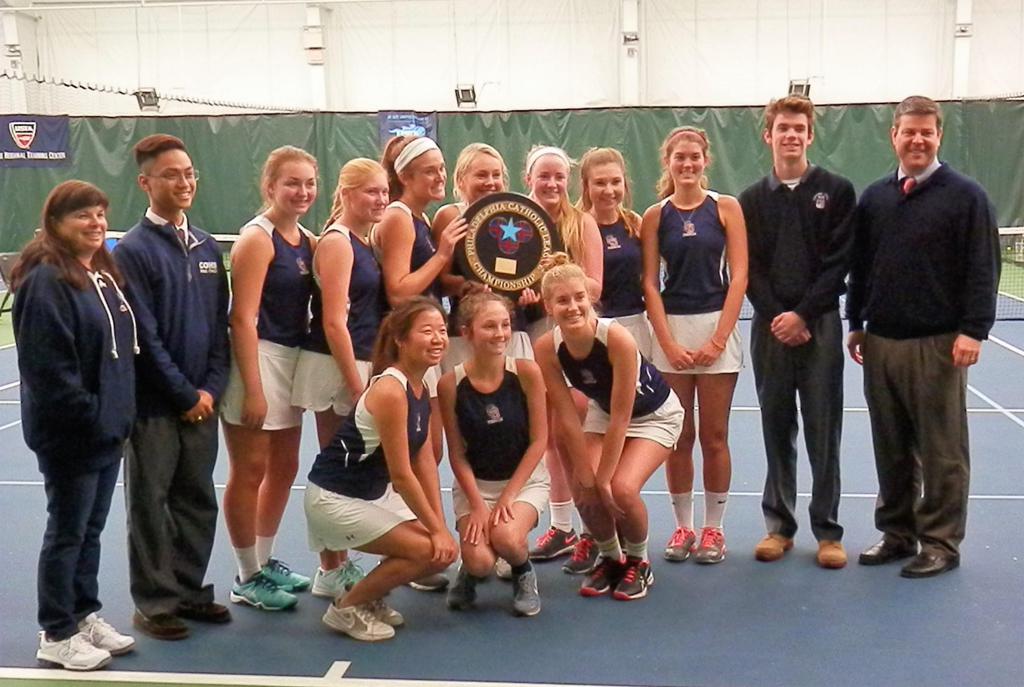 Degnan has no intention of slowing down her passion for her “crusade” and says she will continue to sell her wristbands and spearhead NephCure fundraisers and educational programs throughout the tri-state area.

For more information about Minimal Change Nephrotic Syndrome go to: