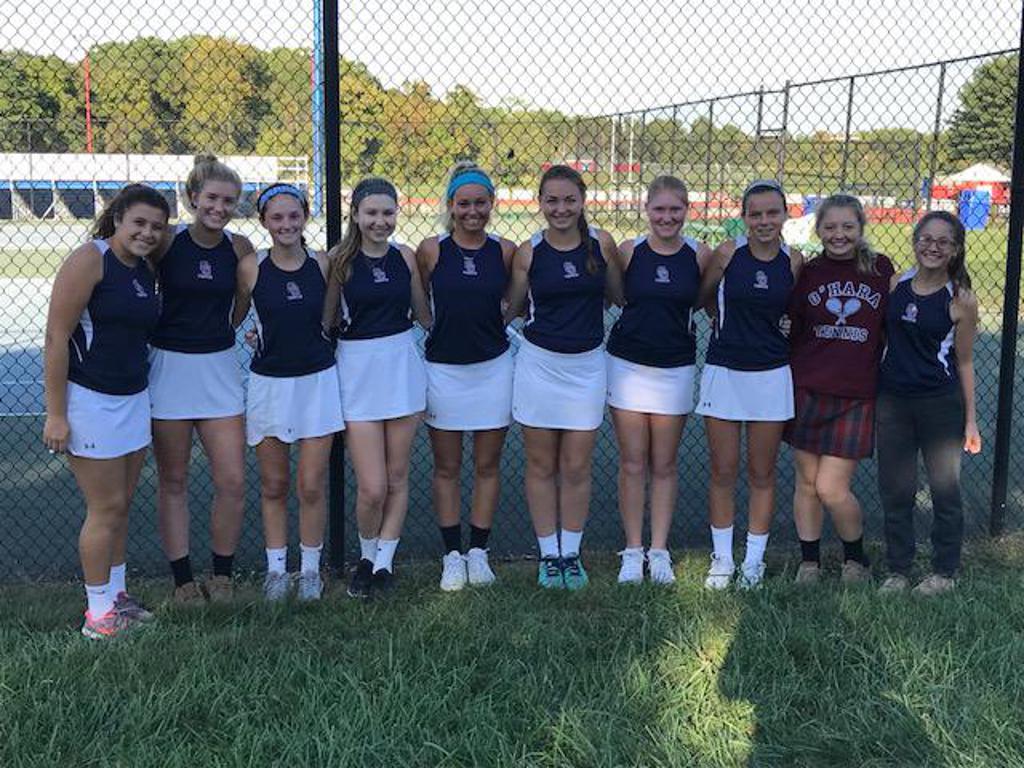 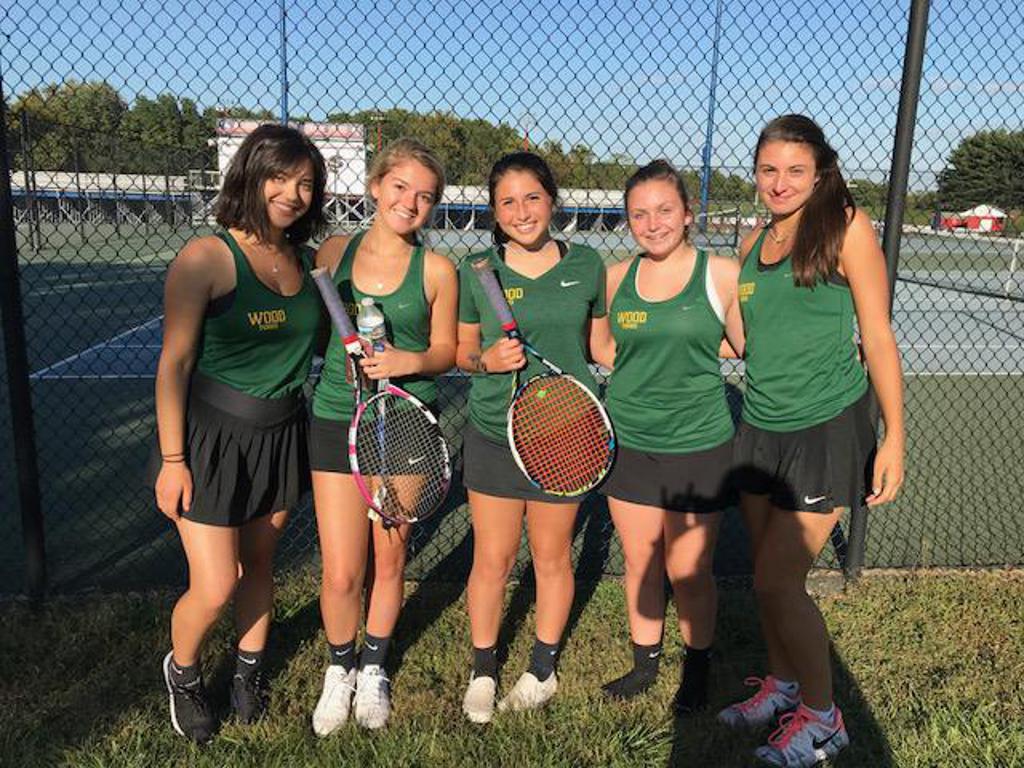 O’Hara defeated Wood 4-1 and will advance to play Lansdale Catholic in the PCL final on Tuesday, Oct. 10th at 9:00 a.m. at the Legacy Youth Tennis & Education Center. 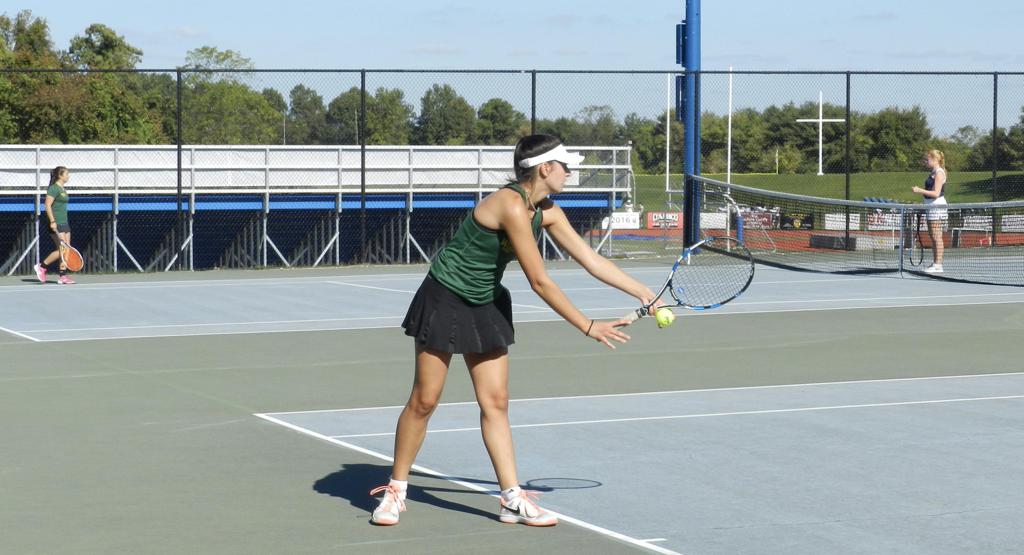 Throughout the regular season, Cardinal O’Hara’s girls’ tennis team remained the team to beat in the Catholic league. The Lady Lions finished with an undefeated 7-0 record, earning the top seed in PCL playoff rankings. The Lion’s key to success this year was simple – “practice makes perfect.”

“We’ve practiced a lot this season and have been working on different drills and shots,” said O’Hara senior captain Jessica Dougherty. “We have all been playing our hardest.”

This year, Archbishop Wood finished with an overall PCL record of 5-3. First year head coach, Dan Donnelly, attributes the Viking’s success this season to his team’s willingness to be coached and determination to learn new skills.

“They are great athletes, which is why they are so successful. I can’t really attribute their success to myself, but they are great kids. They are coachable they do what you tell them to do,” said Donnelly.

While Donnelly won’t necessarily take credit for his team’s success, his team feels differently. Senior No. 1 doubles player, Ally Wolk, could not help but laud over her new coach and feels that their success had a lot to do with his guidance, as well as their overall team chemistry.

“First, I’d like to thank our new coach this year. He really stepped up to the plate and incorporated all of these new drills and we started conditioning, which we haven’t done before. So we all were in a lot better shape than we have been in previous years,” said Wolk. “Our team has grown close together and we have all really bonded over tennis. We all come from different groups in high school and are all different ages, but tennis has brought us together and I think we have all supported and challenged each other and that is what has made us so successful this year.”

The Vikings have been following the motto “All It Takes, Is All You’ve Got” on their path to the semifinals. Donnelly implemented the slogan at the beginning of the year, which his team has been following whole heartedly.

“I previously coached high school lacrosse, and we used it for lacrosse, but it is appropriate for girls’ tennis too,” said Donnelly. “What it takes, is that you have to chase down every point, you have to stay in every point and get the ball back one more time."

“I think it really makes us bond as a whole because coach Donnelly will say the first part “All it takes”, and we say the end “Is All You’ve Got,” said senior Natalie Bowers.

“We say it before every match in our huddle and after every practice,” added Wolk.

Donnelly, who had previously coached in Nashville, TN, is already eager for next season to commence. His main goal is to improve on-court tactics between his doubles teams.

“We need to continue working on doubles. My doubles teams are great kids, but they need a little more coaching on how to work in some strategy during their matches. That was one thing we worked on coming into the match,” said Donnelly. “For instance, my No. 1 doubles team lost today, but they played long points and they executed our plan that we set out before the match. They are very coachable, they listen and are just extremely teachable.”

While Wood’s season was cut shot this year, seniors Natalie Bowers and Kylie Corless offer their returning teammates a few lasting words of advice to continue their budding success next season.

“The biggest advice I could give is to remain yourself, never give up and own what you do on the court. Never be sorry for the shot that you hit. Lastly, always get along with your teammates and have fun, because if you are too serious you’re going to beat yourself up over it,” said Bowers. 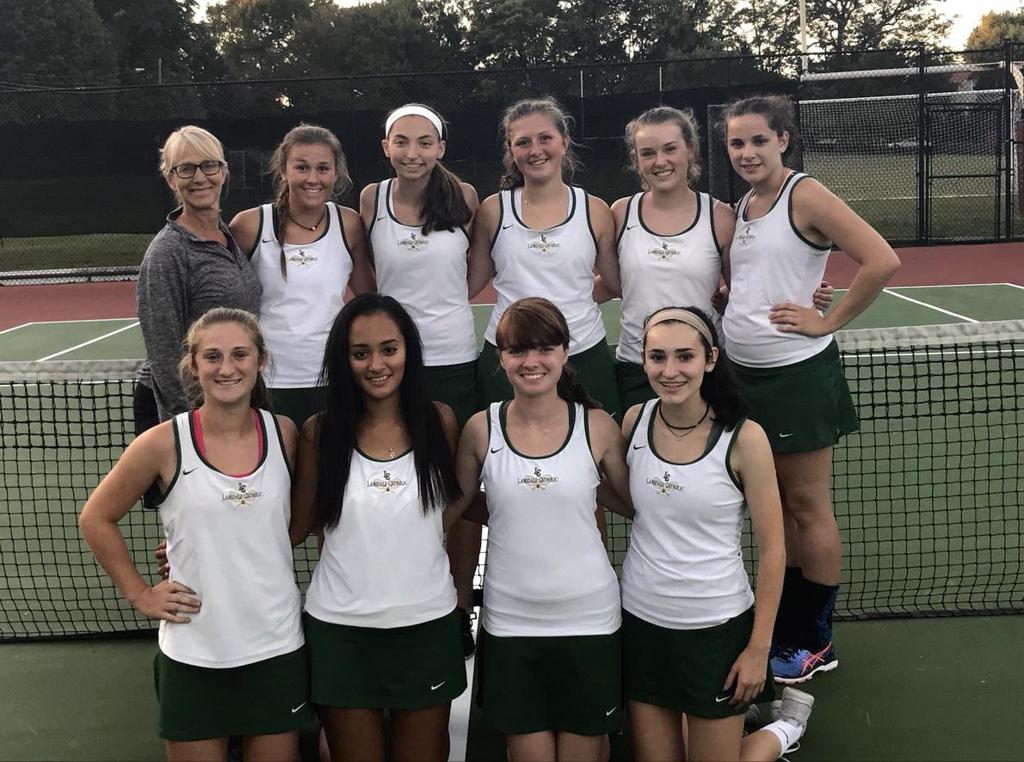 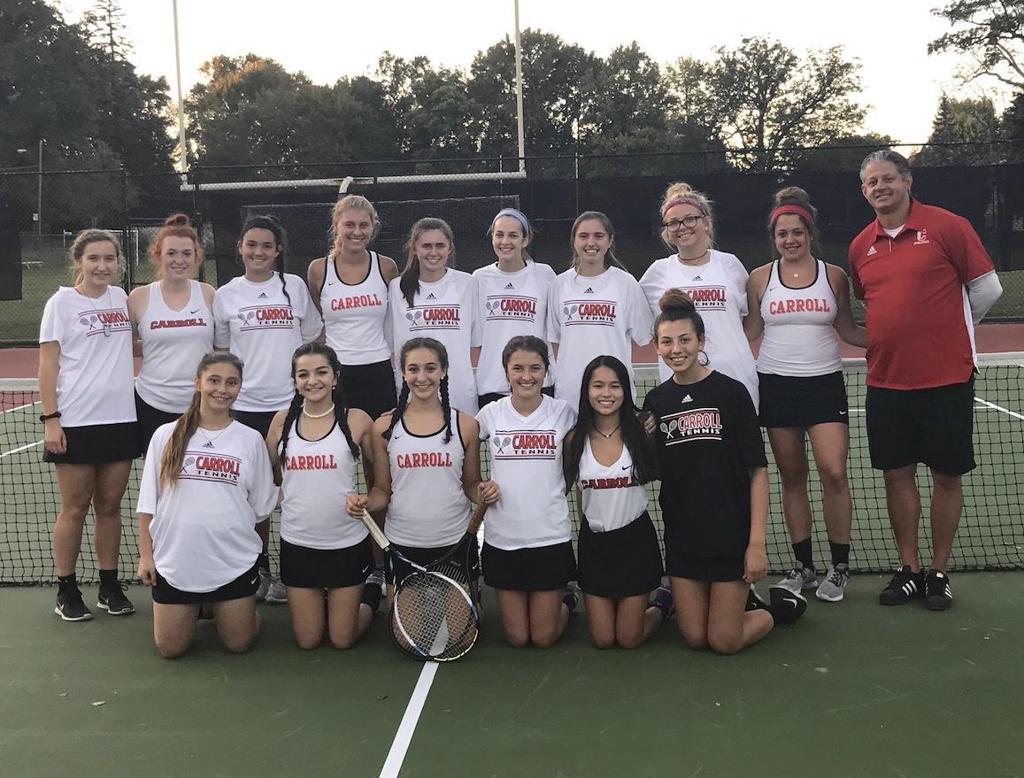 HAVERFORD, PA-  It was familiar territory as the Archbishop girls’ tennis team faced the Lady Crusaders of Lansdale Catholic at the Haverford School in the semifinals once again for a chance at the PCL Championship title. As you may recall, last year’s meeting ended in 3-2 nail-biting finish.

The Patriots had a tremendous season going into this semifinals match with a (7-1) record losing only to Cardinal O’Hara a few weeks ago.

Lansdale Catholic, (6-2) record, lost to both O’Hara and Carroll during the regular season.  They knew they had to bring their A game... and they did.

The weather was perfect. The atmosphere among both teams was just as flawless; each player respectful, courteous and kind to each other during and after each set.

The lady Crusaders defeated Carroll 4-1 and for the third year in-a-row Lansdale Catholic girls tennis will meet Cardinal O’Hara in the PCL final’s this Monday at Legacy Tennis and Education Center in Philadelphia.

“We had a great year. We ended up finishing second overall in the regular season and any of the matches could have gone either way. It’s sad to see the season end but at the same time, I get all year to spend time with them, see them in the halls and watch them play other sports,” said Archbishop Carroll athletic director and head coach Brady Kramer.

Next season, the Patriots will be returning their No. 1, 2 and 3 doubles players.

“We also have three underclassmen "chomping at the bit" to move up to the other three spots. So, it’s going to be another good year for Carroll tennis,” said Kramer.

Looking forward to the challenge ahead, Lansdale Catholic head coach Wendy Bradshaw is focusing on both the mental and physical aspect of the match against O’Hara.

“I think being told that you can do it is half the battle but you have to also come up with the performance of a lifetime to beat them (O’Hara). This combined with preparation, I think we may have a chance on any given day,” said Bradshaw.